Preview
Jackie Goldschneider Opens Up About Her Struggle with Anorexia 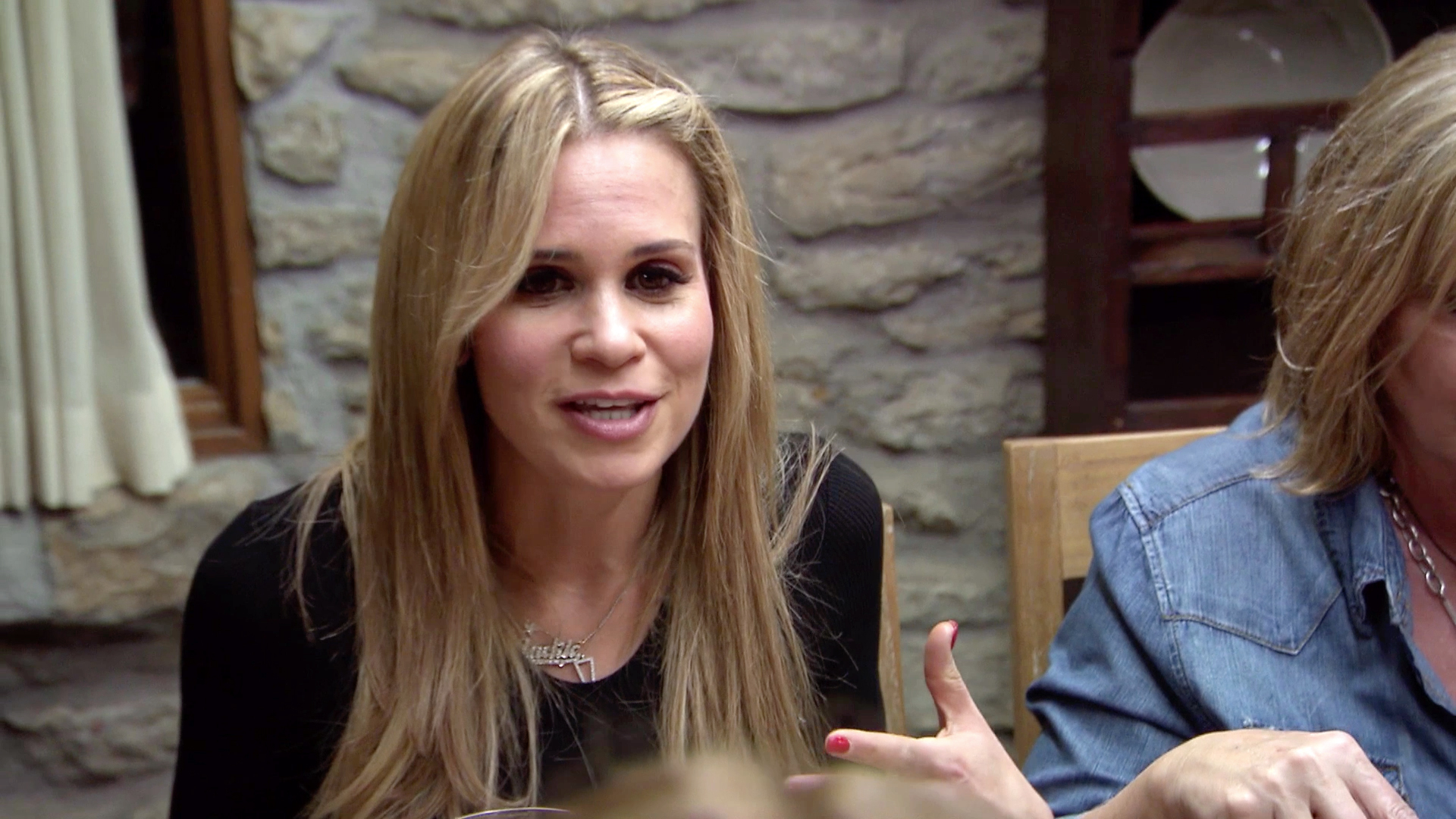 Since joining The Real Housewives of New Jersey cast back in Season 9, Jackie Goldschneider has been transparent about her past with an eating disorder. (See the clip above to relive the heartbreaking moment when she first opened up to her cast-mates about the illness.) And though she's come a long way in her recovery, Jackie is still haunted by demons from her past.

In a recent interview for The Daily Dish podcast, the Jersey mom reflected on her cast-mate's comments about her hesitation to snack while on this season's group trip to Jamaica. (Catch up here.)

"I feel like people are always watching what I'm eating because — and let me tell you how many times I've been out to dinner with other women where they're like, you know what? I'm just not hungry tonight; I'm just going to drink. And, like, I never question it. Like, there are times you're just not hungry," Jackie said.

She continued, "I eat enough for my body, but I'm not a huge snacker, and just because you're sitting in front of, you know, between meals, in front of a whole load of snacks and you're picking... if I'm not, it doesn't mean that I have an eating disorder. And that's why I'm always defensive, and that's why I'm always — I always feel watched. And, you know, at some times, it's really uncomfortable for me."

Jackie Goldschneider’s Kitchen Is for a "Hungry Family"