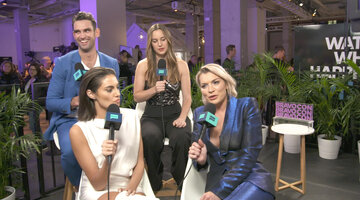 2:45
BravoCon 2019
Who Is Andy Cohen Dating? Bravolebs Want to Know 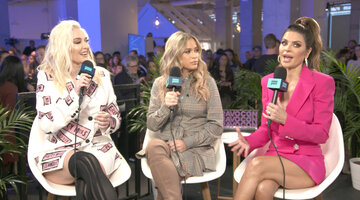 1:51
BravoCon 2019
The Real Housewives of Beverly Hills Dish on the New Ladies 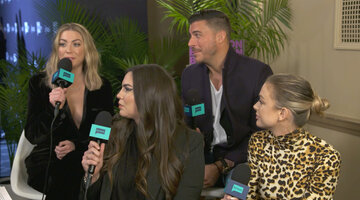 1:22
BravoCon 2019
Here's What to Expect from the New Vanderpump Rules Cast

Bethenny Frankel announced that she would not be returning for the upcoming Season 12 of The Real Housewives of New York City over the summer. But RHONY producers want to assure you that the new season will still be one you'll never forget.

Barrie Bernstein and Darren Ward addressed Bethenny's absence from Season 12 during The Real Tea with Bravo Producers panel at BravoCon on Friday, November 15. "Bethenny of course is Bethenny. We did three seasons without her in the middle, it was successful, a lot of fun, some of the best trips," she said. "And the ladies, they've done this for a while, and they don't need Bethenny. I think this season we're really excited to shine that."

Ward agreed saying, "It's a very good season. It's different. Bethenny's not there, but different sometimes is good, maybe even better."

Bernstein added, "You will all be suddenly surprised."

The RHONY ladies also noted during the Empire State of Wives panel at BravoCon on November 15 that fans should still be excited about the new season even if Bethenny won't be a part of it. “I think we’re better, we’re stronger,” Ramona Singer said, with Luann de Lesseps adding, “We have such a great season.”

As if all of that wasn't enough for us to want to watch the new season of RHONY right now, the newest New York City Housewife, Leah McSweeney, was also introduced during a special BravoCon edition of Watch What Happens Live with Andy Cohen Sunday night. "Obviously, they're all very unique and individual," Leah shared her first impressions of the RHONY crew during the show. "But what I will say is that they're all very badass."

But Dorinda Medley teased that Leah is the real "badass" of the group during WWHL. "I thought that I was the badass in town when I joined the show, but I think this one here puts me to shame!" she said.

Dorinda also teased the new season of RHONY during an interview with Bravotv.com at BravoCon (clip above). "Well, we always make it nice," she said. "I think it’s an exciting season."

Catch up more with the RHONY squad since last season, below.

Life is better as an Insider
Bravo Insider is your VIP pass to never-before-seen content, exclusive giveaways, and so much more!
Sign Up for Free
All Posts About
Bethenny Frankel
Dorinda Medley
Luann de Lesseps
Ramona Singer
BravoCon 2019
Related

Dorinda Says the New RHONY 'Wife Reminds Her of Someone