Sonja Morgan Responds to Ramona Singer's Comments About Her Weight 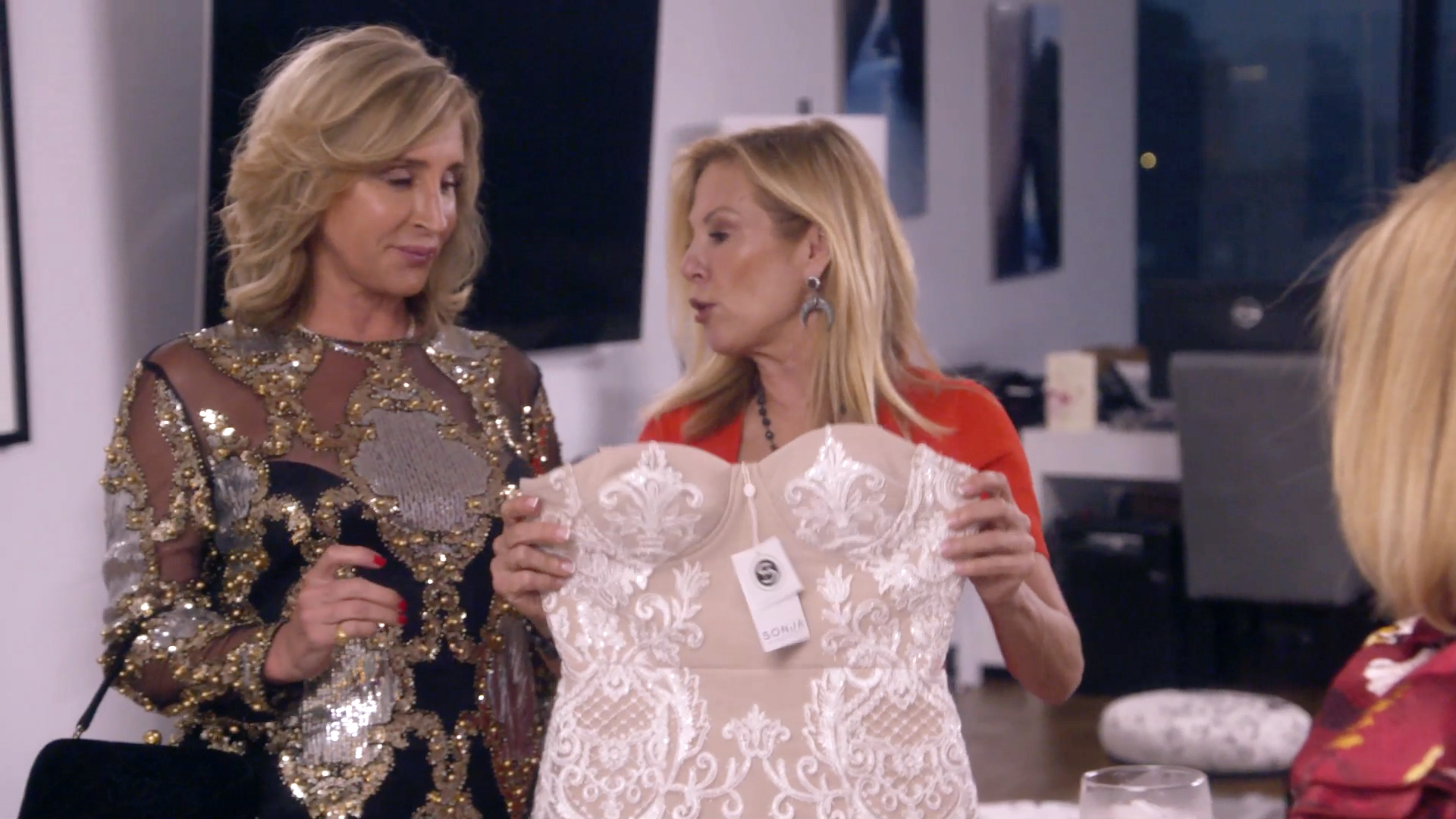 On the May 21 episode of The Real Housewives of New York City, Ramona Singer had some advice for her friend Sonja Morgan. The episode saw the women gathering at a Russian bathhouse, and that's where the soon-to-be-contentious conversation went down.

"I was so upset. When we were in the spa, in the locker room, Ramona tells me that I need to lose at least 10 pounds, because I'm beautiful," Sonja shared in the clip above. "I'm beautiful with weight on, bitch. I mean really?"

Ramona's comments came after another little chat she'd had with Sonja, where she'd advised the fashion designer to keep her drinking under control after witnessing Sonja's tipsy behavior at the orchard.

And she doubled down on Twitter. As the episode aired, Sonja tweeted: "Beautiful any size #supersize me. And check me out. It’s all good #rhony girl with a big mouth too."

Beautiful any size #supersize me. And check me out. It’s all good #rhony girl with a big mouth too https://t.co/QFzu75Sy17

In an ensuing tweet, Sonja once again shared a video of her bikini-clad body. The video was filmed at the desert spa where the designer has been self-quarantined, sticking to a juice-heavy diet that's free of sugar and gluten. "I want you to know I'm back to my fit, slim figure," she'd said in the original share.

And in her May 21 repost, Sonja added a little update: "Just saying. I'm back to eating."