Hi everyone! I hope you enjoyed the weekend and celebrated our country's independence safely with lots of friends and family around you! (Check out my Instagram @heatherdubrow to see how we celebrated.)

As I watch this episode I'm just stunned that there is yet another scene where Lauri talking about Vicki's alleged sexcapades. This is so beyond inappropriate. Why is she telling everyone ?

Packing for the snow. . .Brianna and Vicki are so funny together. I love their mother/daughter dynamic. And Gretchen and her "costumes." Watching Gretchen pack is hilarious. It's true, she does like a theme! Truth is, if anyone can pull off wearing a white jumpsuit, it's Gretchen! 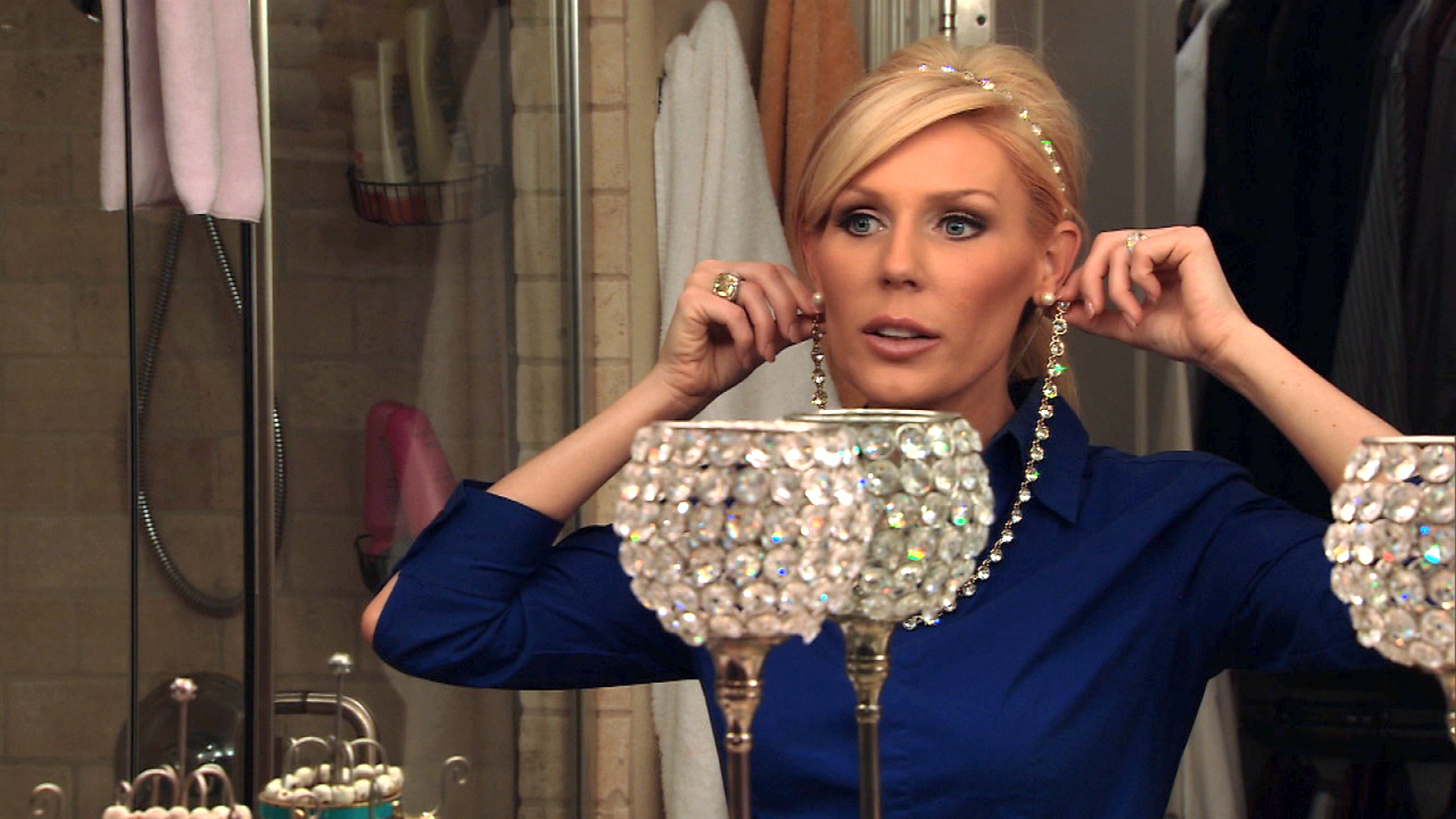 You may be wondering why I chose to go to Whistler for only six hours. It does seem pretty ridiculous, but I really wanted to support Lydia and make the effort to at least go there, meet her uncle, and have a quick dinner with the ladies. Lydia and I had become closer and I wanted to be there for her. I felt bad that my role on Malibu Country affected my attendance on the trip and I didn't want her to think that I just blew off the trip without thinking about her.

The bus ride to Whistler. . .I had high hopes for the trip when they told me there was champs on the bus. Apparently I was wrong.

When I announced to the group that I would be leaving Whistler early and why, Alexis and Gretchen's reactions were frustrating and a little hilarious. As you can see, I told Gretchen the same thing I told the girls at dinner the previous week. I didn't say anything at that dinner that I wouldn't have said directly to Gretchen. Had she stayed for dinner I would have told her then.

This whole bus trip is exactly what bothers me about some of the ladies. Completely ungenerous and competitive.

I was aware that casting had called Gretchen, Alexis, and a handful of other ladies to check availability for a small walk-on role, which ended up getting written out of the show.

No one denies that Gretchen was contacted to check her availability. The problem comes to the difference of being "offered" and "turned down." Gretchen used the excuse of this show to try and manipulate Tamra into disinviting Alexis from wedding dress shopping. It's not true.

I'm actually sorry I had the information. I wasn't probing anyone. It was an honest question and when the casting director answered it wasn't a big deal. I certainly didn't act "unprofessionally" as Gretchen said in her last blog. This particular casting director is someone I have known for years. Gretchen's reaction to this whole thing is so big and defensive -- wonder why?

Oh Canada! Lydia's uncle Greg was so cute and such a good sport! I was glad I got to meet him.

I have to say as sorry as I was about leaving the trip early, I was very glad to miss the drama on the mountain. I am really just so disgusted about the way Lauri has chosen to come back to this group. My understanding is she was not this way before. I did love how Alexis, Lydia , and Tamra were making snow angels while the drama ensued. Lauri was trying to make trouble for trouble's sake.

The drama continues in the snow next week and you will see how the Dubrow family is doing back at home. . .So stay tuned!

Send your questions to @OKmagazine and use #OKAskHeather. I am answering questions on etiquette, party planning, child rearing, health, and beauty -- ask away!