It was a great accomplishment for me to go to Callistoga, CA to be with my distiller Michael Nicholsen and to taste the final result of Vicki’s Vodka. We have decided to launch with four flavors -- Orange, Original, Bacon, and Lemon. I couldn’t be more proud of what we have designed. We are in the final stages of signing our distribution agreements and am promising we should have it on the shelves within the next few months.

It was a nice weekend get away with my partner Robert Williamson III and his wife Cate as we not only took care of the business, but it gave Brooks and I time together to discuss where we stand with our relationship. We had been broken up for a few months when we went on this trip together so it was somewhat awkward to see him. Once we got to dinner, it was nice to sit down to discuss the things that Lauri said without it being over the phone. No matter where our relationship ends up in the future, I am thankful for Brooks that his business knowledge and strength assisted Robert and I with forming the business. Without Brooks, Vicki’s Vodka would not be in existence and I am extremely grateful and thankful for him. 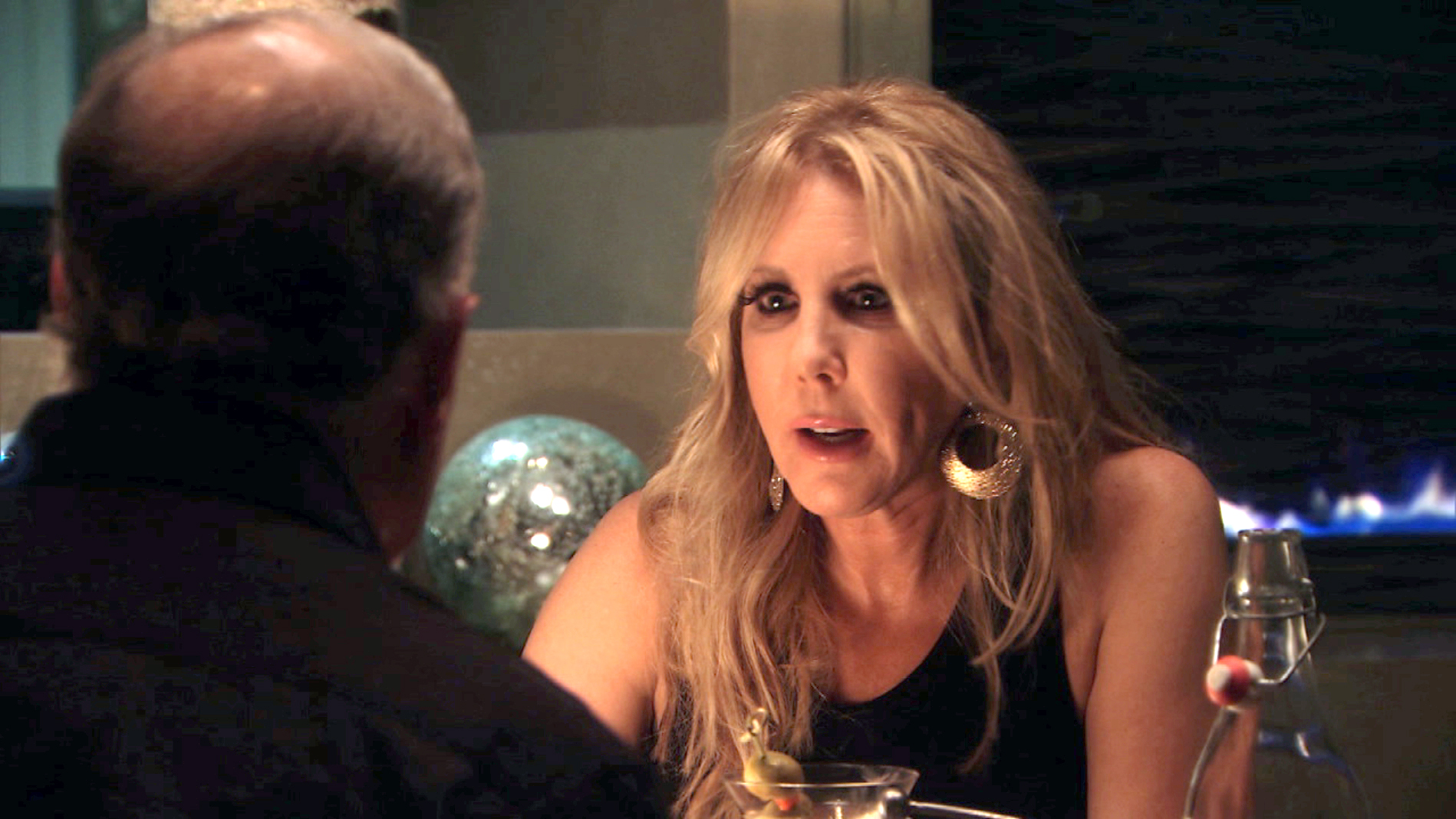 My conversation in my bedroom with Briana in my bedroom was difficult on me. It puts me at a really at an awkward position and makes me really sad. I want to respect her and her viewpoints, but it’s really difficult to do so because she hasn’t walked in my shoes. I am not in a rush to be married again, however I don’t really want to waste time if there is no future for Brooks and I. Unfortunately, you the viewers don’t know any of us unless you spent REAL off camera time to get to know us. Same is true with Brooks. He has gotten some really bad "backlash" from viewers, and the unfortunate part of it is people for some reason just love to hate. He’s not the guy that some people think he is.

I’m glad that Alexis and Gretchen went out for coffee to try and patch things up with them. The weirdest thing is I don’t know if they even know why they are mad at each other. Personally I think something got taken out of context and caused this entire mess -- or it could be jealousy. Who knows? But in the big picture, we can choose who we want to be friends with or not. If they are just not “feeling the love,” then personally I think it’s OK to just agree to disagree and move on. It seems ridiculous and petty to me and a waste of energy.

Preview
Betrayed or Just Making It About Alexis? 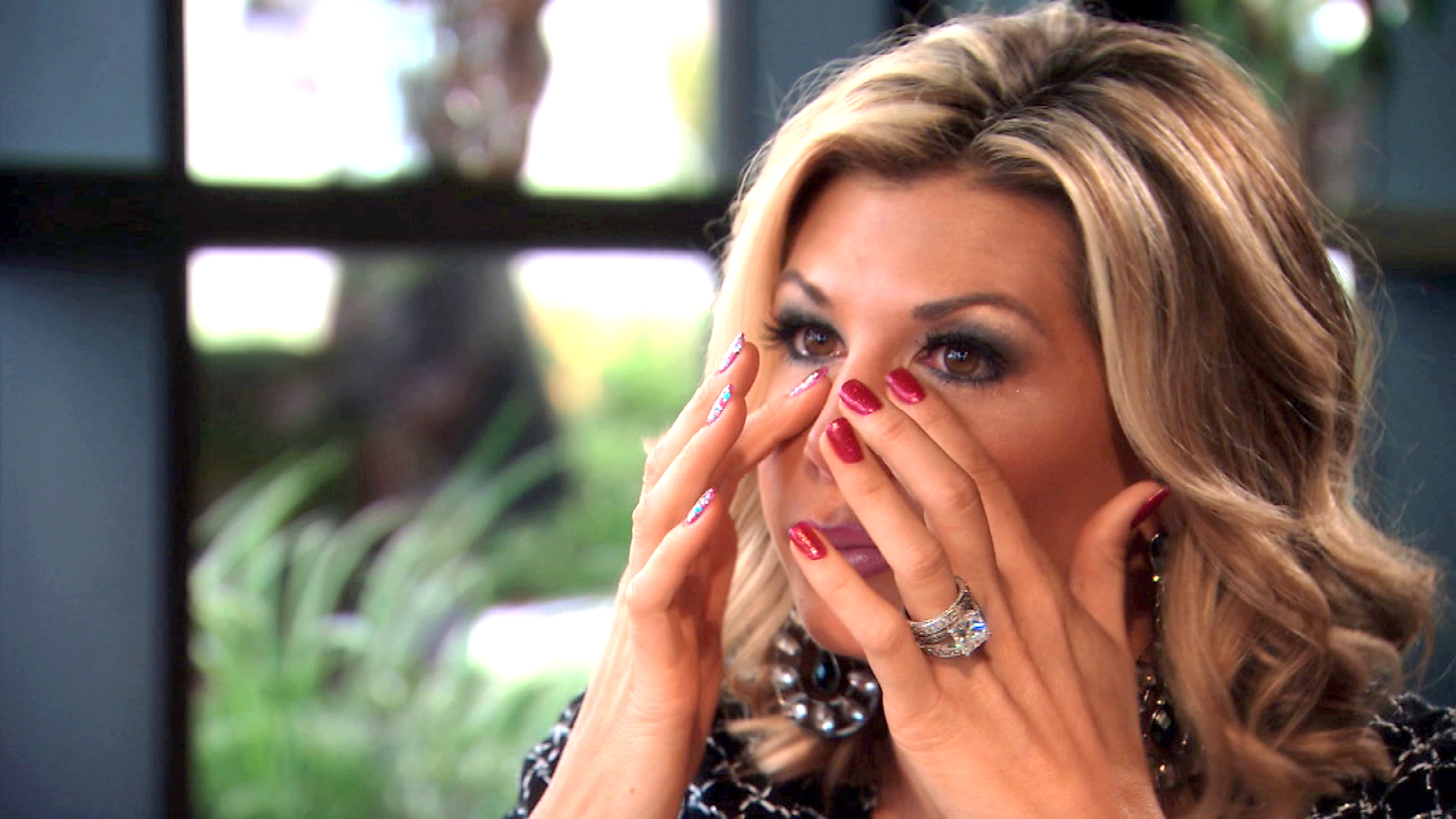 I loved watching Lydia have over their small group to their home. I have been in small groups thru my church at Saddleback on and off for the past 15 years. I really enjoyed the fellowship I had with other believers and I felt like it always centered me and made me feel like I was not alone with my problems. I always left knowing God has a plan for my life and that he loves me. When I’m in my meditation or prayer time that is what get’s me through life’s challenges.

I was so excited to watch Tamra and Eddie set a wedding date. Now that their wedding has already happened it was neat to see the start of their planning it play out on this episode.

Until next week -- keep smiling.

All Posts About
Vicki Gunvalson
You May Also Like...
Recommended by Zergnet
Latest Posts