On Lauri's Lies, Briana and Ryan, and Tamra

I hope everyone enjoyed the Memorial Day weekend. Having a son-in-law in the Marines and deployed to Afghanistan, made it a little more special to my family. Briana, Troy, and myself spent the weekend in the Chicago suburbs with my family celebrating my nephew's high school graduation. Everyone was so amazed on how big Troy got so it was a lot of fun. With seven bags (including the necessary stroller, carseat, play pen, three luggages bags -- Briana, I and Troy ) to say our journey of flying for five hours (due to a delay in landing at O’Hare) getting on the shuttle bus to the rental car area, waiting in line at the rental car place for one-and-a-half hours and then our one hour drive to my mom's was anything but easy. . .but we made it! Briana and I were both saying how much we missed having a man traveling with us to help us out, and she kept saying how much she appreciates Ryan and really missed him. It is sad, that they have to be apart during this time of having a new baby together but I'm glad I can be there to help them out.

Anyways, onto this week's episode. It was so sweet to see Terry and Heather go out to dinner and for Terry to give Heather that card. I think he really crashed that BRICK that I had talked about in previous episodes and I do think Terry learned from this. When Heather told Terry how much it hurt Heather about mentioning the "d word," I really think it sunk in. When you love someone, you really have to be careful of the tongue and how damaging it can be when you are angry. Marriage is hard work, and in order to have a successful relationship I think it's important to forgive and be able to learn from the mistakes and then never repeat them again. I was really happy to see that their little fight didn't continue on and that Terry did whatever he could to make Heather realize how much he loves her and their family. Enough said on that. Kudos to you Terry! I love you guys! 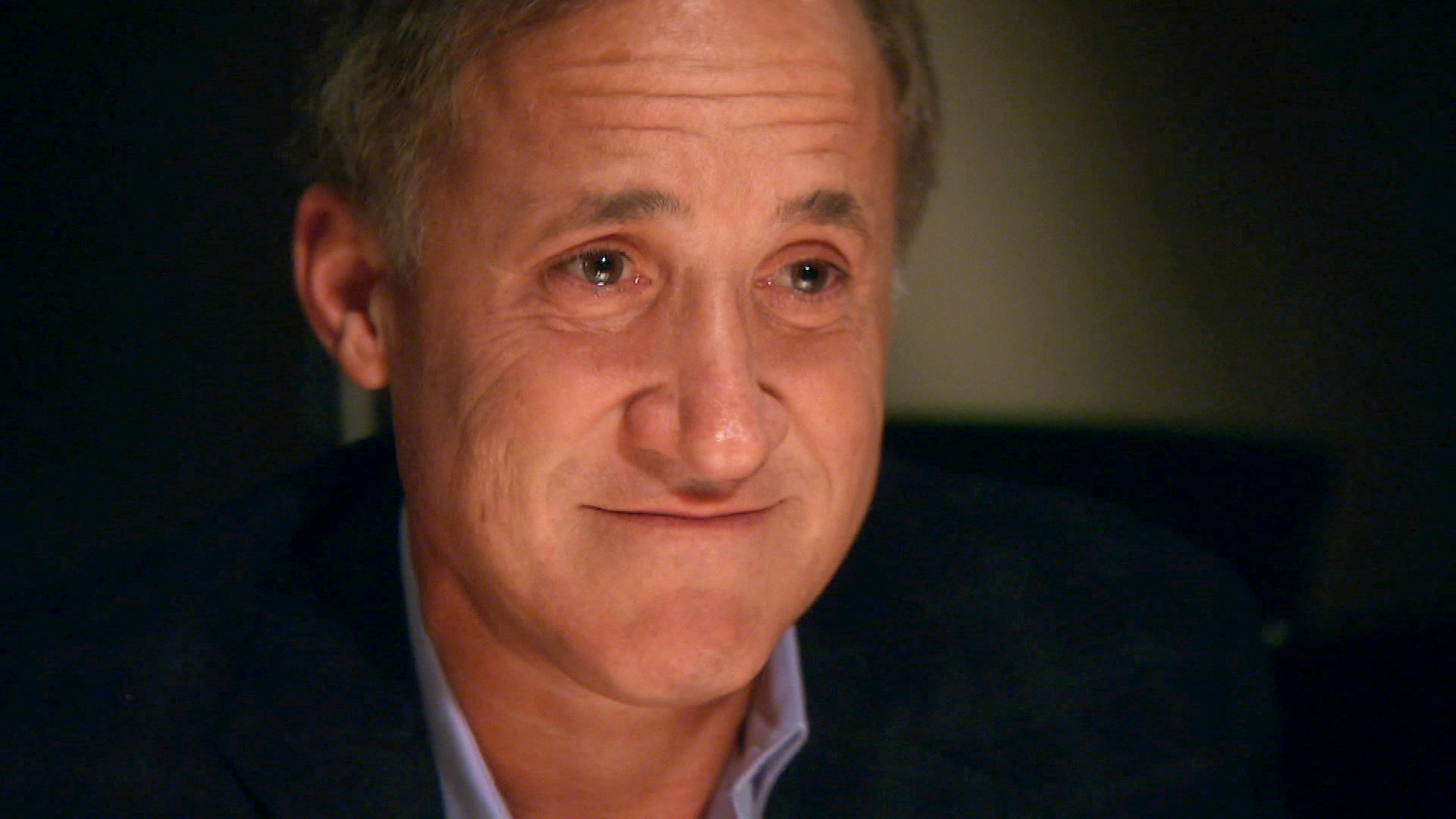 Lauri going ring shopping with Tamra was a joke to me. Last time I saw Lauri, she told me how much she couldn't stand Tamra and now she is acting like she is her BFF and confidant. I have no clue why she said what she did about having Tamra taking Donn's wedding ring. I thought that was very classless and very rude. Yes, the ring I bought Donn when we renewed our vows was amazing, but that is Donn's ring and how she ever even thought of Tamra using Donn's ring for Eddie was just very odd and quite frankly weird.

Show Highlight
All About Vicki 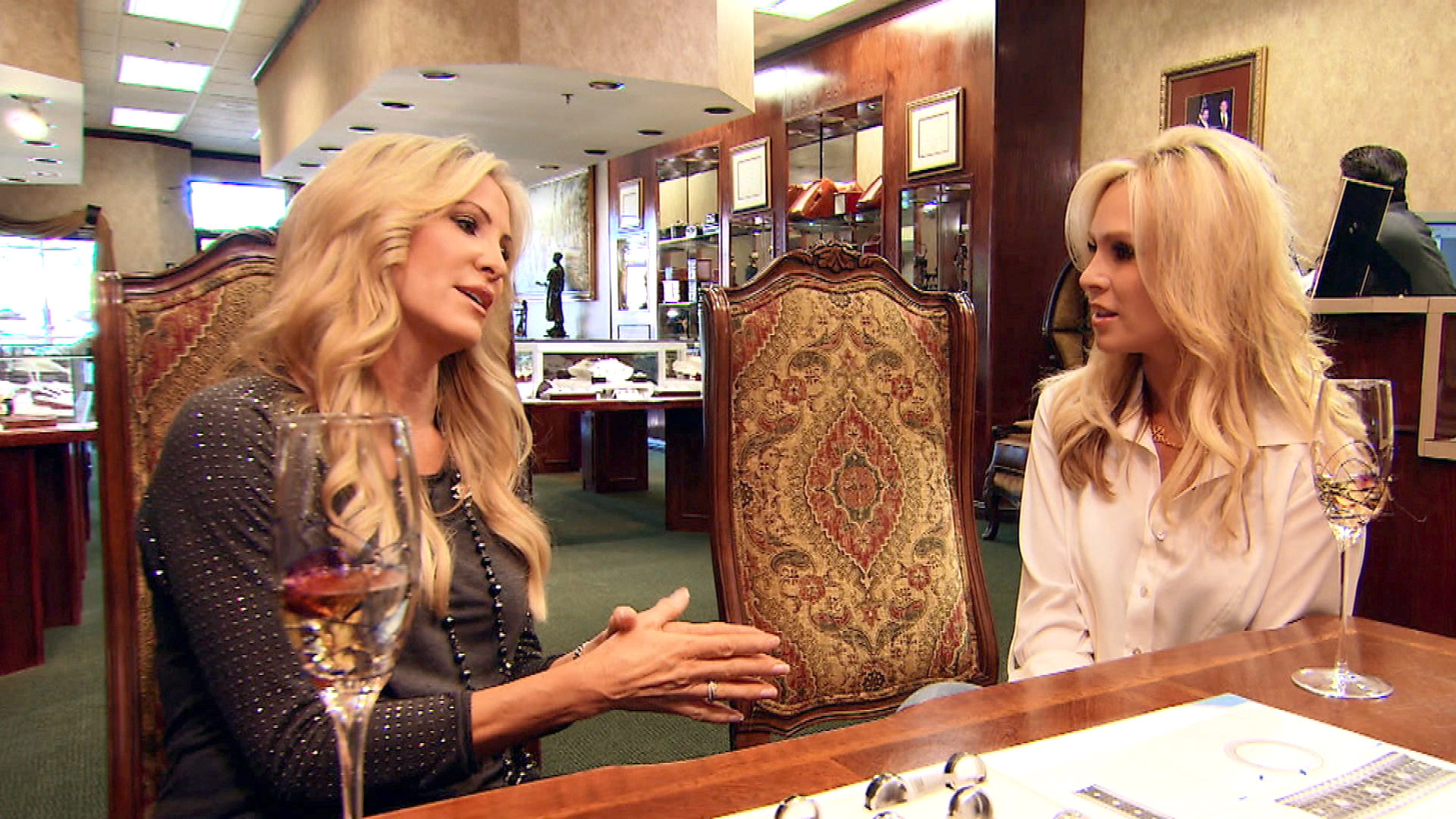 When Lauri asked Tamra if I was responsible for her marriage demise with Simon, I wanted to jump thru that TV and give her a piece of my mind. There is NO WAY I was ever responsible for their marriage issues. I am the one who told Tamra to stay married to Simon and to get counseling and to do whatever it took to save their relationship. Tamra can attest to this and for her to insinuate anything BUT that is a blatant lie and furthermore for Tamra not sticking up for me was just plain wrong.

When Lauri told Tamra that her and I stopped being friends when she started dating George because I wasn’t happy for her is also a lie. I wanted nothing more than for Lauri to be happy and to find a great man. I had been introduced to Lauri several years before we Season 1 through a mutual friend of ours. She was married to her second husband Philip and from the outside looking in she had the perfect life. Beautiful home in a gated community, Sophie was very little and Josh was no more than eight years old. Ashley was in high school, and all seemed perfectly normal at the Waring home. I remember thinking to myself, she had the perfect life. When I found out that her and Philip were getting a divorced I was shocked. I guess you never really know what goes on behind closed doors. I was sad to see her divorcing with three kids, but told her I would do anything to help her through the tough time that was ahead of her. I really liked Lauri and thought we were good friends and so when she reached out to me and asked me to help her get into the insurance business I was flattered and was all about helping her. Lauri hadn't worked in years and she knew I ran a successful insurance practice so I was definitely willing to help her out. Lauri worked with me for a couple of years, however she never really had the desire or passion to make insurance selling her career. I think I was just a stepping stone to her next relationship or marriage.

When she met George, she was so happy, and I in turn was happy for her. I wanted only for her to find love again, and for her to be happy. When she told Tamra I was jealous of her being happy, is again just a blatant lie. The real reason why Lauri got upset with me is from while she was dating George -- which you'll have to watch to see. The truth is I was trying to protect her and not hurt her when I was told some "not so nice" information about George that I did not feel the need to pass on to her. I was trying to protect her, but it backfired and I thought it was over and done with as this happened over seven years ago. Lauri is bitter and has come back into our group for one reason only, and it's to stir up trouble – and to try and get back on our show. I had seen her for several years after that "situation," and never once did she mention this to me until now. I guess she doesn't have much going on in her life anymore and wanted to come back with a vengeance. In any event, I'm happy she's happy –- but one thing I will not tolerate is LIES. Stay tuned!

I was very proud of Tamra doing her first speech at the women’s expo. Having done many public appearances and speeches myself, the first one is always the hardest. I think she did fabulous and am very proud of her. When she mentioned she attempted suicide at the age of 21, I was very shocked and sad to hear this. I never knew this about Tamra, as any attempt on ending your life is only a cry for help. I'm glad to know that she did get professional help and I was somewhat surprised that she never told me about this before. 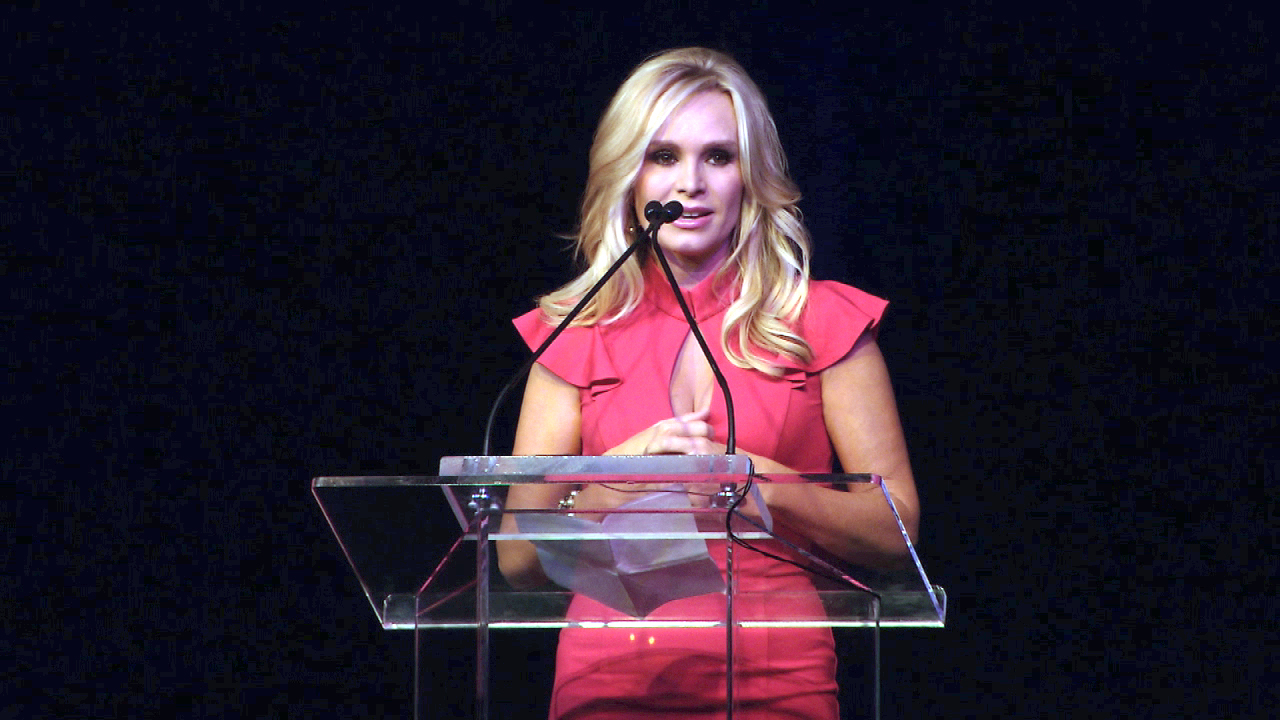 Having the opportunity to watch Troy so Briana and Ryan could go to the Marine Ball was great. They were considering not even going because they didn't want to leave the baby, but I encouraged them to have a night out together. The fact that I could go to San Diego with them to watch Troy, was a special time for me. I got to see Ryan all dressed up in his uniform, and Briana in her ball gown only six weeks after having a C-section was amazing. They are a handsome couple, so much in love and I couldn't be more proud of both of them. That's what life is all about now -- seeing my children happy.

Wishing you all a great week ahead. I'm so happy that so many have you have emailed me with the results of the FREE Rx prescription card Coto Insurance has mailed to you and am so happy to hear of savings you have obtained. Now that deserves a "Woo Hoo."

If anyone else would like to receive a free Rx card, please email Linda@CotoInsurance.com your mailing address and she will send it out to you as well. Let us know if you need more than one as we can send multiple cards out.

Lastly, please keep us in mind if you are in the need of a either a life insurance review or a new policy, auto, home or health insurance. We also specialize in 401k/IRA rollovers so if you happen to have a qualified plan that you are looking for a safe vehicle that will allow you to turn a guaranteed lifetime income stream on in retirement, we are the ones to contact. Please visit our website at CotoInsurance.com and complete the appropriate online form.

Blessings to everyone and have a great week.

All Posts About
Vicki Gunvalson
You May Also Like...
Recommended by Zergnet
Latest Posts