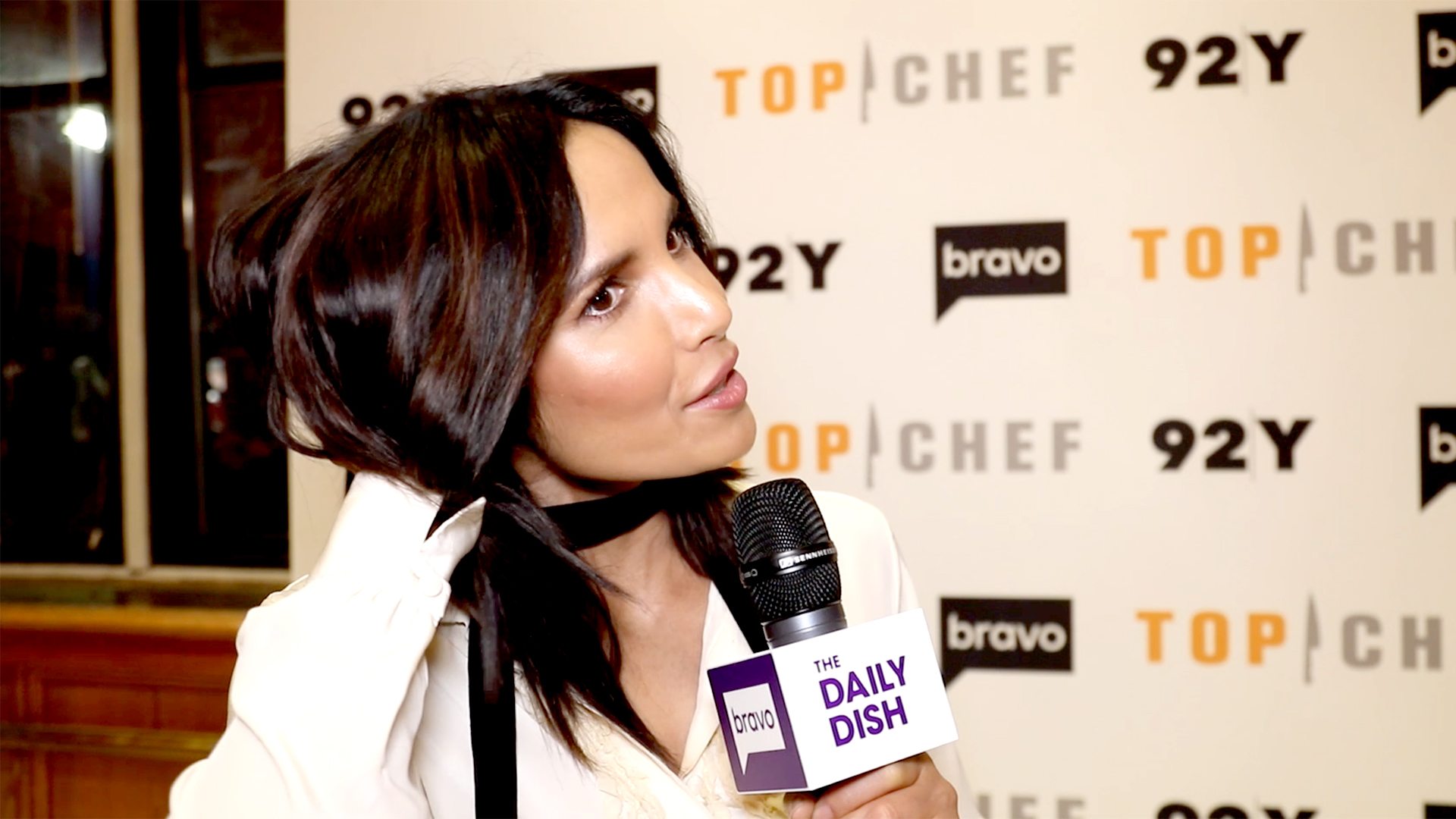 Padma Lakshmi kicked off fall in a "very goth" mood, and she kept the glam-meets-goth vibe going with her Halloween costume this year. The Bravo's Top Chef host, who spoke from the heart this month about racially insensitive Halloween costumes, dressed up as Natalie Portman's character in the Oscar-winning thriller Black Swan. Wow, Padma's ghostly makeup, tiara, and of course, that amazing feather tutu are completely on point.

Padma wasn't the only wicked yet fabulous character at her Halloween party: Her daughter Krishna dressed up as Angelina Jolie's evil queen from the film Maleficent. "Oops, we did it again," Padma wrote on Instagram. "Black Swan & Maleficent. Have a look 'behind the candelabra' in stories." Scroll through to see Padma's makeup in progress, and a video where she quite literally shakes her tail feather. Her makeup artist Birgitte Philippides Delaney posted even more behind-the-scenes photos of Padma's prima ballerina look.

Oops, we did it again 🖤 Black Swan & Maleficent. Have a look “behind the candelabra” in stories💄: @birgittephilippidesdelaney #halloween #littlehands #trickortreat

These are two "evil glam" trick or treaters!