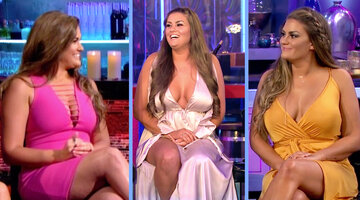 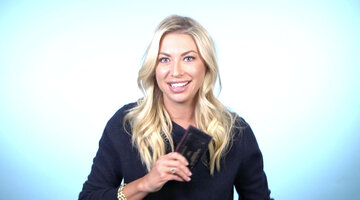 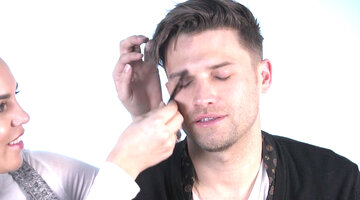 Scheana Shay has a message for her followers — and she's sharing it with no filter. On March 4, the Vanderpump Rules pal filmed an Instagram Story from a cafe in Australia, where she's currently on vacation. You might already know this, considering we've been ogling her sexy bikini snaps from said beach destination. Well, Scheana's message just happens to concern those images, so listen up:

With her photographer Courtney as her witness, Scheana had this to say: "So there's no filter on this Snapchat. Everyone is saying I photoshopped a photo. If I would have photoshopped it, I would admit it. So this is Courtney, my photographer."

Zooming in on Courtney's camera, Scheana showed a capture of herself in a bright-orange bikini. "As you can see, on the camera ... that is called a shadow," she said, showing the area under her arm up close. (Apparently, some followers thought she had photoshopped her arm to add more definition.)

But, nope! Here is the version of the pic that showed up on Instagram; and below is the very same photo, still in Courtney's camera.

But if Scheana's arms do look amazingly toned, it's because she's been working out with a trainer. In fact, you can read all about her fitness regime in a new e-book she wrote on the subject.

For more news from Scheana and the entire PumpRules gang, be sure to catch new episodes of the show every Monday at 9/8c.

Life is better as an Insider
Bravo Insider is your VIP pass to never-before-seen content, exclusive giveaways, and so much more!
Sign Up for Free
All Posts About
Fashion
Scheana Shay
Fashion Looks
Swimsuits
Related