Our Producer Shares Secrets From That Trip

Happy Happy Birthday to Stassi! This year Stassi wanted a low key, sophisticated birthday where she could chug wine like a grown up. Only her closest friends got the invite. . .plus her new friend, Vail. I guess she just wanted to keep Vail away from Jax for a night! See all the fancy times below.

Schwartz gave Stassi a homemade gift. How sweet! It symbolizes the good old days. Check out Schwartz's below. How crafty of him.

Boys' trip! What's more fun than four grown men jamming into a Mini Cooper! It took the boys over four hours to get to San Diego due to Friday night LA traffic (it should only take two hours). Ugh! But hey, when they got there, they were ready to hit it hard. Here's a taste of the fun they had.

Jax sends some tweets on the drive down.

The boys hit the pool and pop bottles. Peter never goes anywhere without his cowboy hat and a pair of cowboy boots. Meanwhlile, Sandoval clearly went back to the future with those shades.

After a day at the pool what is the first thing you want to do? Hit the club! Did you happen to notice all the primping that goes on for the boys? Peter straightened his hair, Sandoval does up his face, and Jax just practices his sweet dance moves.

The guys Raged with a capital R! Check out these late night and early morning after-photos in the gallery below. Jax was extremely hung-over. Yes, he is crawling on the floor. No more bottles of vodka for that guy.

Meanwhile at SUR, the girls are hard at work. Lisa hosted a Same Sky charity event. All the girls were thrilled to work the event. They each got to pick out necklaces and bracelets to wear during the event and even got to take some home. Not bad if you ask me -- do a little tray passing and get some jewels! Lisa caught me taking a photo of her. #busted 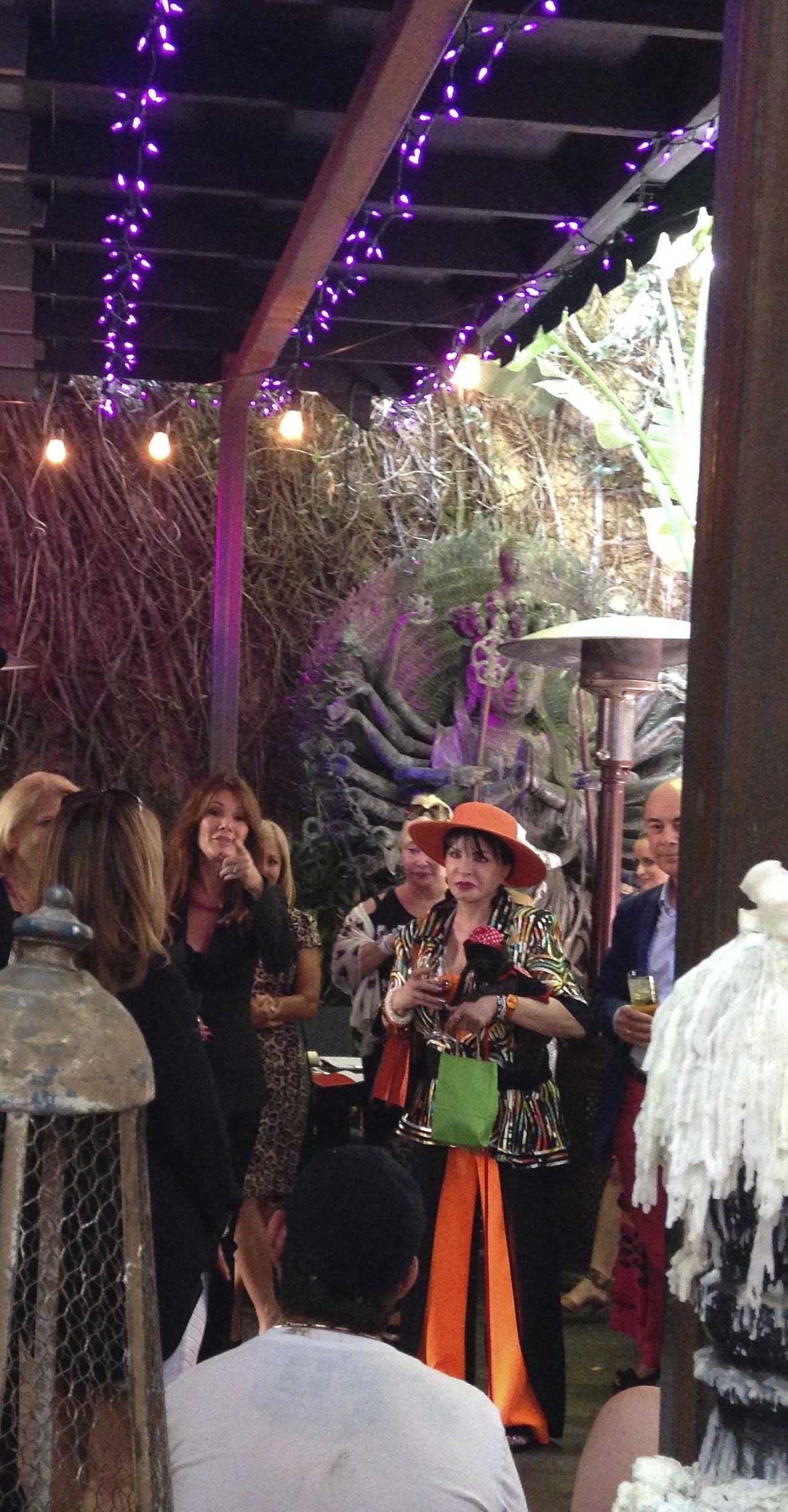 Sometimes, though, you have to sneak away and take a shot.

Scheana's wedding is quickly approaching. During her downtime she's always working on it. See her here during a filming break stressing out about the wedding invite list. Who gets a gold star and who gets the ax!

Scheana asked Lisa if she could have her bridal shower at Villa Blanca and of course Lisa said, yes! Pandora organized and hosted the beautiful event. About fifty of Scheana’s closest family and friends came to celebrate with her!

And then it was the showdown -- Stassi and Scheana meet face-to-face. Yikes! At least they agreed on something. . .that they are not friends. In the words of Stassi, "It's done."

Miami is approaching so naturally Sandoval needs to get a good base tan going. That man really does like a good tan! Tom loves tanning so much that he came up with a song about getting his ideal skintone that's sure to be a hit.

I will leave you this week with Peter showing off his karate moves.

Your First Look at Part 2 of the Vanderpump Rules Reunion

Lisa Vanderpump Shares an Update on the Garden at Tom Tom