Scheana Has Nothing Left to Say to Stassi

Ep 9: What Happens in San Diego
These two certainly don't mind modeling jewelry for a good cause.

I honestly don't even know where to begin with these people. I love how even at Stassi's birthday party she finds a reason to talk sh-- about me. The only reason I sent Jen and Jeremy an invitation late is because he kept asking me why he hadn't received one in the mail yet. We had several family members not able to fly out last minute and that opened up some spaces. We had 300 chairs and originally 350 invites sent out. It's not like I was desperate for people to come to my wedding and I needed to fill the chairs. People WANTED to be at my wedding. It was an insanely beautiful night filled with love, not negativity and bad people. Jen and Jeremy have always been friends of mine as well so yes, I extended a late invitation to them. I couldn't invite every single co-worker and anyone who has been married before would understand how difficult a seating chart is. Jen and Jeremy of course didn't come because Stassi wouldn't allow it. It's funny because a couple of weeks after the wedding, Jeremy said he really regretted not making it and heard how beautiful everything was. Even bitchy Kristina Kelly said she heard how amazing everything was. And I'm sorry, but for Stassi to say how "tacky" my invitations were and Kristina to say she wishes she was a fly on the wall at my wedding is beyond rude! My wedding cost close to $100k, so why would I want to waste extra money on paper for invitations that most people would throw away? There were several gorgeous invitations I looked at for $7 each. When I needed over 200 of them,. Yeah not going to waste the money.

I've got to say though I felt pretty bad for Vail being at that dinner. She must have felt so uncomfortable with a bunch of narcissistic snotty bitches who are up Stassi's ass (with the exception of Katie) I'm so happy Katie decided to come to Miami and put our differences aside because I truly love that girl. She's such an amazing friend and someone who I think will be a part of my life forever. Sure we've had our ups and downs but at the end of the day, she has a heart of gold and I truly love and respect her.

I literally almost spit out my drink when I heard Stassi say her and Kristina are "positive people." Are you kidding me!??? Stassi is the most negative, cold-hearted bitch I have ever met in my entire life. They're "loyal" to each other because they don't have anyone else. Kristina does whatever Stassi wants, and Stassi takes full advantage of having a pathetic follower excuse of a friend. For Stassi to say I "didn't give her a choice" of being one of my bridesmaids is also a joke. When she and I were super close she would tell me all of the time, "You're getting engaged soon, I can feel it." "I better be a part of your bridal party" "If I'm not one of your bridesmaids I'll kill you." Etc, etc, etc. So yes, I clearly didn't give her a choice? OK.

After that sit down with Stassi, I have nothing left to say to her. I don't ever want to be her friend again and I can go on living my life, being the happy married woman I am. 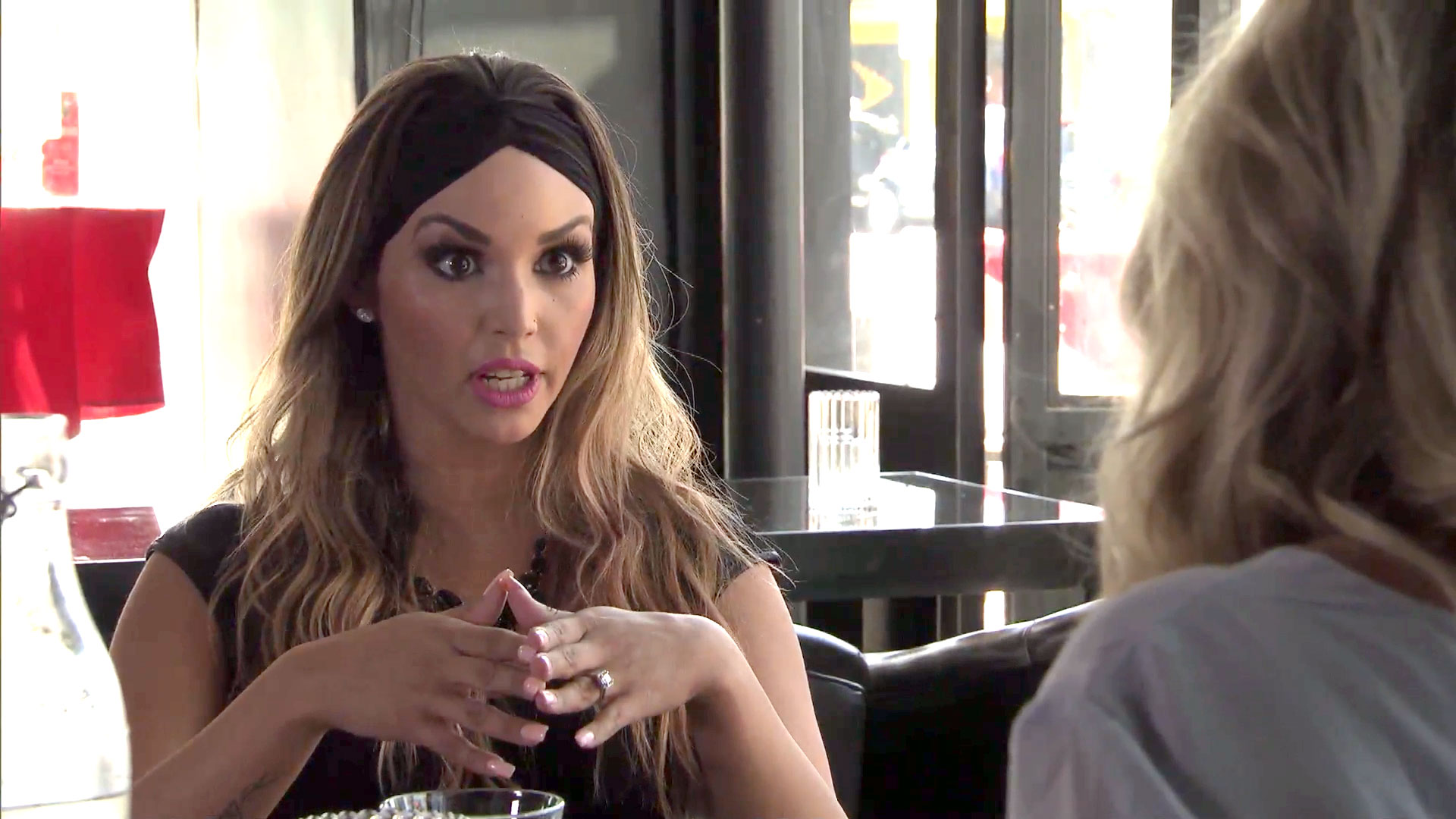 Dayna Kathan Reveals She Was Absolutely "Obsessed" With Max Boyens

The Vanderpump Rules Reunion Is Full of Tears

Which Home Would You Rather Live in?

The SURvers Reveal Their Feelings Heading Into a Virtual Reunion