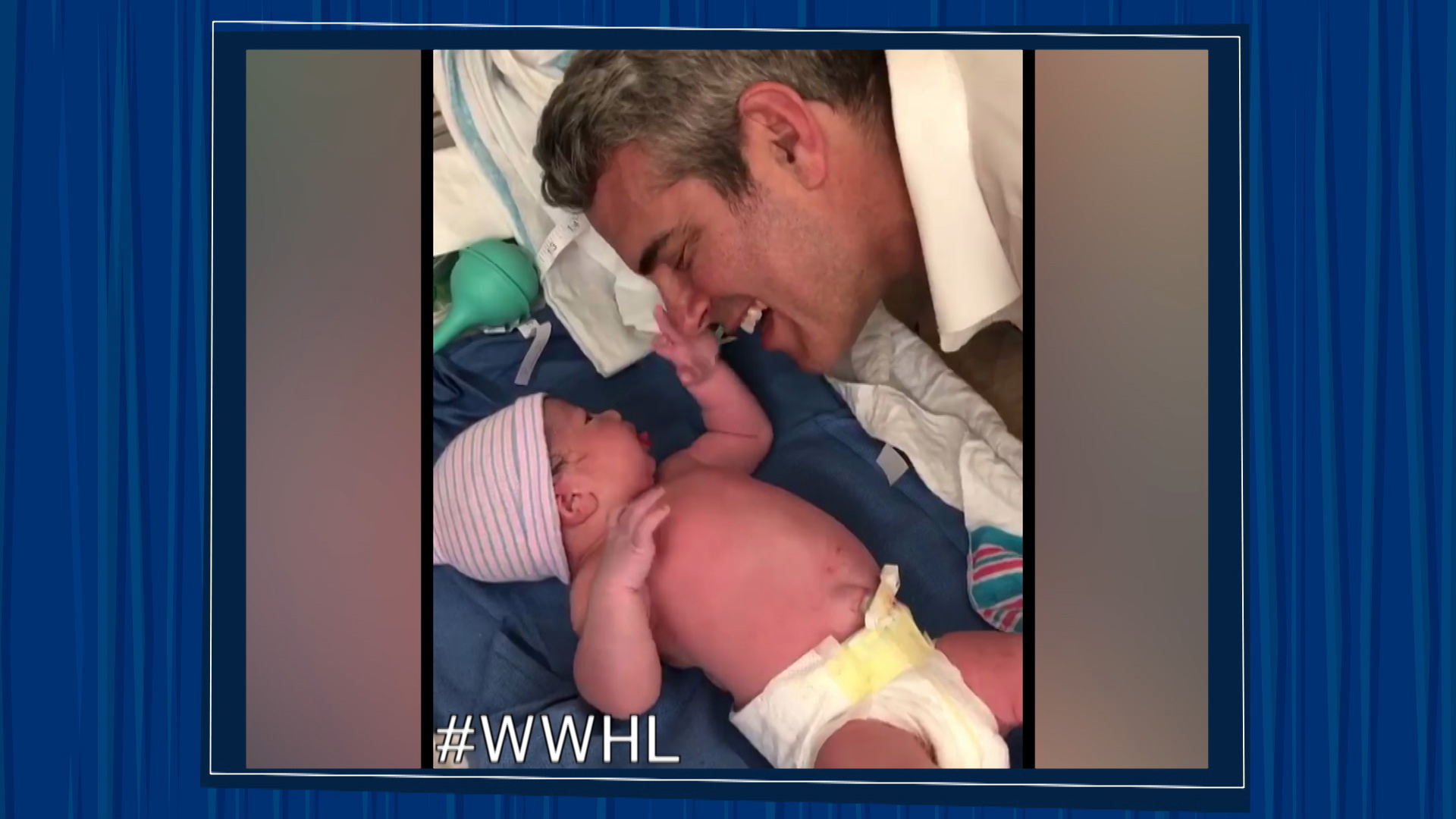 February 4 is a very special day for Andy Cohen, and consequently, it's a big one in the Watch What Happens Live With Andy Cohen Clubhouse. You see, Andy's adorable son, Benjamin Allen Cohen, just celebrated his first birthday. And by the time the late-night talk show started rolling, Benjamin and his loved ones were still celebrating backstage.

In behind-the-scenes footage, proud papa Andy showed off a festive, multi-colored cake that had been sent to him for the special occasion. "I mentioned how kind people have been across the county, to Ben and to me," Andy said. "Great example: Sugaree's Bakery in Mississipi sent us this gorgeous rainbow cake. We're enjoying it at Watch What Happens Live," Andy said.

PS: He had just the ensemble to eat that rainbow cake in: "Yes, I have a dada sweater on," he shared.

Benjamin's not the only little one who's celebrated his birthday with some rainbow-hued confections. The Kardashians have also feted their kids' birthdays with cakes that represent ROYGBIV.