With Andy Cohen About to Be a Daddy, Is This the Future of the Shotski? 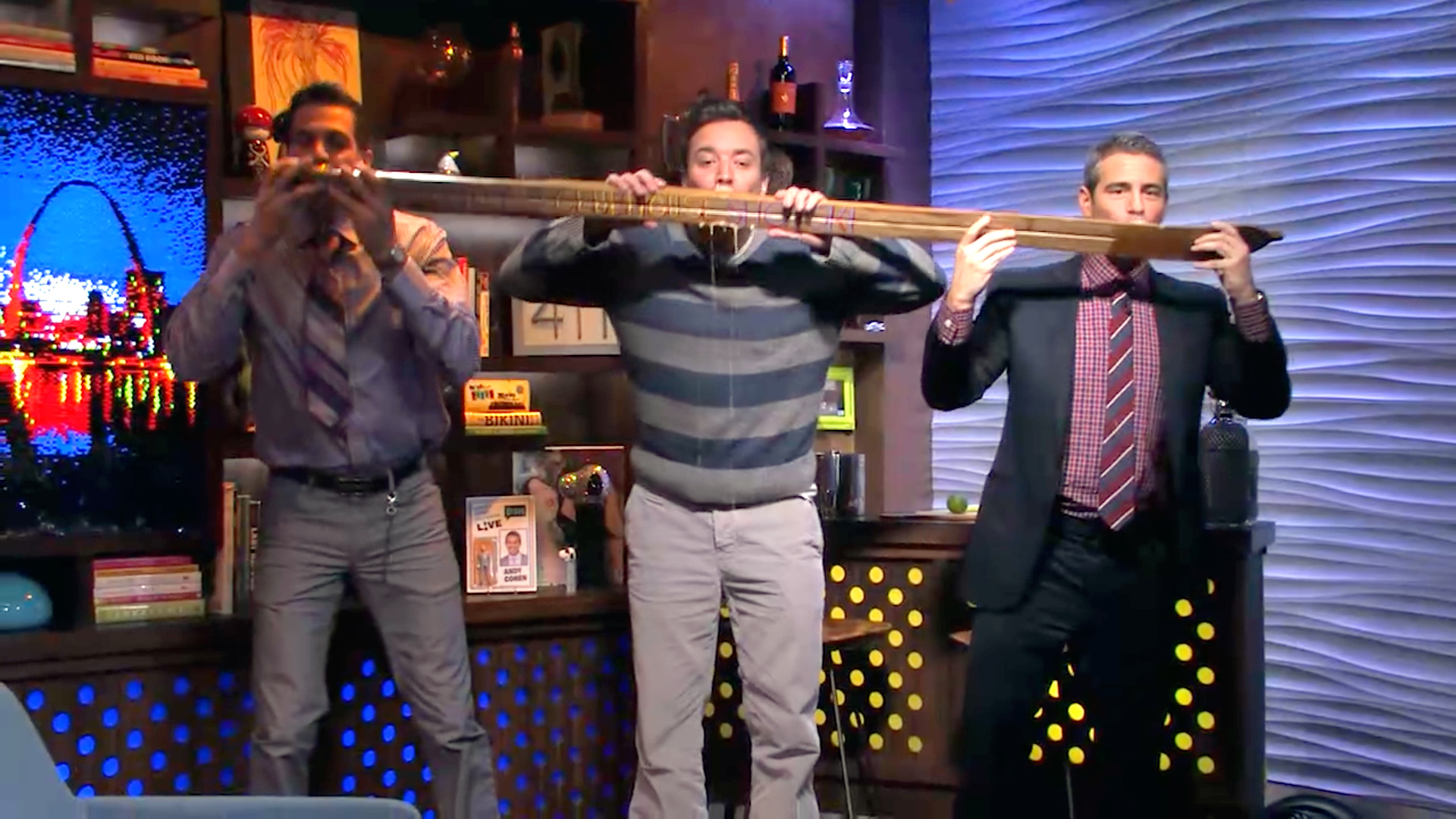 In the Watch What Happens Live with Andy Cohen clubhouse, there are few features so famous as the shotski. The ski, which is kept behind the bar, is a serving vessel that Andy Cohen has used to take shots with everyone from Martha Stewart to Jimmy Fallon. (For the uninitiated, watch the clip above for a demonstration of how a ski can be used to take a shot. You'll see!)

Typically, of course, the shots are of the alcoholic variety. But when Chrissy Teigen appeared on the late-night talk show alongside John Legend on January 17, she put a genius spin on the Clubhouse tradition.

At the end of the show, Teigen surprised daddy-to-be Andy with a shotski loaded with baby bottles. She explained that since she and her husband wouldn't be able to make Andy's baby shower, they wanted to celebrate with him then and there. And celebrate the trio did, each taking a ceremonial sip of milk (yep, Teigen confirmed that it really was milk) from the storied ski.

Take a look at the milky shotski in action, below.

Shotski: The Next Generation, thanks to Chrissy & John ♥️ 🍼 #WWHL (📸: @charlessykes )

Who Actually Invented the Shotski?

How COVID-19 Has Impacted Restaurants from Jonathan Gold Tribute