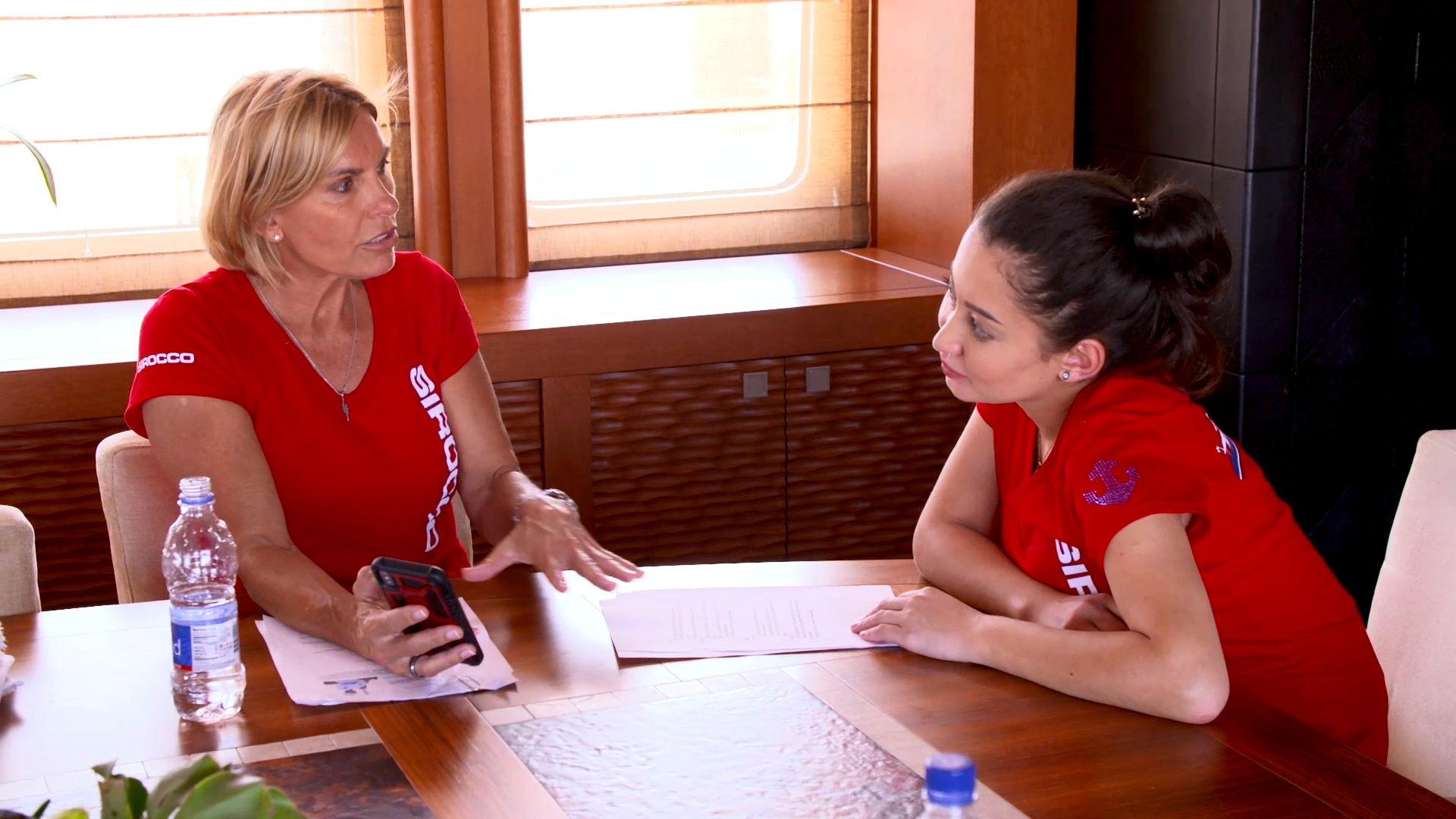 It wasn't long after Below Deck Mediterranean kicked off Season 4 and viewers met a female chef for the first time in franchise history that Mila Kolomeitseva raised some eyebrows by serving pre-fab taco shells to yacht charter guests. But even before viewers (and the rest of the charter crew, and superfan Chrissy Teigen...) cringed at that Mexican spread, Below Deck Med chief stew Hannah Ferrier registered some major concerns.

Sitting down with The Feast at Bravo HQ in Los Angeles, Hannah told us that Chef Mila's order in preparation for that meal flagged unease. "Pre-packaged taco kits..." Hannah told us, "It just raised a lot of red alarms because that’s what I cook at home on like a Tuesday."

It's not that Mexican food is verboten on a yacht, Hannah explained. But it's that it needs to be scaled and elevated for the expectations of the guests. "If you’re gonna do Mexican on a yacht, you need to make your own tortillas," she said. "You can’t be putting Old El Paso on a charter guest’s table to eat."

Captain Sandy Yawn also sat down with The Feast to share her thoughts on the significance of working with the groundbreaking chef.

"A chef is very critical to the boat — because if the food’s bad, the charter’s bad," Sandy explained. "The weather can be bad, but the food carries the charter. You can talk to any captain and they will agree."