Impressive; powerful. Exhibiting both complexity and a virtuoso flair.

Preview
The Stud of the Sea Returns! 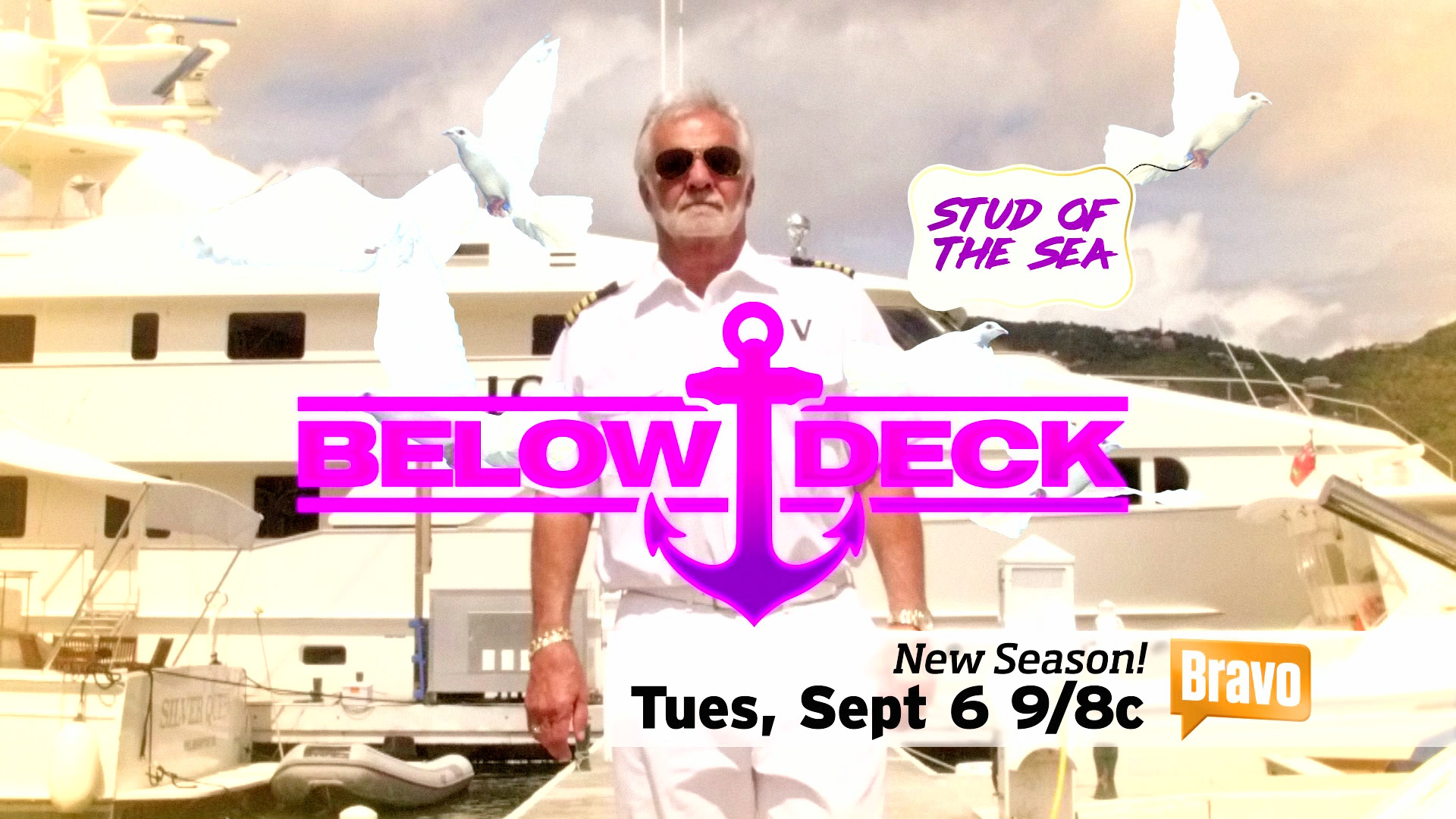 Everyone knows Captain Lee is the “Stud of the Sea,” but I’m pretty sure there are more than a few people out there who wouldn’t mind having the Valor bosun as their mate for at least a quick dinghy ride or two -- that face, those muscles, the dance moves… Kelley more than deserves the prestigious title of “Mariner Magic Mike.” And although I know Amy missed having her brother on board last season, it’s probably for the best that Kelley was not on Eros with us. I just don’t think Leon would have been able to control himself around the Texas farmed Grade A beef cheeks Kelley brings to the crew mess table.

Mischievous, irreverent, typically in an endearing or amusing way.

I’ve always wondered if Ben would get away with half the things he says if he didn’t have that oh so charming British accent. But then I think, “What fun would that be?!” and go back to laughing at whatever hilarious statement he’s just made while we’re working together. Unless of course it’s breakfast time. Or a 4pm clam bake. Or a birthday cake needs to be made. Or it’s dinner time. Or we have gluten free guests. Or vegans. Anything involving food really. But other than that, it’s a never-ending buffet of LOLs in Chef Ben’s galley. Good times.

Having the qualities of a freak. Very odd, strange, or sexually promiscuous.

I don’t really think Nico is that odd, but he does come up with some great unexpected one liners. And he made it clear from day one that he likes to let his freak flag fly on occasion.

I mean, the guy was holding an apple in his resume photo for starters.

Mellow, deep, and rich of a voice or sound.

Does it really matter if no one can understand what a person is saying when their tone of voice is as lovely as Kyle’s? Unless we get some charter guests from northern England, let’s hope not.

Excessively sentimental or sweet.
Romantic to the core, Kyle’s budding love affair gets ripe this season…almost bananas some might say. It’s basically only because of our busy work schedule that Valor’s limey pear of surprising love birds cantaloupe before the last charter ends. Juicy.

Hailing from Australia -- the land of ‘mates -- Lauren did really well fitting in with her male coworkers on Valor. In fact I think out of all of the female deckhands in Below Deck history, Lauren was the best at the male/female deck crew dynamic. Pretty sure Jen Riservato and Jennice Ontiveros would agree with me. It’s really no surprise to me that Lauren knows how to win friends and influence people wherever she goes. In fact she had that very book on her nightstand for most of the season, although I don’t think our busy charter schedule allowed her much reading time.

Sometimes options can be limited on yachts, so every good stewardess needs to know how to use whatever’s around for a desired outcome. This is definitely Emily’s strength, but she’s far too modest to admit it. During the white party for example, she carefully twisted some coffee filters into those super cute pom-pom hats the guests were wearing. Even to this day Emily’s designing ways continue to surprise me on a regular basis.

Her last name is Storm, people, so I feel like this dwarf name was an easy, breezy no brainer for the stewardess with cover girl good looks. I loved Sierra’s free spirited and cheerful attitude. She was such a breath of fresh air after my third stew situation on Eros. That one totally blew.

Some people probably think mine should be “Bitchy,” but to them I say pretend I have a British accent. And this is all just for fun, I honestly think all of my crew members did an amazing job on Valor and it was my favorite charter season thus far working for Captain Lee. Because I have to assign myself something, from the pun count alone in this piece I feel like I fairly earned “Witty,” but I can compromise and will go with the happy bitchy witty medium: “Snarky.”

Did You Catch That Moment When Trevor Ate His Booger?

2 days ago
After Show