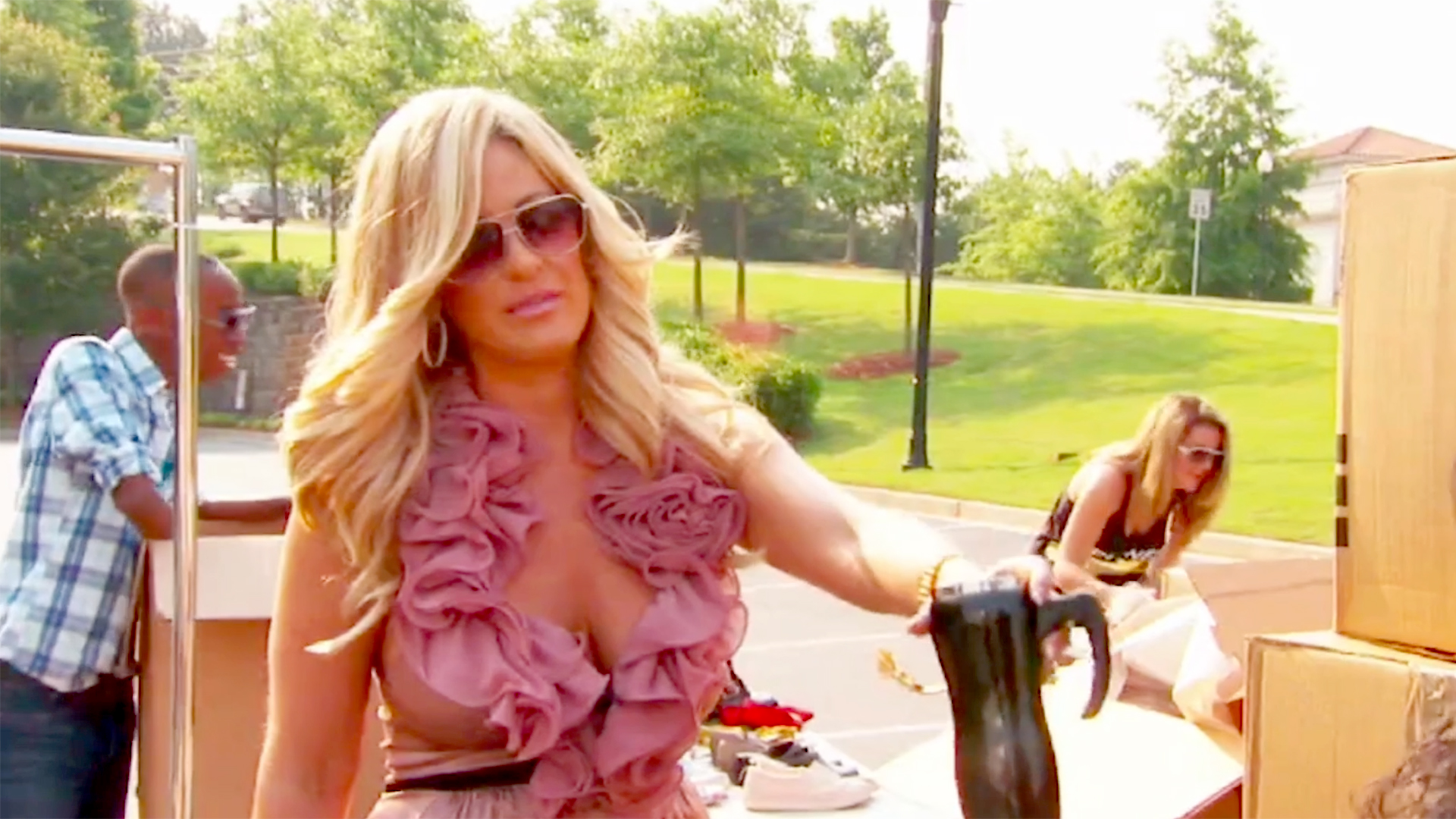 It's no secret that Don't Be Tardy's Kim Zolciak-Biermann and Khloe Kardashian cheer each other on. Khloe is an open fan-girl when it comes to Kim's line of Kashmere products, and Kim was even a guest at Khloe's baby shower back in March. Now, Kim is using her social-media platform to gush over her friend's latest products. (Catch up on DBT here.)

As part of her Good American clothing line, Kardashian recently introduced athletic gear. When she announced the collection in July, the famously buff Kardashian sister tweeted: "[Good American] activewear launches August 2! Over a year in the making and as you all know fitness is my passion and I'm so proud of this line!" And as Kim showed, Khloe has every reason to be chuffed.

Posing in fitted leggings and a crop top from the line — and looking amazing, we might add! — Kim wrote: "Safe to say I'm obsessed with [Good American's] NEW workout clothes!" She added the heart-eyed emoji, and having the same reaction to the clothes over here at Bravo HQ. Take a peek:

That's some fine-looking fitness apparel if we ever saw it! Scroll down to see where to buy it for yourself.

You Have to See Kim Zolciak-Biermann as a Brunette