Preview
Jeff and Shannon Roll Around on Rugs 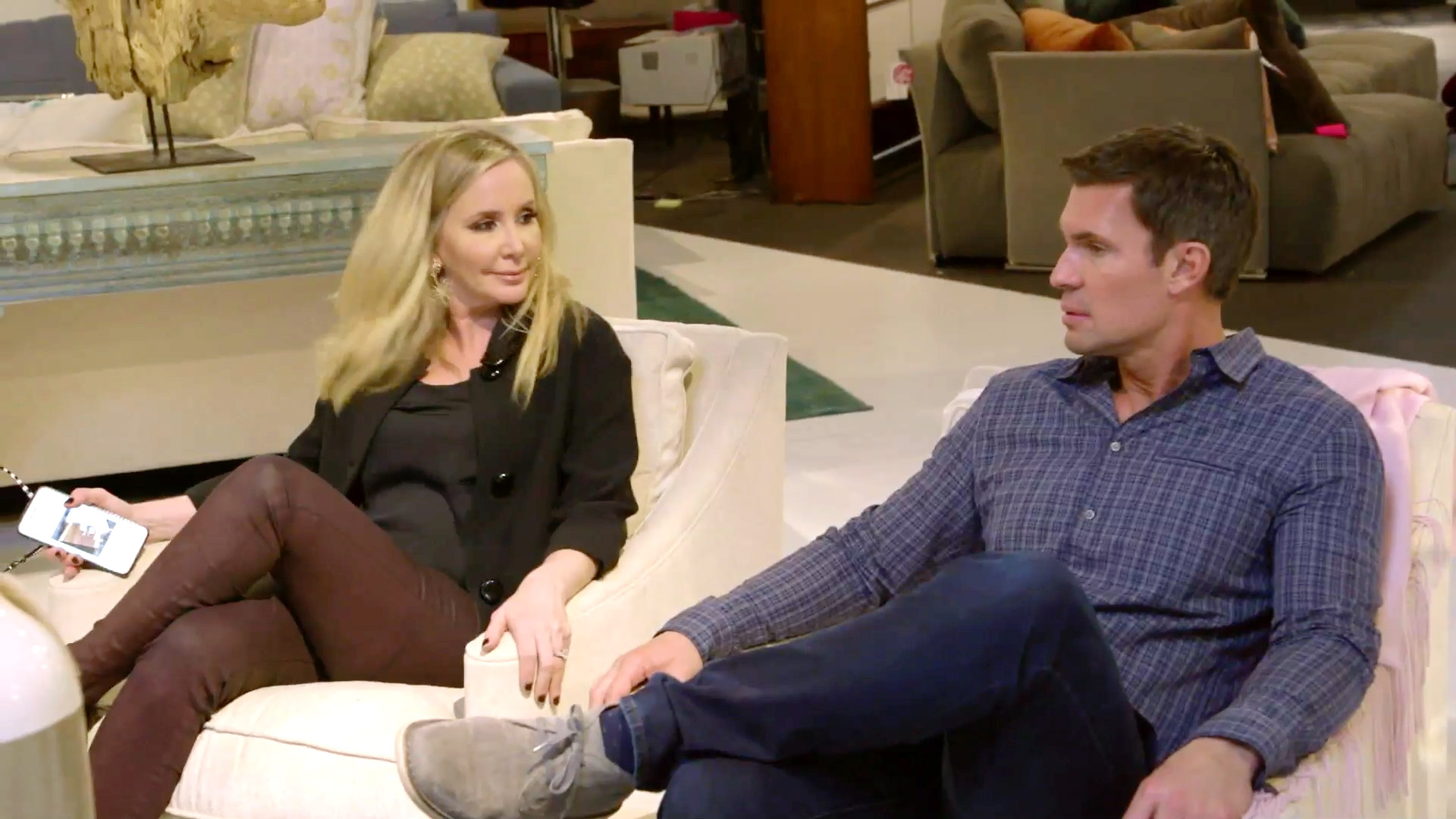 This Flipping Out slash Real Housewives of Orange County friendship affair is the real deal, ya'll. If Jeff Lewis, Jenni Pulos, and Gage Edward surprising Shannon at her beautiful vow renewal wasn't enough, just check out the gang's hijinks picking out rugs (above). If rolling around and hiding in a furniture store isn't true friendship, we don't know what is. We mean, Jeff did say that Shannon was his favorite Housewife! We caught up with Shannon to gives us all the adorable deets about this Bravo match made in heaven.

Apparently, these two fated friends -- and we mean fated, they share the same birthday -- were brought together by a fellow #RHOC 'Wife. In Shannon's words, "I met Jeff Lewis through Tamra Judge. We met in the afternoon for cocktails in Laguna Beach and never ate dinner. That was a recipe for a first crazy night." Oh we can only imagine the trouble a Beador-Lewis pairing makes. Shannon says she immediately felt at ease with our Flipping Out crew, "I think it was friendship at first site. We are similar in a lot of ways. I feel the same way about Jenni and Gage. It was an instant connection for me to all of them and we all have a close friendship today."

And if that wasn't enough she gaves us some memorable moments of her friendship with JLD that are giving us major #squadgoals. "I have a lot of favorite memories with Jeff and all of them include a lot of laughing. Getting driven to a bar with him and he and I sitting in the trunk and having photographers take pictures of our exit with my Spanx showing. Jeff going through my Christmas cards after a few cocktails giving me his comments on the photos. I could go on and on..."

Oh we wish she did! Just check out these shots below and try not to get too jealous imagining sipping on some martinis with this squad.

Happy Birthday to my amazing friend @jljefflewis ! We share a birthday which explains it all... 😳😳😳 Thank you for celebrating tonight!!! ❤️

Anyone that knows Shannon Beador knows how important USC is to her -- so naturally Jeff is there in support.

I have been told by my good friend @jljefflewis that I need to "hip it up" a bit with my design aesthetic and I am not going to argue with the expert! 😳 Maybe I will start with one of his new rugs at bit.ly/SHOPJLRUGS. Congratulations my friend on you new rug line at Home Depot! 👏👏👏 #takethatlivingspaces

Only a real friend throws shade at your ex-employer. #TakeThatLivingSpaces

Are Jeff Lewis and Gage Edward Ready to Get Married?