So, Are Kourtney Kardashian and John Mayer About to Be the Hot New Couple?

After Show: Will John Mayer Settle Down? 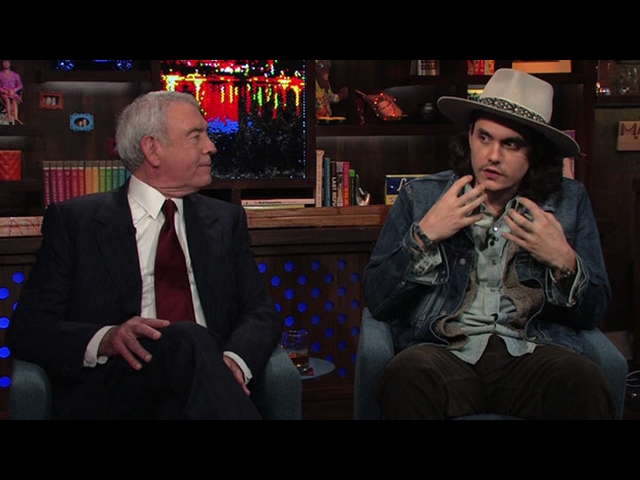 John Mayer is the first to admit it: When it comes to dating, he doesn't have the most shining track record. "If you are someone who cares about your image... dating John Mayer at this point is conceptually a no-no," he once told Andy Cohen. Well, then! Consider yourself warned, Kourtney Kardashian.

Allegedly, things are getting a little flirty between the musician and the Keeping up with the Kardashians sister. Us Weekly reports that the two mingled at GQ's Men of the Year event in early December. And according to an eyewitness, Mayer laid on the charm. He was overheard telling Kardashian that it was "sweet serendipity" that he ran into her, and that he'd like to meet up again soon.

A source also said that the 41-year-old singer is "crushing hard" on the 39-year-old mom of three, though the jury's still out on whether she's that into him. A source told E! News, "Kourtney thinks John is definitely charming but they don't have any scheduled plans to see each other as of now. She loves her freedom and has been very invested in the holiday season with her kids."

And looks like those kids may not include a boyfriend in his twenties this year.

Do Kourtney Kardashian, Scott Disick, and Sofia Richie Get Along?