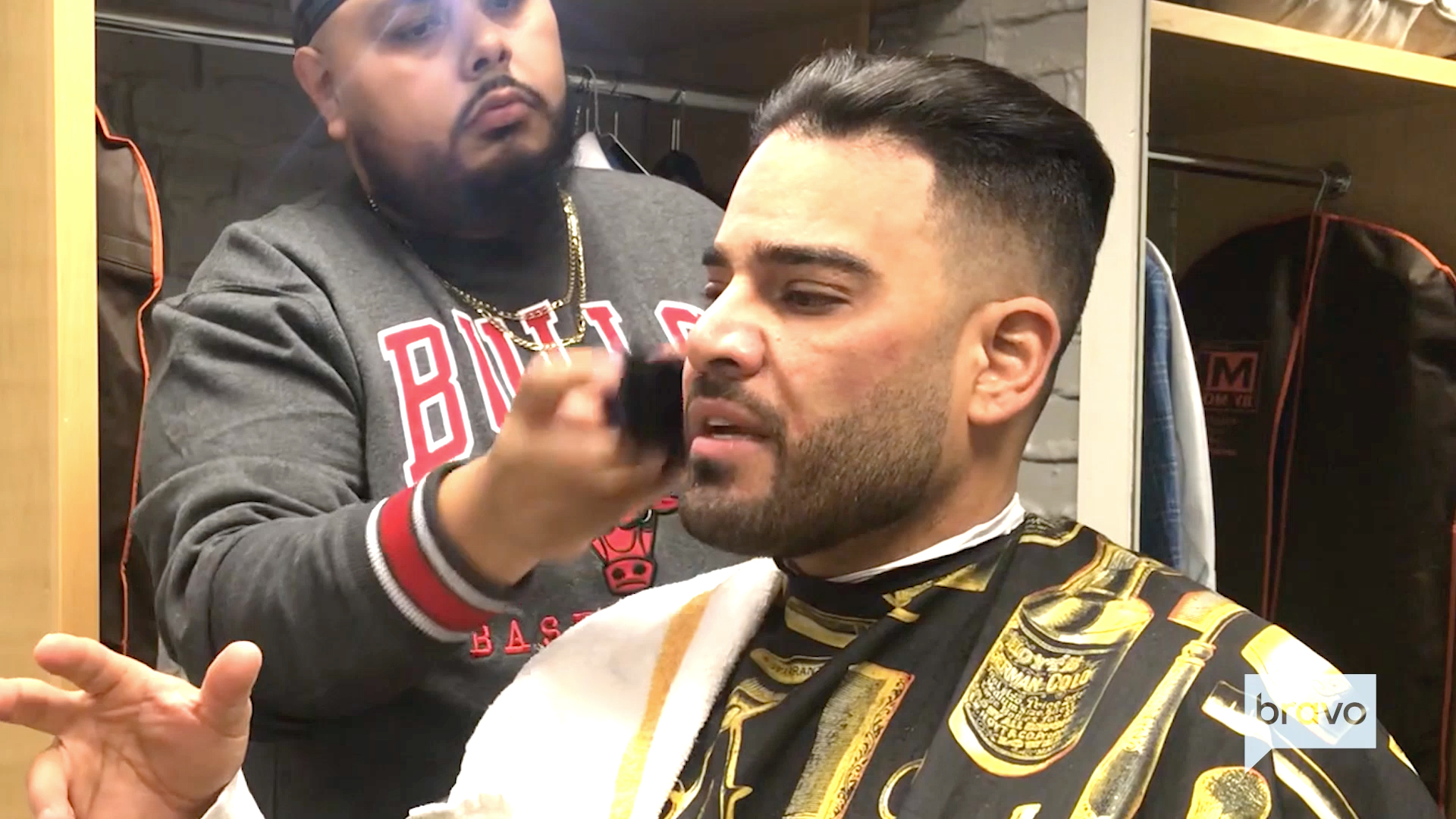 When Mike Shouhed prepared to turn 40, the Shahs of Sunset pal took on a personal challenge of sorts: He worked hard to clean up his diet, and hit the gym daily. Just call it the Shouhed Challenge (Mike did!) And even though he allows himself some indulgences — did you peep his massive birthday cake? — the Shahs pal is taking his challenge into 2019, basing his diet on fresh, healthy foods.

To kick off the New Year in #ShouhedChallenge style, Mike took to Instagram Stories on January 2 to show that he was still following the plan he's been advocating for.

In one photo, Mike showed himself at the gym and shared that he was on day two of a plant-based diet. "I practice what I preach!" he wrote. "Take notes." And in the next snap, he showed the plant-based snack he was about to chow down on. A vegan acai bowl sounds like a pretty sweet way to head into a new year, doesn't it?

So, we're taking notes on this mix of blueberries, bananas, almonds, and hemp granola.

Mike Shouhed Is Stocking the Bar For His 40th Birthday

Teddi Gets Real About Pregnancy With a Makeup-Free Selfie