Shahs' Reunion-Day Prep: Who Skipped Breakfast to Stay Ready for "These Hyenas" — and Who Got "Some Sausage in my Mouth?" 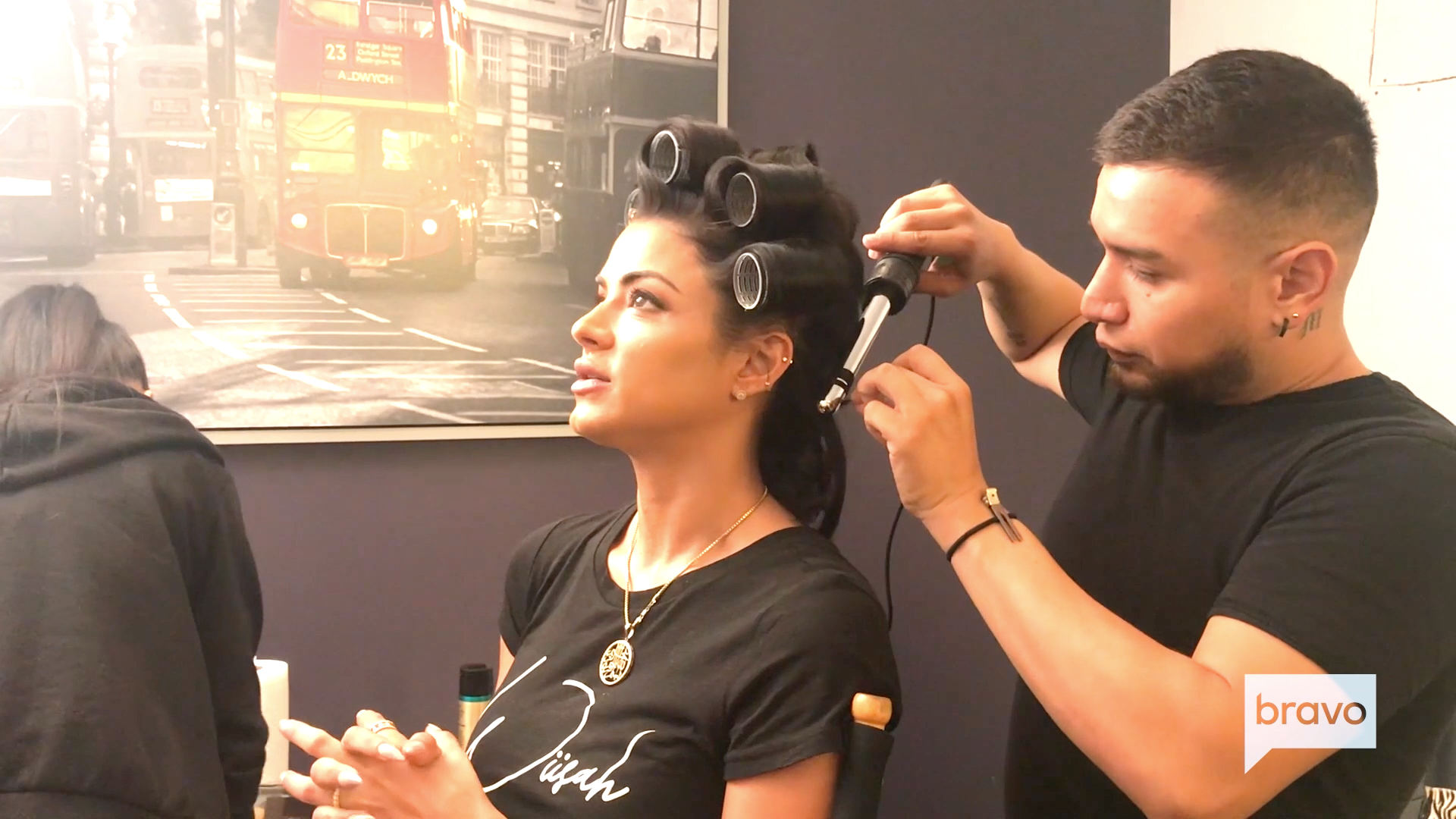 In Bravo speak, reunion day is pretty much the equivalent of D Day: Whether it's crying fights, screaming accusations, or shocking revelations, something major is bound to happen. So, when The Feast caught up with the Shahs of Sunset crew on the day they taped their Season 7 reunion, we had to know: What did they eat to fuel up that morning?

Wearing his sunglasses and looking svelte as ever (he did just shed 48 pounds), Reza Farahan confessed that he'd had one of his go-to foods. "I had egg whites and toast, and a banana, and a coffee," he shared. Simple and clean — we like it!

Here's what Golnesa "GG" Gharachedaghi had to say. "I'm not really typically into breakfast food like eggs and French Toast. I think you've gotta have, like, meat. So I saw some sausage. I'm going to go over there and get some sausage in my mouth."

Nema Vand is of the lighter-is-better school of breakfast thought — and it's a strategy. "I won't eat anything heavy at all," he shared. "I'll have, like, maybe a little bit of oatmeal or something." He added: "Any time I have a big day, if I'm shooting a big commercial, doing something [big], I get very sluggish very quickly. I'll eat lunch at some point. Food slows me down. It makes me sluggish. With these hyenas I have to be ready to go, at all times." (In case you're wondering, yes: They hyenas in question are his fellow Shahs.)

And for MJ "Mercedes" Javid, it's all about the cheese. "My typical breakfast is chamomile tea and feta cheese with English muffin," said the mama-to-be. "Persians, with our feta, it's a very serious business."

Hit play on the clip above to see the Shahs dish on their prep in their own colorful words.

Reza Farahan Reveals Exactly What's in His Fridge (It's Classic!)

Mike Shouhed Is Stocking the Bar For His 40th Birthday