Sign Up for Free to View
Ashling Lorger: Elizabeth Frankini is a ‘Lost Cause’ 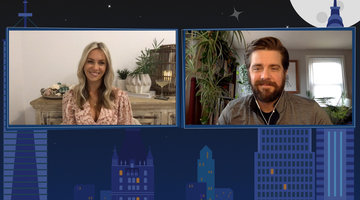 2:07
Show Highlight
Have Ashling Lorger or Eddie Lucas Ever Hooked Up With a Charter Guest? 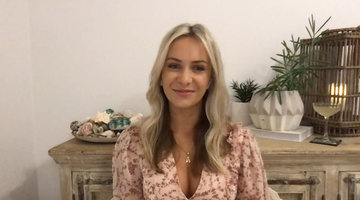 2:02
Show Highlight
Ashling Lorger: Elizabeth Frankini is a ‘Lost Cause’ 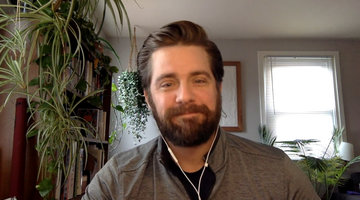 Below Deck stew Ashling Lorger has managed to stay out of all of the interior drama for the most part this season. However, the stew shared some strong feelings about co-worker Elizabeth Frankini during her January 4 appearance on Watch What Happens Live with Andy Cohen.

Andy Cohen kicked off the show by asking Ashling how she felt when Elizabeth accidentally gave her the wrong instructions about changing the charter guests' sheets earlier this season of Below Deck. "Oh, I was beyond pissed. I was not happy," she said. "Let's put it this way: Would you prefer to change one set of sheets or like six, seven pairs of sheets? Let's be honest. I was pissed."

Later in the show, Ashling shared that she was actually understanding of Elizabeth's mistake with the bleach. She even said that Elizabeth "deserved a little shot at" being second stew. However, Ashling said, "If she hadn't proved herself for that second stripe then yes, I think [she] was meant to be demoted."

Andy then asked Ashling, "Was Francesca [Rubi] too quick to try and get Elizabeth fired, or is she a lost cause?" "Personally, she's a lost cause," Ashling said in response. "That girl should have stepped it up a long time ago."

Ashling also defended Francesca when it came to her criticism of Elizabeth. "No, I believe Francesca doesn't have it out for her; I just think Elizabeth's just not standing up for herself," Ashling explained. "She's got no backbone. She's not working hard enough to prove that she can stand by Francesca's side."

Given Ashling's closeness to Francesca, one might think that sharing a cabin with Elizabeth this season might be an uncomfortable situation. However, Ashling said during the WWHL After Show, "I tried to not make it awkward, just because I did have to share the cabin with her. So, personally, I didn't feel overly awkward, because I tried not to think about it."

Elizabeth hinted that she felt like Francesca gave Ashling preferential treatment this season during an interview in the Below Deck After Show. "I remember being like, 'OK, cool, that would totally never have happened if I was on that boat,'" Elizabeth recalled of hearing about the stews going down the slide while she was with the guests during their beach bonfire. "Like, I'm glad you guys can have a little fun."

The stew even thought that Francesca was "100 percent" going to promote Ashling to second stew after her demotion to third stew. "Some people thought maybe I would have switched them, like put Ash straight up into second [stew] and put Elizabeth down [into third stew]," Francesca shared during the Below Deck After Show (clip below). "But it was such a small interior team, I didn't want to create any more tension or drama."

Elizabeth said that she was more determined than ever to do a good job after being demoted. "I took a lot of responsibility as a second stew, but in the end that's just a stripe, it's just a name for something. Being demoted didn't matter to me. I was gonna work just as hard, obviously harder, like never-ending, of course, to prove myself," she said in the Below Deck After Show. "Throw a dog a bone. If that's what makes her feel better about me and more confident in her job, she needs to demote me, that's fine, demote me. I'm still here."

The Below Deck Crew Play Drunk Truth Or Dare
Life is better as an Insider
Bravo Insider is your VIP pass to never-before-seen content, exclusive giveaways, and so much more!
Sign Up for Free
All Posts About
Andy Cohen
Ashling Lorger
Elizabeth Frankini
Francesca Rubi
Below Deck
Work
Related

Izzy Has a Theory on Francesca and Elizabeth's Drama

Is There a Romance Between Ashling and Eddie?