Sign Up for Free to View
The Below Deck Med Crew Go All In for Their Last Night Out: "I Wanna Party!" 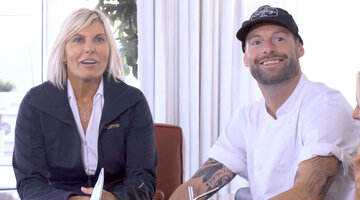 1:51
Preview
Natalya Scudder Delivers a Top-Notch Impression of Captain Sandy Yawn: "All I Can Say Is... Wow!" 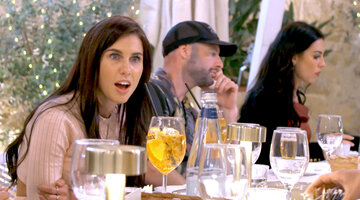 Now Playing
2:04
Preview
The Below Deck Med Crew Go All In for Their Last Night Out: "I Wanna Party!" 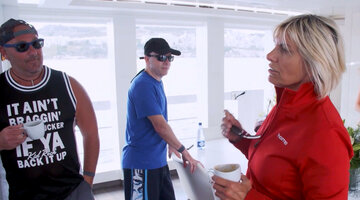 Superyacht Home is getting ready to dock for the last time on Below Deck Mediterranean Season 7, but before the crew members leave the boat (and Malta!) behind, they'll commemorate the end of the season with a final night out.

In a preview for the November 14 finale episode (which you can watch above), the crew grabs dinner in Valletta with Captain Sandy Yawn before they hit the town. Though his ankle injury cut his time as a joint second stew short, Kyle Viljoen rejoins the other cast members to close out the season in style.

While Reid Jenkins explores a potential romantic connection with new arrival Elena Dubaich on the last night, Kyle looks to get back on track with fellow second stew Natalya Scudder once and for all.

Natalya Scudder Calls Kyle Viljoen Out for Calling Her a Bitch... Again

"You're the worst person I've ever met in my life," Kyle tells Natalya in the video. "But, I'm so glad I met you. I love you."

Natalya jokingly responds by saying "F--k you, Kyle," and the two embrace. In an interview, Kyle says that he can move forward with Natalya, but that doesn't mean that he'll soon be forgetting about their past.

"Natalya has got a genuinely good heart; she's a massive ball of energy. After all the tears, farts, tribulations, wars, I can easily forgive — but I will not forget what you have done. But, who's counting?" Kyle says before laughing.

Earlier on in the season, as viewers may remember, Natalya and Kyle were the best of mates. However, Natalya ultimately felt as if Kyle and Chief Stew Natasha Webb were not prioritizing their responsibilities on the boat, and she told Captain Sandy about her grievances. Kyle later called Natalya a "bitch," and he spoke about his discontentment in front of the captain.

The stews tried to work out their differences before, but will Kyle's final-night olive branch be enough to turn the tides for good? You'll have to tune in to the finale to find out.

Watch Below Deck Mediterranean on Bravo Mondays at 8/7c and next day on Peacock. Catch up on the Bravo app.

Life is better as an Insider
Bravo Insider is your VIP pass to never-before-seen content, exclusive giveaways, and so much more!
Sign Up for Free
All Posts About
Kyle Viljoen
Natalya Scudder
Below Deck Mediterranean
Related