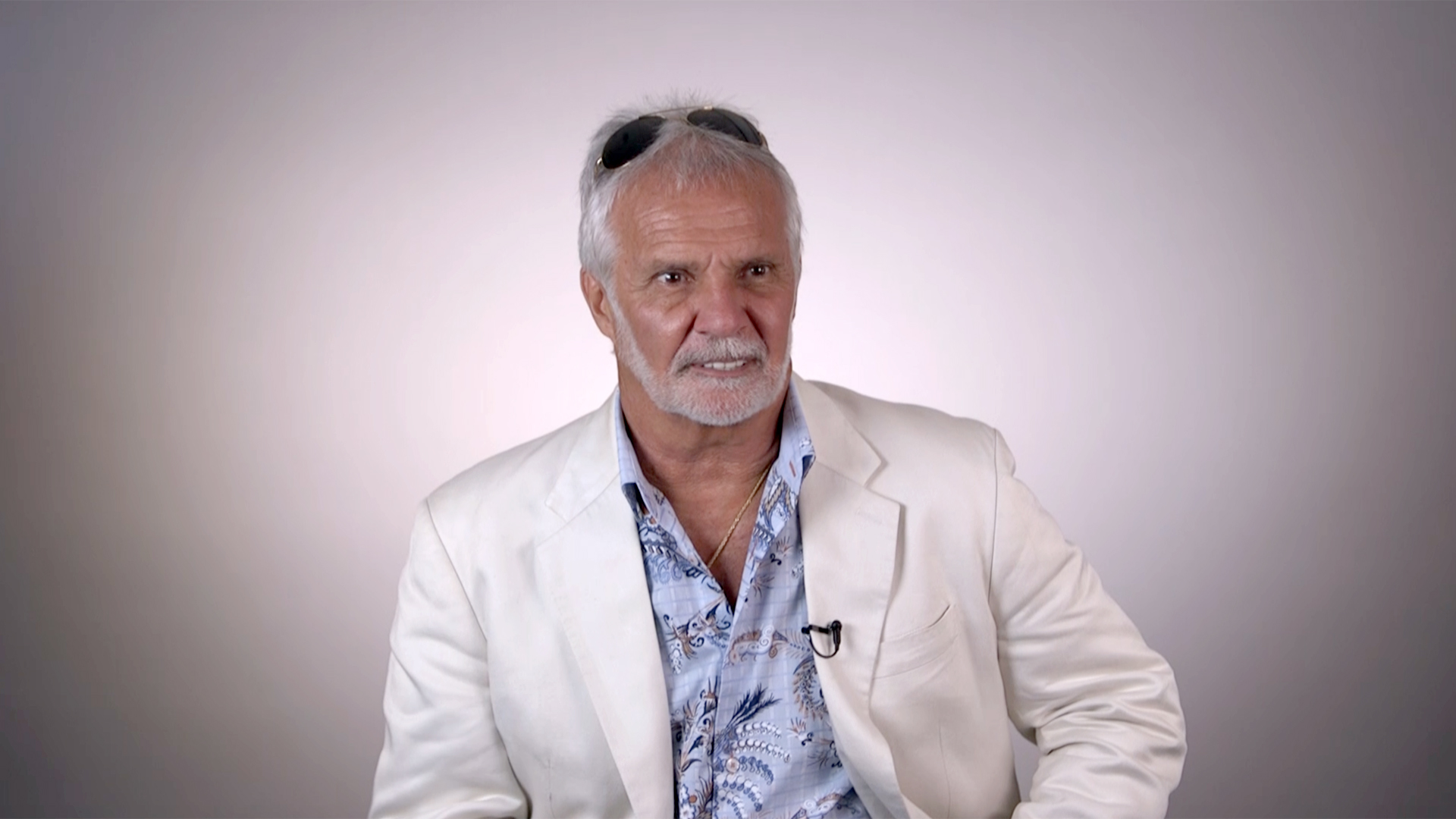 Captain Lee Rosbach has been keeping a secret. The Below Deck boss we know and love as Lee wasn't born with that as his first name, after all.

Yes, The Daily Dish did a little digging (and by that, we mean we looked at his Bravotv.com bio), and we discovered that Lee is the captain's middle name, and his real first name is something different entirely. We know what you're thinking, and no, his legal name is not really Stud of the Sea Lee Rosbach, either, although how totally amazing would it be if it were?

So when The Daily Dish asked Captain Lee for his thoughts on his real first name, which you can find out in the above video, we have a feeling this was one part of Captain Lee's pre-Below Deck life that he would have rather kept under wraps. "It reminds me maybe of a short, fat, stuffy undertaker or something," Captain Lee said of the first name given to him at birth. "Try growing up with that name. That was a lot of fun."

Well, he'll always be Captain Lee to us.

Get an intimate look at Captain Lee's life aboard the Valor after dark, below.

All Posts About
Below Deck
Lee Rosbach
Exclusive
Related Stories

Whoa, Captain Lee Was Once Asked to Leave an Island?!

The One Thing Captain Lee Won't Do for His Guests