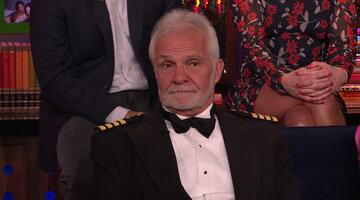 0:52
Show Highlight
Captain Lee Says He was Unprepared for ‘Below Deck’ 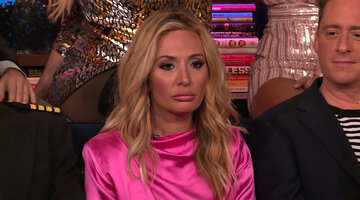 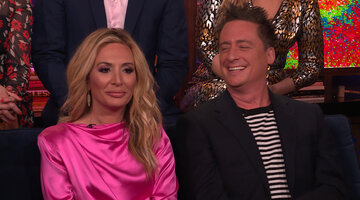 Rocky Dakota may have only served as stew in one season of Below Deck, but fans are still talking about her to this day.

One such Below Deck viewer recently tweeted that they had just finished watching Season 3 of the series and remarked, "[I don't know] how [Captain Lee Rosbach] didn't hand Rocky a plane ticket home."

Captain Lee replied to the fan's tweet and revealed that he was much closer to firing Rocky that charter season than fans may have realized. "Oh, it was close, so close," Captain Lee explained on Twitter.

Rocky did make an exit in Season 3 of Below Deck when she memorably dove off the yacht when she didn't agree with Captain Lee's decision to let chef Leon Walker go. "I thought I was gonna quit. I was trying to quit. I was trying to leave," Rocky said while looking back on the Below Deck moment during the series' 100th episode celebration on Watch What Happens Live with Andy Cohen in January (clip above). "Boom, you fired my best friend. Boom, I'm out of there."

However, Rocky ultimately returned to the yacht and finished out the end of the season with the rest of the Eros crew.

Captain Lee returns to the seas with Rocky's fellow Season 3 crew member, Eddie Lucas, in Season 8 of Below Deck, which premieres Monday, November 2 at 9/8c. Watch the first five minutes of the season premiere in the below video exclusive to Bravo Insider.

Want more Below Deck? Watch the series in full on the Bravo app.

Life is better as an Insider
Bravo Insider is your VIP pass to never-before-seen content, exclusive giveaways, and so much more!
Sign Up for Free
All Posts About
Eddie Lucas
Lee Rosbach
Leon Walker
Raquel "Rocky" Dakota
Below Deck
Related

Andy's Jaw Drops at Below Deck Spoilers from Captain Lee