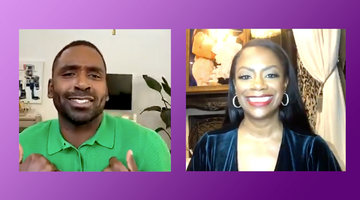 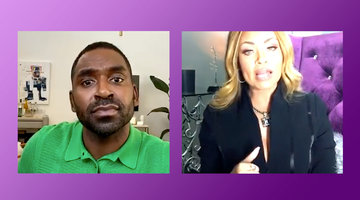 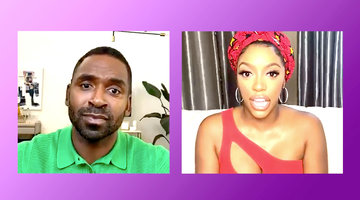 We’re continuing to amplify Black Voices. Join us every Monday in June for a dialogue on being Black in America on Instagram @BravoTV.

While the call for action and change has grown increasingly louder at Black Lives Matters protests across the country following George Floyd's death after a police officer kneeled on his neck when he was arrested, there has also still been violence against people of color. There have been several high-profile deaths of Black people around the country. It's a topic that Bravo's Top Chef's Gregory Gourdet spoke passionately about during Monday's (June 15) installment of the Instagram Live panel, Amplify Our Voices: An Open Dialogue on Being Black in America which also took place in the middle of Pride Month.

"Unfortunately, here we are in this thing, and people are still dying. We lost 2 trans people, part of the trans community, their rights are getting taken away — [they're] getting murdered," he said, referencing the recent wave of violence against Black people and LGBTQ+ people of color in recent weeks, which has resulted in several deaths. "A young man was found hanging in California and they tried to say it was suicide. What we're fighting for is still happening as we speak and as much as we protest, as much as we riot, these things are still happening. People are still getting shot in Georgia, so it's like, 'Are we not loud enough?'"

Garcelle Beauvais Encourages People to "Speak Up" on Injustice

During his conversation with moderator Justin Sylvester, the host of E’s Daily Pop!, he opened up about watching videos connected to cases like Ahmaud Arbery and George Floyd, or reading about Breonna Taylor and how personal those deaths felt for him.

"It was hard to watch [the Floyd video]. I followed Breonna's death [and] murder. I followed Ahmaud's murder. I watched that video. It's awful. I cried," he said. "I'm a runner [and] my sister lives in Atlanta. That could be me."

Gregory also addressed how police brutality, racial injustice, and violence can happen to people of color from all backgrounds.

"My story of hope and possibility is not guaranteed because you can have far more than my family ever did [and] than I ever did, and far less than my family ever did and you can try and get the same thing. You can just be a good person, a good Black person trying to go to school, and end up shot and dead," he said. "When we talk about equality, we're talking about having the same opportunities for everyone across every city, across every economic background. And that's just us working together, so that can exist in America."

Check out highlights from the Amplify Our Voices: An Open Dialogue on Being Black in America conversation above.

Life is better as an Insider
Bravo Insider is your VIP pass to never-before-seen content, exclusive giveaways, and so much more!
Sign Up for Free
All Posts About
Gregory Gourdet
Top Chef
Black Lives Matter
Related