Things are always hectic in Casa Dubrow, but now more than ever!

Real Housewives of Orange County star Heather Dubrow and her husband Terry are breaking ground on their latest foray into the world of real estate.

"Happy Monday! #LetsGetDigging #2014BringIt #RHOC," Dubrow wrote on her Instagram Monday, and shared a series of snaps from their new property.

But before the Dubrow clan officially called in the construction crew, they decided to do it up big with a breaking ground party. Naturally, the theme was a hoe-down. "Amazing day at our Groundbreaking Party. #BuildingOurNewHome #HoeDown #FamilyandFriends #RHOC"

Guests at the hoe-down included Heather's co-stars Vicki Gunvalson and Tamra Barney, who came with her husband and daughter in tow.

Naturally, Heather and her hubby Terry didn't shy away from the cameras!

Back during the summer, Heather revealed the mock-up version that showed what their sprawling new home would look like upon completion.

But before they could even plan on moving in to the new manse, Terry and Heather had a few challenges to face. First up: Convincing their brood of kidlets that it would be a good idea to build a new house.

And while ultimately the kids were okay with the decision, the Dubrow's then had to unload their current home on the real estate market. But that didn't seem to be much of a problem, because it sold for $16 million. Maybe it was the amenities like a solarium, or towel warmers in the master bathroom!

Heather previously gave viewers a look inside her palatial palace. And if this place was too small for Team Dubrow, then we can't wait to see the new home completed! 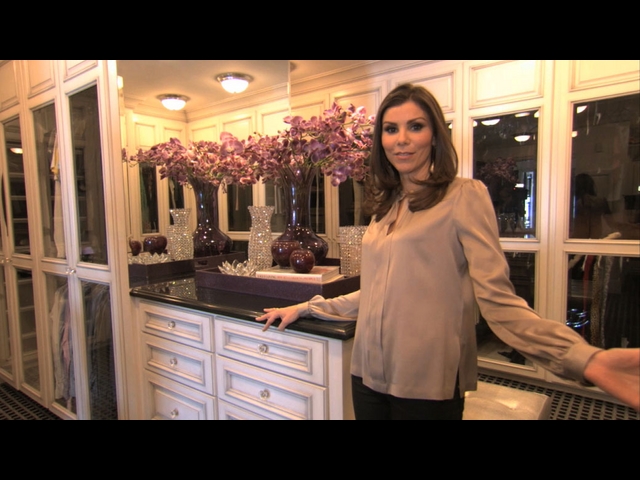 What do you think about their plans for a new home? Tell us in the comments.