Last night on Watch What Happens Live, Andy Cohen was joined by Adriana de Moura and actress Ali Larter. But there were also some special guests in the Clubhouse: Alexia Echevarria and Marysol Patton.

So naturally Andy sought it as an opportunity to have them answer a few questions during the After Show—and he wasn't hesitant to ask about Marysol's romantic life. Is there someone special? Sadly, it doesn't sound so caliente. 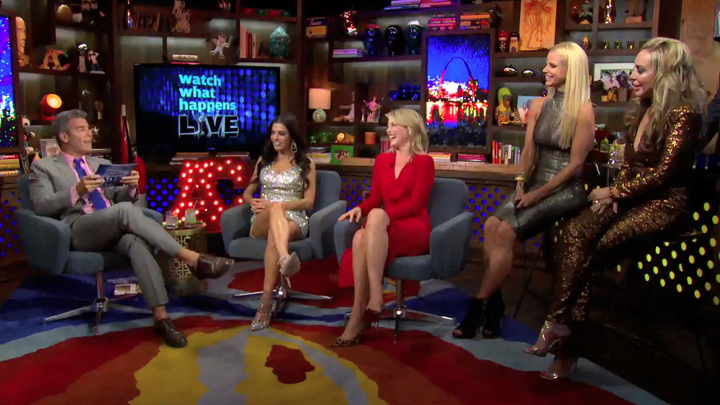 The divorced PR maven admitted that there is no one special in her life right now.

"Is it easy to meet men in Miami? Are they all players or tourists?," asked Andy. Marysol admitted that it's easy to meet men but and this is a big but she can sniff out the players "a mile away." As she succinctly summed it up, "Been there, done that."

"I was born and raised in Miami," she said, "I'm extremely picky, I'm not a child anymore. I'm 46." And as she explained the dating pool moves to the shallow end the older you get.

Do you think Marysol is being too picky in finding a romantic partner? Tell us in the comments.

You Need to See This 1997 Photo of Kim Zolciak-Biermann

So, Did Teresa and Joe End up Hooking up in Italy?

Joe Giudice: What We Missed From the Family's Trip to Italy