Sign Up for Free to View
Teresa Giudice and Her Girls Reunite With Joe Giudice in Italy! 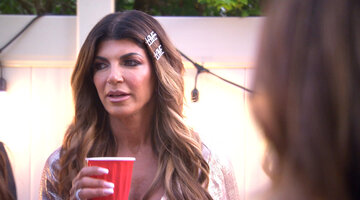 0:42
Preview
Your First Look at the RHONJ Season 10 Finale! 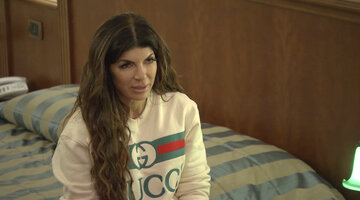 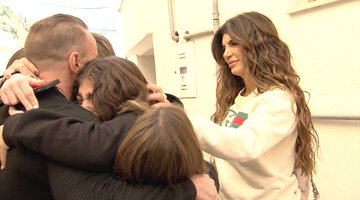 Back together again! Joe Giudice has reunited with daughters Gia, 19, and Milania, 14, in Italy.

Joe confirmed his daughters' visit in an Instagram post on November 6 that shows him first waiting at the airport for his loved ones before another photo in the post shows the dad successfully reunited with his kids as he packs the car with their luggage. “Look for the magic in every moment," Joe wrote in the post, along with "#mybabies #theyareback #heartfilledwithgratitude."

Gia also showed her glee in seeing her dad again in a video in her Instagram Story captured moments after she and sister Milania touched down in Italy. The Real Housewives of New Jersey family then officially got their Roman holiday underway, taking in the sights in the Italian capital.

Joe has been living away from his family in Italy since he was released from ICE custody in the United States in October 2019. Teresa Giudice memorably visited Joe in Italy for the first time last November, along with their four daughters (Gia, Milania, Gabriella, 16, and Audriana, 11), which we saw in Season 10 of RHONJ (clip above). Joe's latest appeal in his deportation case was denied in April 2020.

He most recently received a visit from his mother, Filomena Giudice, last month.

Glad to have mom here

Joe shared during an interview on The Wendy Williams Show in October that it had been 10 months since he last saw his four daughters due to the coronavirus (COVID-19) pandemic. “We talk every day,” Joe noted. “Milania was just gonna call me now. I was watching them play soccer yesterday through the phone. So, good thing for the phones. It’s better to be there in person, but what are you gonna do? Right now, I wouldn’t be able to come there anyway.”

Joe Giudice Revealed Some Big Updates About His Life in Italy

Joe and Teresa finalized their divorce in September. “This is obviously the beginning of a new and exciting chapter for both Joe and Teresa as individuals," Giudice family attorney James J. Leonard Jr. said in a statement at the time. "They remain committed to continuing to raise their four amazing daughters and co-parent as they have for the last few years.”

Life is better as an Insider
Bravo Insider is your VIP pass to never-before-seen content, exclusive giveaways, and so much more!
Sign Up for Free
All Posts About
Teresa Giudice
The Real Housewives of New Jersey
Family
Kids
Audriana Giudice
Gabriella Giudice
Gia Giudice
Joe Giudice
Milania Giudice
Related

Joe Giudice on His Current Relationship with Teresa

Joe Giudice Gets a Visit From Family in Italy