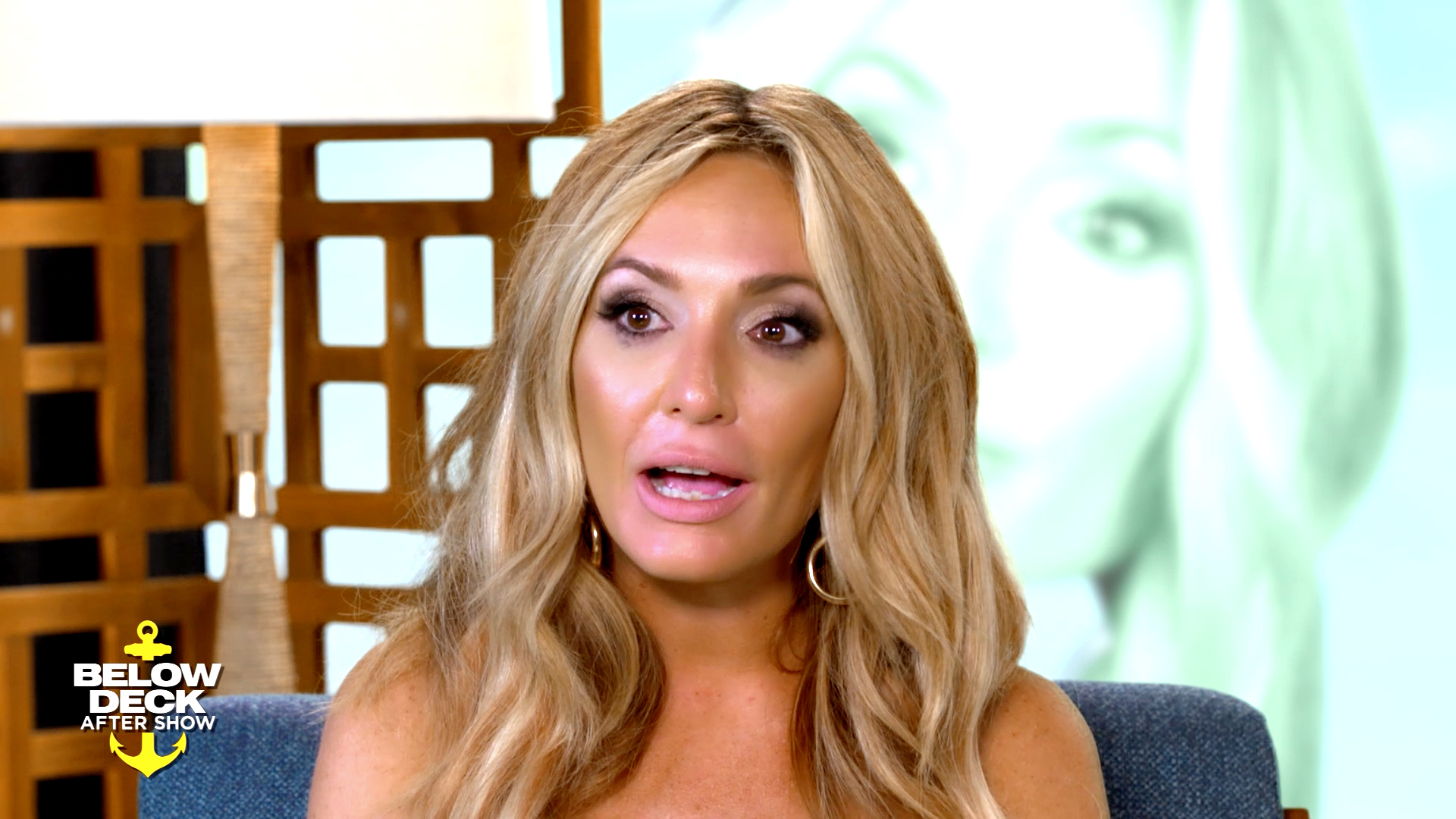 Well, that was a first. Never before have we seen Kate Chastain present Captain Lee Rosbach with an ultimatum — until Tuesday night's episode of Below Deck.

After her "check yourself" argument with Laura Betancourt, Kate told Captain Lee about what went down with the third stew. She strongly suggested that Laura needed to shape up or ship out, or else Kate would be the next M/Y Seanna crew member to walk off the boat.

Kate joked on Twitter as the episode aired that she really took Laura's "check yourself" advice to heart during her discussion with Captain Lee. "After much consideration and self reflection I've decided to check myself... into the nearest 5 star hotel in Tahiti where no one is screaming in my face. ***What I was thinking when I went to Captain Lee and told him I'd be happy to quit," she tweeted.

after much consideration and self reflection I've decided to check myself...
into the nearest 5 star hotel in Tahiti where no one is screaming in my face. ***what I was thinking when I went to Captain Lee and told him I'd be happy to quit. #belowdeck

But in all seriousness, Kate opened up on the Below Deck Season 6 After Show about where her head was actually at when she spoke to Captain Lee, which you can check out, above. "This is the first time I've given Captain Lee an ultimatum, but it was like I had taken two people that frustrated me and put them against each other. Like Captain Lee wanted to question my judgment about Caroline [Bedol]. Well, guess what? I've worked so many seasons with crazy, crazy crew members, and I've pulled their weight, and if he doesn't know that, then maybe Laura should be chief stew," she explained. "I would love to go on vacation in Morea. I've got nothing to prove here."

Captain Lee revealed during the After Show that he was completely caught off-guard by Kate's ultimatum. "Kate has never, ever even hinted at an ultimatum with me because she knows, as I think most people that have dealt with me over a period of time, I don't do ultimatums," he said. "And usually what happens normally in a circumstance like that, both of them end up going."

We now know that we didn't have to say goodbye to Kate or Laura, and that's partly due to the third stew's attitude doing a 180 following her conversation with Captain Lee. "During the meeting, her whole demeanor changed from offense to, 'S-t, I am so busted. I'm close to getting fired, and I just barely started,'" Captain Lee said.

Kate said during the After Show that she also "noticed a swift change" in Laura after Captain Lee gave her a stern talking-to. "I love Laura now. I knew I would like her. It's like I wanted to tell her, but there's no way I could say this to her that she would have received this well," she shared. "She needed to be knocked down a couple pegs, but I think it's difficult for a female to do it to a female without them being like, 'Catfight!'"

Kate also cleared something up about how she has gotten along with her fellow crew members over the years on Below Deck. She refuted Josiah Carter's comment during the After Show that "you don't want to be on the wrong side of Kate." "Everybody keeps saying that. I'm actually so nice," she said. "I just like things to be fair, so if you do something wrong to me, I'm like, 'That's gonna cost you.'"

Check out the full ultimatum moment, below. 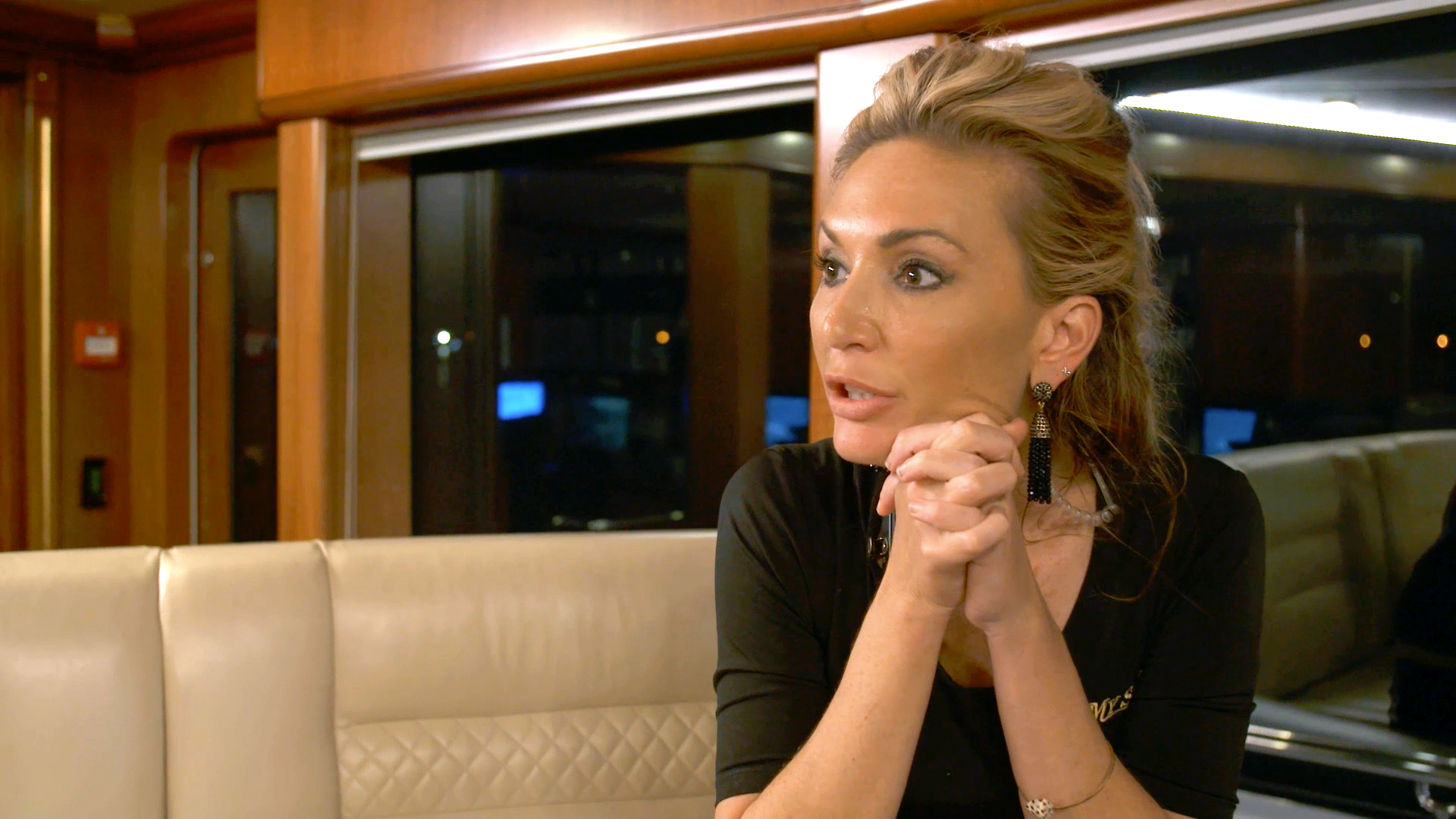 Captain Lee Has a Message for All of Kate's "Naysayers"

Kasey Has a Sassy Holiday Message for Kate