Kate Chastain lived out our Below Deck Mediterranean fantasies when she got the chance to watch Monday night's episode with one of the Season 4 crew members. Unfortunately, not everything about the evening was exactly a dream for the yachties.

Below Deck Med Season 4 stew Aesha Scott joined Kate for a little viewing party of Monday night's episode. But the ladies encountered a bit of a hiccup in their plans. "Trying to watch the episode and I f--king tipped over [Kate's] TV," Aesha shared in her Instagram story in a video that showed Kate's TV looking like it wasn't in such great shape post-accident.

Kate was actually pretty cool about the whole thing. "S--t happens, you know?" she said in Aesha's Instagram Story.

But we wonder how Kate would have reacted if Aesha had done something like this as one of her stews under her watch?

Can Kate Chastain Help Us Better Understand the Enigma That Is Chef Mila Kolomeitseva?

Kate and Aesha kept the party going when they went out after the episode, with the Below Deck Med stew treating fans to a truly unique rendition of the song "Shallow" from A Star Is Born.

Aesha belts out "Shallow" from "A Star Is Born" at a bar after watching Below Deck Mediterranean on June 10, 2019. Photo: Kate Chastain/Instagram Stories

Kate definitely likes what she sees in the interior crew this season of Below Deck Med. She gave some major props to Aesha, Hannah Ferrier, and Anastasia Surmava after seeing them in action in the Season 4 premiere.

Congratulations Hannah! looks like you’ve got quite a strong interior team this season 🙌 #BelowDeckMed https://t.co/O8atc9b6wz

Get ready to watch the crew dish on the buzziest moments of Season 4 when the Below Deck Mediterranean After Show premieres on Bravotv.com and YouTube on July 29. Check out a sneak peek, below. 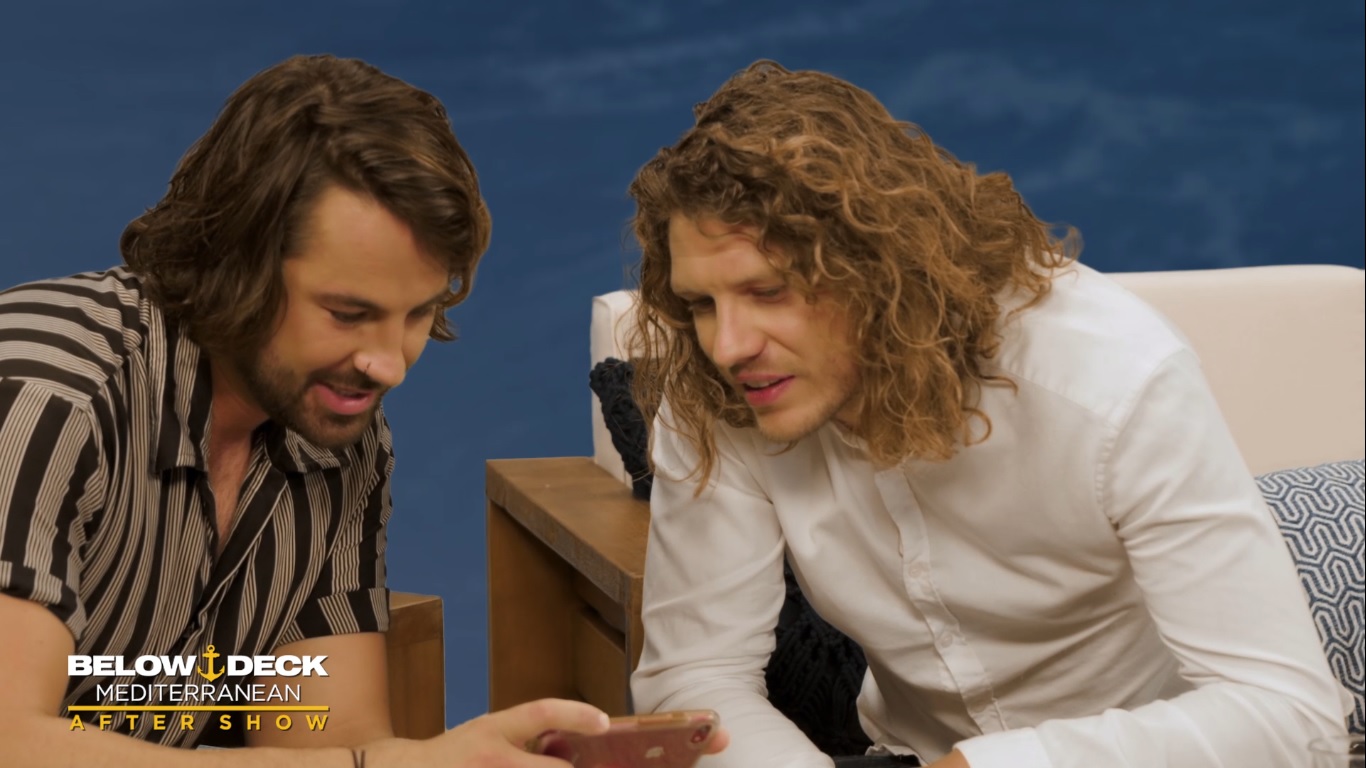 The Below Deck Med Reacts to Chef Mila's Comments