Sign Up for Free to View
Kwame Onwuachi on Top Chef's Season 18 Contestants: "I Think There's A Lot of People to Watch" 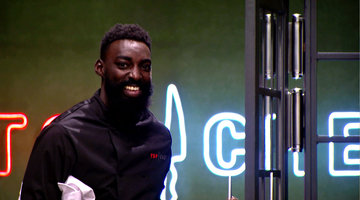 1:45
Top Chef Amateurs
Eric Adjepong Reveals How He Shifted His Focus After COVID-19 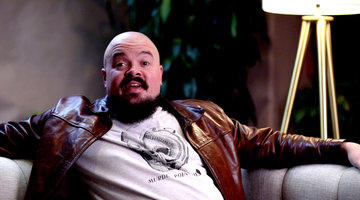 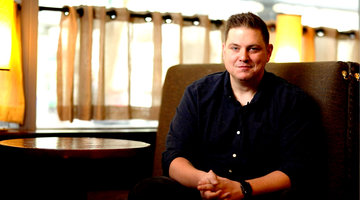 Kwame Onwuachi is taking a seat at the judges’ table during Season 18 of Bravo’s Top Chef. The Season 13 contestant is among several alums joining the judging and dining panel in the upcoming season — and now, he’s sharing what it’s like to be on the other side of the competition.

Kwame recently opened up about his experience as a judge on the show rather than a contestant. “Being on this side of the judges’ table, it gives me a different insight into what critiquing is all about and the responsibility that you have when you are judging someone,” he told BravoTV.

Kwame and the other panelists will have plenty of interesting dishes to discuss and evaluate this season, as he teased in the video above. “The competition this season is great. Everyone comes from a diverse background of experience,” he said. “I think there’s a lot of people to watch.”

As what advice he would impart to the cheftastants, Kwame shared the following words of wisdom: “Don’t get in your head. Season your food, taste your food, and be yourself.”

Top Chef isn’t the only thing keeping Kwame busy these days. According to The Hollywood Reporter, the chef is also getting ready to make his Hollywood debut with a small role in the forthcoming film adaptation of his memoir, Notes From a Young Black Chef. Though details on his cameo have not been revealed, the movie, which will star LaKeith Stanfield, is set to begin filming this summer.

Watch Kwame weigh in on the contestants above, and get a sneak peek at what’s to come, below.

Plot Twist...an Individual Challenge Just Turned Into a Team Challenge
Life is better as an Insider
Bravo Insider is your VIP pass to never-before-seen content, exclusive giveaways, and so much more!
Sign Up for Free
All Posts About
Kwame Onwuachi
Top Chef
Related