Kyle and Kim Richards were both child actresses and even had the opportunity to collaborate with each other on films. But did you know The Real Housewives of Beverly Hills sisters got into an actual physical fight on the set of one of their movies?

Kyle let this info slip while wishing her big sis a happy birthday. In the 1977 film The Car, Kyle and Kim played sisters — so, naturally, being real-life sisters gave them an advantage! Kyle wrote on Instagram, "Happy birthday [Kim]. Do you remember the audition we had for this first photo? It was the movie The Car and the director asked if we ever fight and if we did what was it like.... we proceeded to bite , scratch and almost kill each other. We have had good times and bad but in the end we are sisters and nothing can change that. I hope you have a very happy birthday and all your wishes comes true."

Kim left RHOBH after Season 5 but has made appearances on the show since. Kyle gave an update on how she is doing today during an interview on SiriusXM's The Jenny McCarthy Show. “The audience loves her and you know she has a lot going on in her life right now," she told Jenny McCarthy. "She has two new grandchildren actually.” (Kim's daughter, Brooke Wiederhorn, welcomed her second child, son Hunter, in April. Brooke and her husband, Thayer Wiederhorn, are also parents to 2-year-old son Hucksley.)

Enjoy some vintage Kim Richards, below.

Exclusive
What Does Kim Richards Love? 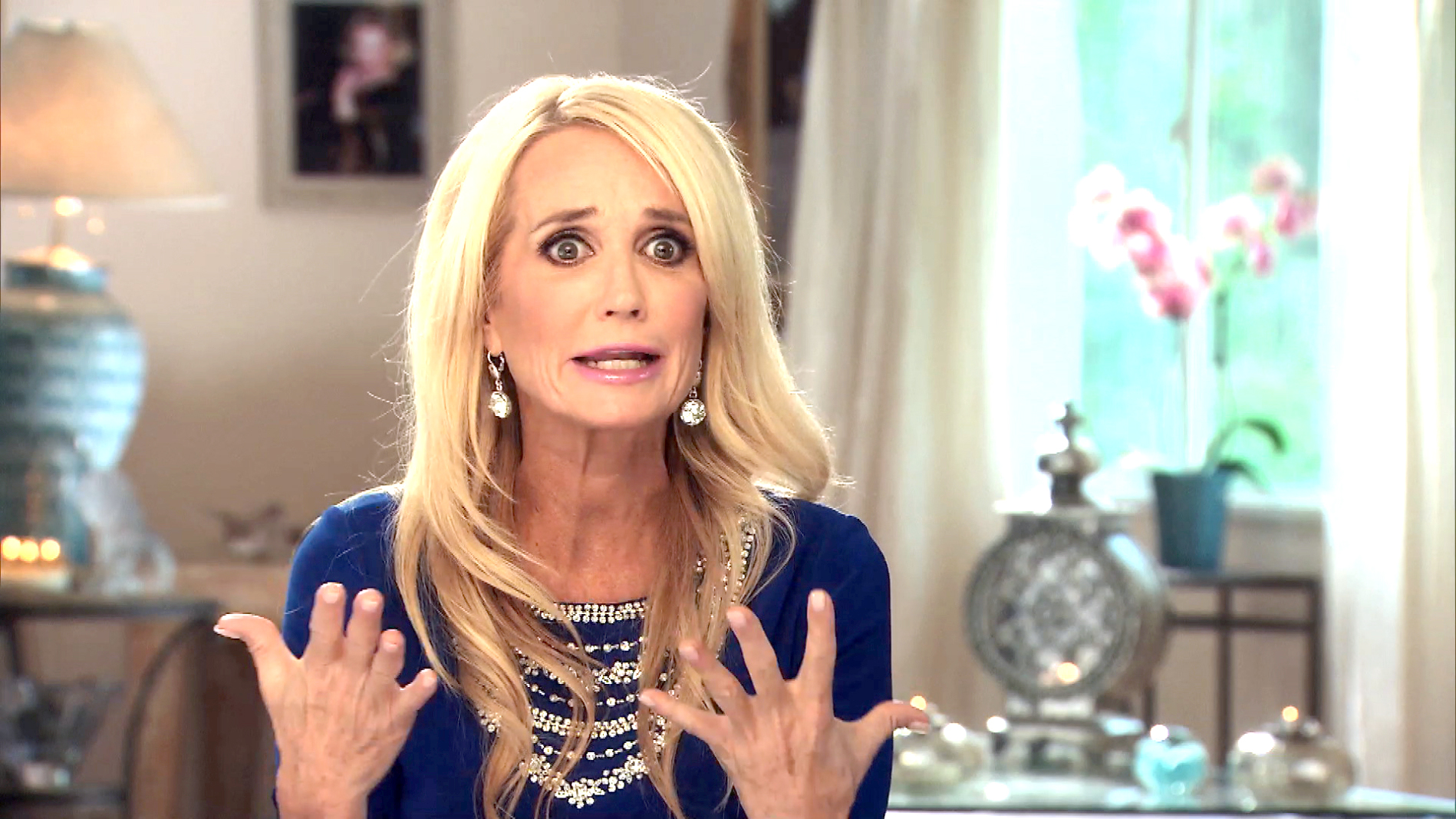 Andy on How LVP, Kyle & Kim Richards Ended up on RHOBH