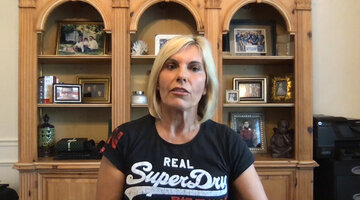 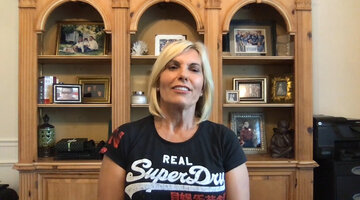 0:57
Show Highlight
Captain Sandy Yawn on Sexism in the Industry 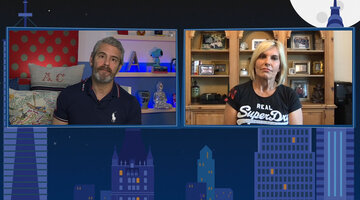 Below Deck Mediterranean just delivered yet another jaw-dropping episode.

After discussing her issues with Hannah Ferrier and agreeing to move forward in a positive direction with the chief stew, second stew Lara Flumiani told Captain Sandy Yawn in the June 15 episode of Below Deck Med that she would be leaving the charter season. "I'm not feeling comfortable anymore," Lara told the captain on the dock the next morning. "It's just not working for me."

Captain Sandy was just as flabbergasted by all of the twists and turns with Lara as we all were while watching the episode. "My mind was blown," Captain Sandy said of Lara's trajectory in the episode during her appearance on Watch What Happens Live with Andy Cohen: @ Home on June 15.

Though Captain Sandy had heard from a friend and fellow captain that the second stew was "amazing" when she worked for him as a chief stew, the Below Deck Med boss said she didn't have the same experience with Lara. "Never in my career have I seen anyone behave that way," she said on WWHL: @ Home (clip below).

During #WWHL tonight, #BelowDeckMed's @CaptSandyYawn revealed that one of her peers was excited to watch Lara on this season: pic.twitter.com/gq5gTjZDoO

Captain Sandy said that it was "terrible" to watch everything that transpired between Hannah and Lara this season and that she "didn't know the magnitude of it." "I wish Hannah would have come to me, but I had no idea. I saw it for the first time when you watched," Captain Sandy said of one of the most heated moments between Hannah and Lara this season. "So I would have terminated [Lara] immediately."

Lara told The Daily Dish prior to the June 15 episode airing that she decided to leave The Wellington crew because she didn't feel like it was "a friendly environment." "I was very, very unhappy. I'm a very sensitive person, so I feel things really strongly, and I just would feel the vibe was really bad for me with the crew," she explained. "So I didn't feel right anymore to stay."

The Wellington's third stew Jessica More recently told Decider that she was "relieved" when Lara left the yacht. “Because when you have someone with not so good energy on a yacht, it affects everybody. Our job is already stressful enough. It’s just kind of a relief," she said. "I’d rather work my butt off and try to cover her position than deal with the attitude, to be honest.”

Hannah wasn't exactly sorry to see Lara go, either. “It was such a surreal, weird experience, dealing with her. I can definitely say I was not unhappy to see the back of her," the chief stew said during a recent interview with Decider. "That’s the thing: When you have someone like that, I would prefer to not have a stewardess. It would actually be easier for me. Because the longer hours, the more work, the more stress, I can handle. I’ve done it all. It’s fine. That is easier for me to deal with than someone who is legitimately making my blood boil.”

Even though she was down a team member for the next charter, Hannah said that she still felt like it was an improvement over the start of the season. “It was so much better," she recalled. "When someone is that bad, that you would prefer to just not have someone and do their job for them, you know it’s bad.”

However, Lara told The Daily Dish that leaving just before the start of the next charter was her biggest regret of the season. "I wish that I didn't leave the crew having to deal with the charter guests on their own," she said. "I understand that that wasn't a nice thing to do. I should have at least done the next charter."

See what's on the horizon for The Wellington crew, below.