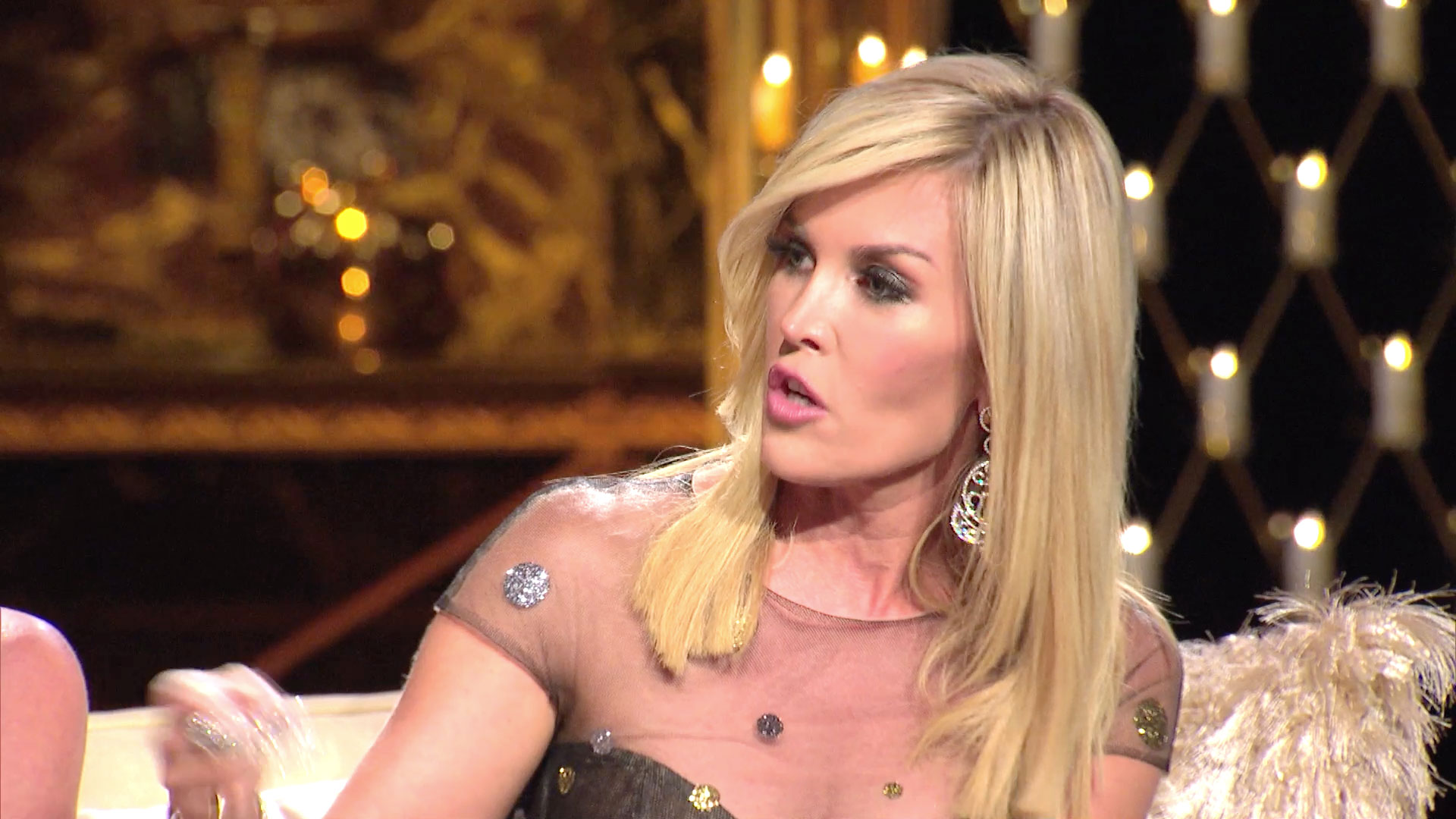 For this iteration of the Ryan Murphy-created series, Grossman shared that her character of Coco St. Pierre Vanderbilt was partially inspired by RHONY's Tinsley Mortimer. The character is a billionaire whose goal is to become a social-media influencer.

"I like Tinsley," Grossman told Nylon. "And, here's a little scoop I can give you: There are shades of Tinsley in my character this season, and there were moments where I thought of Tinsley when I was doing things." She added: "I think Tinsley is misunderstood; I think she is incredibly sweet and I felt terribly for her about what happened at that reunion," referring to the tense Season 10 interaction in which Carole Radziwill said she and Tinsley weren't as close as it may have appeared (clip above).

Tinsley has since responded to Grossman's comments, letting her feelings be known in no uncertain terms. "Love this!!!" she wrote, reposting a story that referenced the comments.

This isn't the only connection between AHS and RHONY. When it was announced that Lady Gaga would play a character named The Countess on American Horror Story: Hotel in 2015, Countess Luann de Lesseps had some advice for the role.

"Walk up, meaning, always holding yourself up and your shoulders back with a lot of chutzpah," she told The Daily Dish. "I think she'll be a great countess. I'm sure she'll have fabulous sunglasses on and fascinators and great looking hats and all that stuff."

Gaga Gets Advice on How to Play a Countess from Luann