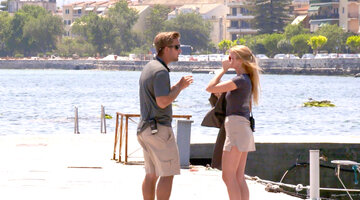 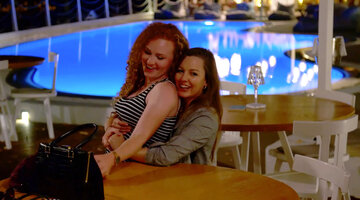 1:33
Preview
Georgia Grobler Admits She Has Feelings for Paget Berry 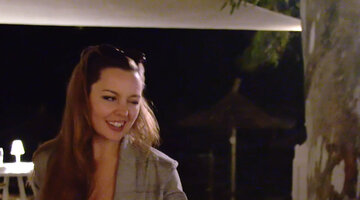 Madison Stalker started off this season of Below Deck Sailing Yacht strong, but in recent episodes, her professionalism, work ethic, and energy have come into question.

In particular, the second stew has expressed feeling exhausted after working the late-night shift on the yacht. However, other crew members, such as chief stew Jenna MacGillivray, have noticed that it seems like Madison has been staying up even later after her work is done to do things like hang out with Parker McCown as he starts his shift in the early morning.

"Lately, Madison has been complaining about being tired when she's actually just been staying up with Parker," Jenna said during an interview in the April 6 episode of Below Deck Sailing Yacht. "I don't think that she's been doing her job as second stew in terms of managing Georgia [Grobler], and I just think that she's one to complain rather than do the job."

When Madison recently spoke to Decider, she explained why it seemed like she was staying up so late on the yacht. "Oh my god, I’ve been so good and trying not to address this. Guests go to bed late, all of our guests were going to bed between 12 and 2am, and you still have work to do after that. We were doing parties and cleaning up all that. You still have to do night duties," Madison said. "So maybe I was staying up a couple times an extra 20 minutes. And I wasn’t sitting down eating dinner, I was never sitting down to eat lunch, and so for me to be able to sit down and eat, and talk with another human for maybe 20 minutes. And when you’re alone in dead silence for like two hours, I mean it could’ve been Ciara [Duggan] coming on at 4am."

Madison also claimed that when she did get to sleep, Jenna and Georgia would interrupt her. "They were coming in and out of the room, they were waking me up to ask dumb questions that they could’ve figured out together. I was by myself at night and you guys have two people in the morning," she shared. "They were pretty disrespectful of my sleep, and I wasn’t getting breaks either, just sporadically."

Madison added that when it looked like she was slacking on the job while she was supposed to be setting up for a beach picnic earlier this season, she "was exhausted" from the prior guys' charter and thought she had enough time to "take a break." Unfortunately, Madison's actions that charter got her into hot water with Jenna and Captain Glenn Shephard, who had a talk with the second stew about her performance in the April 6 episode of Below Deck Sailing Yacht, which you can view, above.

The second stew told Decider that she was surprised her professionalism had come into question when she doesn't believe Jenna has been acting so professionally in flirting with Adam Glick while working this season. "The fact that she went behind my back and her whole thing is, if you have an issue come talk to me about it, and she never even talked to me about it. The fact that she threw around the word unprofessional is just, it was flabbergasting," Madison recalled of her meeting with Jenna and Captain Glenn. "Like, you’re making out in the galley, you’re making out in the crew mess, you’re literally hanging all over someone, during work. It was very uncomfortable and I just was like, it’s fine, it’s fine, it’s fine. It would’ve been petty for me to be like, this is so ridiculous."

As far as that nice note and breakfast left for Parker one morning, Madison said it didn't take as long as Jenna thought. "I’m sorry, it’s not like I made a four-course breakfast. Me staying up late to make him breakfast? What? Dude, it’s a bowl of cereal and a banana," Madison said. "Maybe that takes you 30 minutes but it took me a whoppin’ two."

All in all, Madison said she found her conversation with Jenna and Captain Glenn to be "frustrating." "There’s really no talking with Jenna because she’s very contradicting in a sense. One day it will be this and then the next day she wants us to do something completely different," Madison explained. "It was constantly changing and I was frustrated and honestly, anything I said was just gonna shoot myself in the foot even more so that’s why I listened and went back to work."

Madison and Jenna appeared to leave off on a good note as they got ready for the next charter. Jenna even told Madison that she believed she was going to be "way better" at her job moving forward. "Madison can either sink or swim," Jenna said in an interview during the episode. "I think she has what it takes to be a strong second stew, and I'm hopeful that she can learn what she needs to do to improve and put those things into action."

We'll see how Madison and the rest of the Parsifal III crew fare as this season of Below Deck Sailing Yacht continues Mondays at 9/8c. Check out a preview, below.