Sign Up for Free to View
Dr. Simone Whitmore Thinks Dr. Heavenly Kimes Is the Shadiest 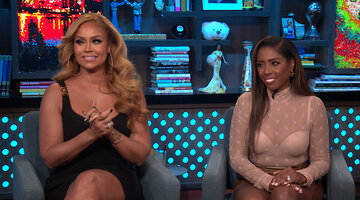 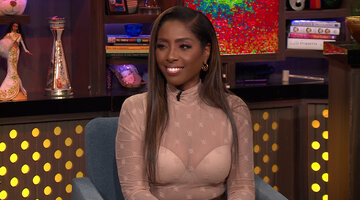 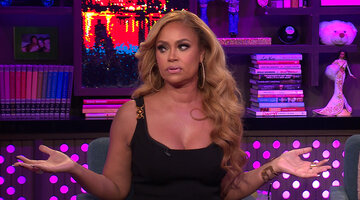 Part 1 of the Married to Medicine Season 9 reunion kicked off on Sunday, and Quad Webb and Anila Sajja made sure they came prepared. How? They both took polygraph tests ahead of the taping.

The cast members had different reasons for doing so: Quad wanted to prove she was never romantically involved with her married contractor, as she had been accused this season, while Anila sought to show that she didn’t stage her home burglary.

Host Andy Cohen eventually read the test results, and according to him, they appeared to state that Quad and Anila were both telling the truth.

Not everyone was in agreement, though. Toya Bush-Harris expressed her doubts during the reunion, as did Dr. Simone Whitmore during a subsequent appearance on Watch What Happens Live with Andy Cohen. There, he asked her, “What did you think of the dueling lie detector tests tonight? Are lie detector tests valid receipts at a reunion?”

“They are not, unfortunately,” Simone responded. “Nobody believes you.”

She even went on to say that the polygraph test administrator — who the Married to Medicine ladies and viewers got a glimpse of during the reunion — “looked like Quad’s uncle.”

That’s not all. Simone later took to Twitter to double down on her assertion about Quad’s lie detector test, writing, “Quad’s polygraph proves ABSOLUTELY nothing!!!” and adding the hashtag “poor thing.”

Quad, meanwhile, maintains that the results are valid and speak for themselves.

Married to Medicine Cast Reveals Highs and Lows of Season 9

Life is better as an Insider
Bravo Insider is your VIP pass to never-before-seen content, exclusive giveaways, and so much more!
Sign Up for Free
All Posts About
Anila Sajja
Quad Webb
Simone Whitmore
Married to Medicine
Reunions
Related
BravoCon 2022

Anila Sajja Sets the Record Straight on Her Home Invasion

Simone Has Something to Prove with Her Reunion Dress