Sign Up for Free to View
Does Mary Cosby Regret Anything From Her First Season? 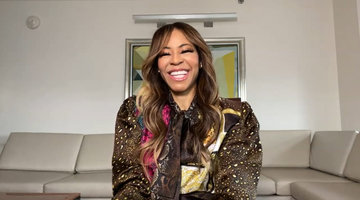 Now Playing
2:54
Show Highlight
Does Mary Cosby Regret Anything From Her First Season? 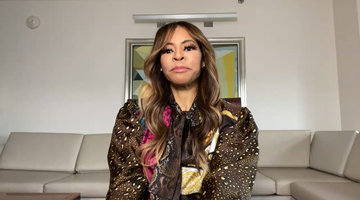 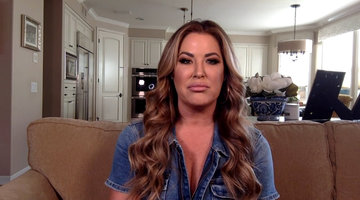 Bravo Digital’s Megan Segura and Erik J. Mac bring you exclusive interviews from Bravo HQ, featuring Bravolebs plus expert commentary and behind-the-scenes scoop straight from Bravo execs. New episodes are released every Saturday morning, wherever you get your podcasts.

From Leah McSweeney training with her boxing coach to Emily Simpson creating a binder full of research and receipts, Housewives have been known to approach reunions in a variety of ways. Mary Cosby of The Real Housewives of Salt Lake City, however, may have the most unique tactic we have ever seen.

On the January 30 episode of The Daily Dish podcast, the RHOSLC cast member opened up about the interesting way she coped with drama at the reunion when things started to get heated.

When asked to rate the reunion for how painful it was “on a scale of one to ten on the torture meter,” Mary replied, “I don’t think it resulted into pain. The only pain that I got resulted in, I fell asleep, and the camera caught me.”

She said that she did not sleep prior to the taping for "three days at all." When her fellow cast members got into a difficult conversation that didn’t seem to be making much progress, she decided to disengage from the situation. “And I just closed my eyes to relax and separate myself …and Andy called my name and I said 'no way I was [a]sleep!' Andy said, 'Mary what do you think?' And I [was] just deer in headlights. And I woke up. And I was on it, though. So I couldn’t have fell off that too long. But I did fall asleep.”

Mary also went on to explain that in addition to her quick snooze, the rest of the reunion was slightly overwhelming.

“It was just a lot. I mean, I literally had to raise my hand to talk. I felt like I was back in college, Andy was the professor, and I was like, ‘Okay, can I add something?’”

Whitney Rose, on the other hand, said that she “loved everything about” the reunion when she appeared on Watch What Happens Live with Andy Cohen on January 27. “I loved being able to say what I really felt in moments where I didn’t speak up. I loved watching us resolve conflicts.”

Andy and the RHOSLC cast recently filmed the reunion in person, which is set to air at a later date that has yet to be announced.

Want more RHOSLC? New episodes air every Wednesday at 10/9c or catch up on every episode ever through the Bravo app.

Life is better as an Insider
Bravo Insider is your VIP pass to never-before-seen content, exclusive giveaways, and so much more!
Sign Up for Free
All Posts About
Mary Cosby
Whitney Rose
The Real Housewives of Salt Lake City
The Daily Dish Podcast
Related

Mary Reacts to Whitney Calling Her a "High-End Hoarder"