Tamra Judge *Almost* Walked Off During RHOC Season 10 Reunion: "I Was Shaking"

Preview
Your First Look at the #RHOC Reunion 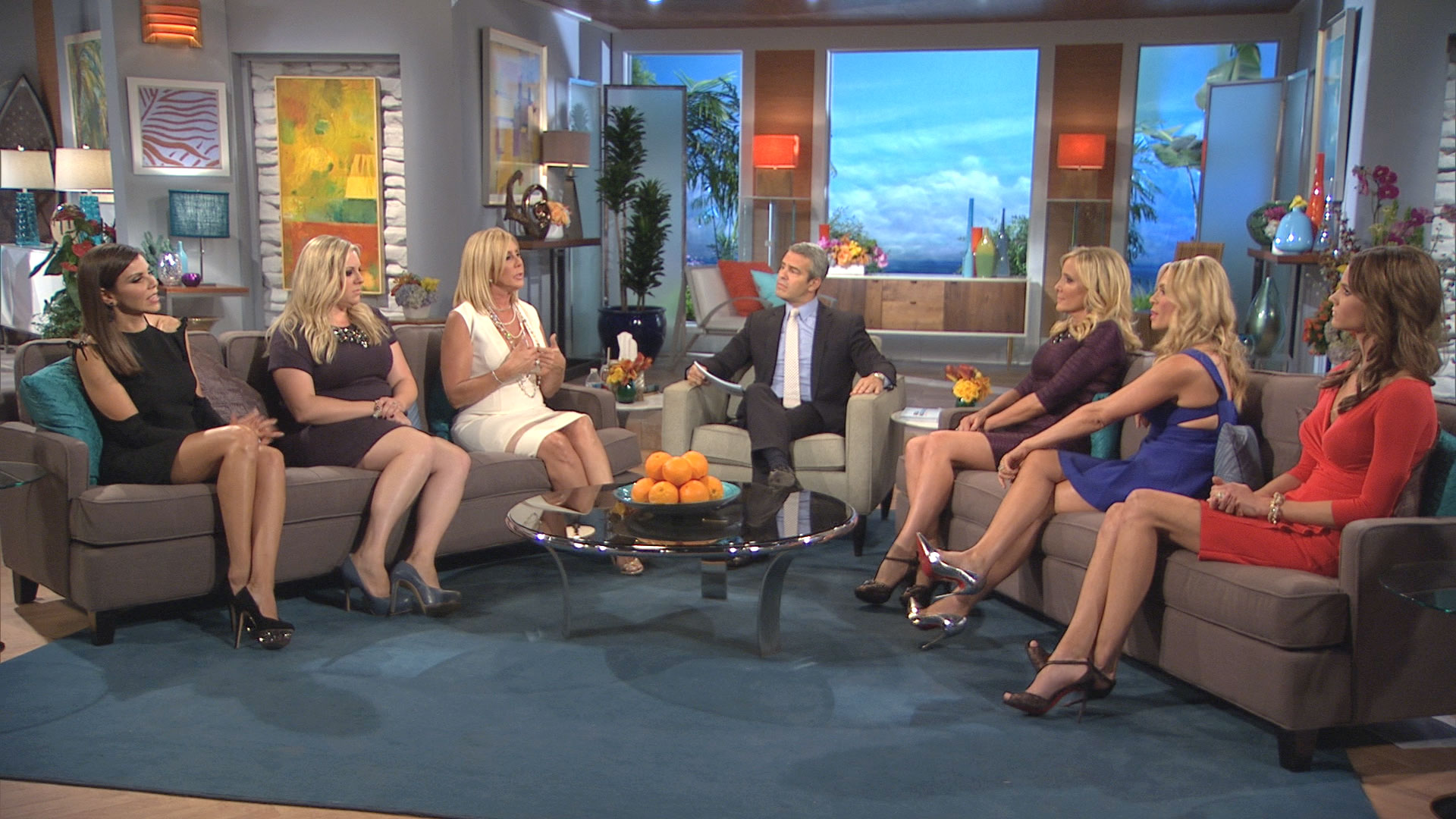 It's clear things are going to get intense during the Real Housewives of Orange County reunion. In the first look at the upcoming episode, the group faces off over some of the season's most controversial issues — yes, like all the drama surrounding Brooks Ayers' cancer diagnosis. When Tamra Judge and Shannon Beador appeared on The Fab Life this week, Tamra revealed she got pretty emotional during the sit-down.

"We went out and had a drink [after the reunion]," Tamra shared. "Oh, what can't you expect? Answers. I almost walked off stage. I was shaking 'cause I was trying to be calm... Don't get me going. I might have to walk off." Shannon further added that she had to support Tamra during those moments, "There were a couple of times where I said, 'Sit down, stay here' [to Tamra]."

Speaking of that drink, it turns out Tamra also indulged in something else after the reunion. "Well, after the reunion — I don't need to tell you what she did," Shannon said. "I just wanted chips and salsa with my husband but [Tamra] texted me a picture of those Mother's Circus Cookies. I still can't get them out of my head!"

Check out their full The Fab Life appearance below, including their favorite workout regimens and the reason for Shannon's signature love of lemons.

Vicki at RHOC Reunion: "I Didn't Lie on Purpose"