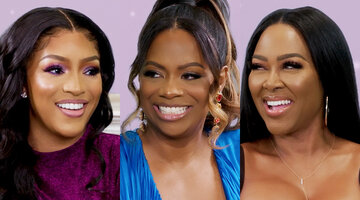 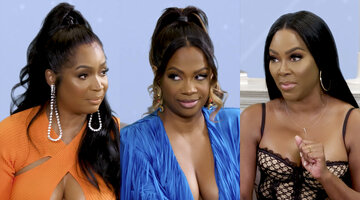 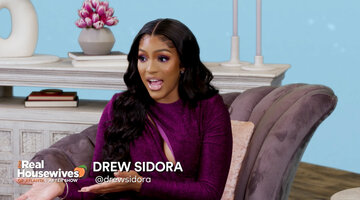 When Drew Sidora stopped by Watch What Happens Live with Andy Cohen on July 31, she was asked about the upcoming season-ending sit-down by Andy Cohen, who, of course, knows a thing or two about reunion drama given that he hosts the events. "Drew, which of the Atlanta ladies do you think should be terrified for the reunion this year?"

"I would say once again, the race runner. She's a track star. We're coming for you, girl," she responded, likely referring to RHOA newbie, Sanya Richards-Ross.

In fact, in The RHOA After Show, the topic of Drew and Sanya's issues have come up, and you can hear all about it in the clip above.

During her appearance in the Clubhouse, the topic of the upcoming Season 14 reunion came up again when it comes to her drama with Shereé Whitfield, which you can check out below.

Of course, Drew and  Shereé's tension has been a subject of discussion this season on RHOA. In fact, in the most recent episode of the RHOA After Show, Drew shared how she feels about their issues today, which you can check out below.

Drew Sidora Claps Back At Shereé Whitfield: "I'm Gonna Keep Coming for Her"

While Drew was on WWHL this past Sunday, she actually weighed in on a number of other RHOA hot topics, including the other ladies' sense of style, a moment she was "frightened" to see play out, some tea on hubby Ralph Pittman, and so much more (with Married to Medicine updates from fellow WWHL guest, Dr. Contessa Metcalfe, being shared as well). BTW, we even get some scoop from Ralph himself. For more on all that, press play on the full WWHL video, below.