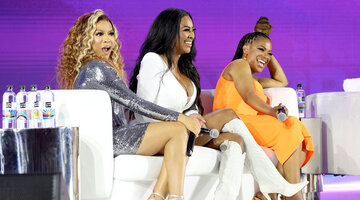 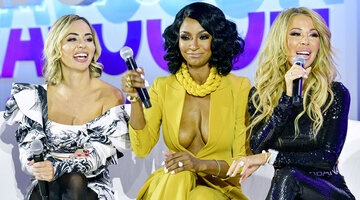 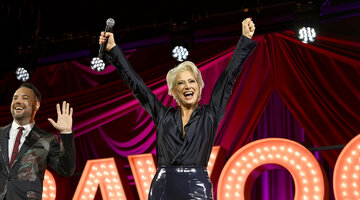 Just a few weeks after announcing that she was starting her Kandi Koated Live podcast, Kandi Burruss has marked an incredible milestone for the series: a billboard in Times Square.

The Real Housewives of Atlanta cast member (whose husband, Todd Tucker, is an executive producer of the podcast) posted a photo of the New York City billboard on her Instagram feed.

“Wow! Just found that I have a billboard in [Times Square] for [Kandi Koated Live]!!! Awww! I’m excited,” Kandi wrote in the caption of her post. “Producing this show with [Todd and] our team has been a lot of fun. January has been awesome!! So many great things happening [and] more to come!”

Todd shared the same photo on his own page and said he was “blessed” to get to work with his wife on the podcast. He also had a supportive message for the Xscape singer.

Earlier in January, the powerhouse couple celebrated yet another accomplishment, which could be why Kandi referred to the month as “awesome.”

The Broadway play they co-produced, The Piano Lesson, became the “highest grossing August Wilson play” in history. Kandi referred to the benchmark as a “dream coming true.”

The spouses of nearly nine years are thriving professionally, and the same seems to be true for the staff members at their Atlanta restaurants, Blaze Steak & Seafood and Old Lady Gang (OLG).

Back in December 2022, Kandi posted a video of a group of employees from both establishments dancing along to Beyoncé’s “CUFF IT.”

The multi-hyphenate shared how grateful she was for her employees in the caption of her post.

“I’m so thankful for our [Old Lady Gang and Blaze Steak & Seafood] family! There are only a few of them in this video but they are the heart of the business,” she shared. “They keep us goin!”

What will Kandi and Todd do next? Fans will have to stay tuned to find out.

Life is better as an Insider
Bravo Insider is your VIP pass to never-before-seen content, exclusive giveaways, and so much more!
Sign Up for Free
All Posts About
Kandi Burruss
Todd Tucker
The Real Housewives of Atlanta
Related

Meet Danielle Cabral: Details on Her Family and Career