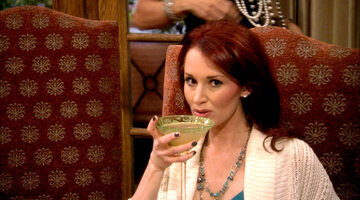 Now Playing
3:22
Show Highlight
The Story Behind the Dinner Party From Hell 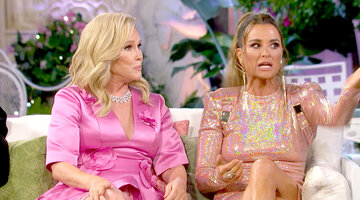 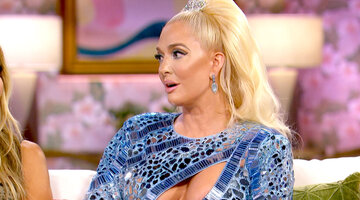 The Real Housewives of Beverly Hills O.G. has been close pals with the designer for more than 30 years, and Faye has had many notable cameos on the 90210 show over the last 12 seasons.

Fans may remember when Faye was an integral guest at the infamous "Dinner Party from Hell" on the debut season of RHOBH, when she went toe to toe with Brandi Glanville about "be[ing] a lady" on Season 3, or even when she attended Kyle's event for the Princess Grace Foundation on the Season 12 finale.

While many friendship dynamics have changed for the RHOBH cast members, Kyle confirmed that she's still just as tight with Faye as ever before.

The Housewives of the North Pole actress posted a photo with Faye on her Instagram feed on November 23.

"Just because," she wrote in the caption, along with a double heart emoji.

Faye sent the affection right back to her gal pal in the comments section by responding with the same emoji and a "Love You" message.

Her connection to Kyle has withstood the test of time, but does Faye look back on RHOBH with fondness?

Would Kathy Hilton Hang Out with Denise Richards?

As Andy Cohen noted on a September episode of Watch What Happens Live with Andy Cohen, Faye has been "in the middle of some drama in the past."

Life is better as an Insider
Bravo Insider is your VIP pass to never-before-seen content, exclusive giveaways, and so much more!
Sign Up for Free
All Posts About
Faye Resnick
Kyle Richards
The Real Housewives of Beverly Hills
Related

Faye Resnick Reflects on the “Drama” of Her RHOBH Days