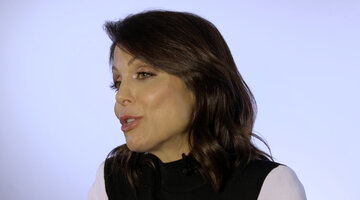 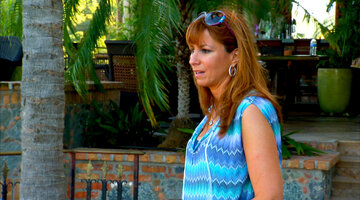 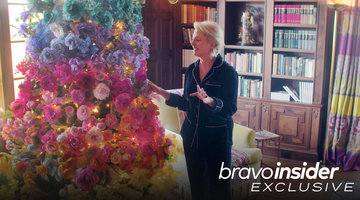 The Backstory from Kyle

To recap, you may remember that in 2021 during an appearance on Watch What Happens Live with Andy Cohen, Kyle shared that while she and Bethenny “still talk and text,” they don’t follow each other on Instagram despite their many decades of friendship (more on that in the video above).

At the time, Kyle explained, “She unfollowed me, and I was like, ‘Well, why do I want to follow someone who doesn’t follow me?’ [who is], you know, a friend, so I just said, ‘OK, well, I don’t need to keep up with her either, then.’” (See video below.)

Back in June of this year, Bethenny and Kyle crossed paths at the 2022 MTV Movie & TV Awards, and the RHONY alum even posted photos from the night to Instagram (of all places), featuring her with the RHOBH cast member.

Cut to this week and Bethenny finally revealed her side of the story when she appeared on WWHL. During her Clubhouse appearance, she shared why she doesn’t follow Kyle on Instagram (although Bethenny allegedly has since started following her again) and if she and Kyle still keep in touch.

“I love Kyle. I have a good relationship with Kyle. I don’t actually follow all of my friends because I like to catch up with them personally. There are people on there I’m not good friends with and I’m not that methodical about it. You could probably look through there and it’s probably like a garage sale,” she said, adding, “Call her up and ask. We talk all the time. I’ll get my phone and text her too. There is no real story.”

From there, Bethenny noted of her fellow WWHL guest, Flipping Out’s Jeff Lewis, “I don’t follow you and we have a friendship.”

Bethenny went on to say, "I don't see Kyle that often. We were really good friends.”

You can check out their full exchange, below.

Life is better as an Insider
Bravo Insider is your VIP pass to never-before-seen content, exclusive giveaways, and so much more!
Sign Up for Free
All Posts About
Bethenny Frankel
Jeff Lewis
Kyle Richards
The Real Housewives of New York City
Friendship
Related

Andy & Bethenny “Mentioned It All” During Latest Reunion