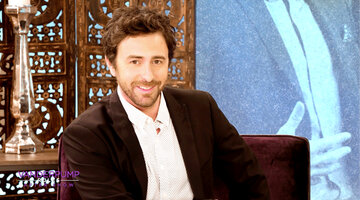 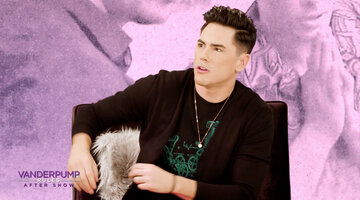 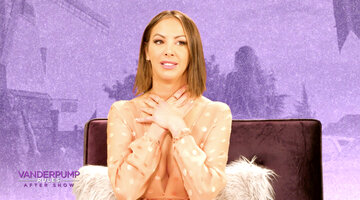 Mazels are in order for Stassi Schroeder and Beau Clark, who are officially engaged. Beau popped the question in a setting fit for a woman who loves the supernatural as much as Stassi does when he asked the Vanderpump Rules podcaster and fashionista to marry him at the Hollywood Forever Cemetery on Wednesday (July 31).

Following the proposal, Stassi gushed to The Daily Dish, "We are freaking engaged! This was the perfect proposal. I got engaged in a cemetery, in a graveyard. This literally couldn't be more romantic. I'm so happy!"

Stassi announced her engagement with an Instagram photo of the happy couple at the cemetery, and we can definitely glimpse her gorgeous new ring in the photo! And judging by the euphoric looks on both their faces, the proposal couldn't have gone any better. The newest Vanderpump Rules fiancée wrote, "OMG. I feel like Meghan Markle."

As you might recall, over the years on Vanderpump Rules, Stassi previously dated Jax Taylor, as well as Patrick Meagher, but seems to have found her match in Beau, who works in show biz in casting and is also a former actor. The future newlyweds went Instagram official in February 2018, but first met in August 2017 after being set up by her besties, Katie Maloney-Schwartz and Kristen Doute. And if you want more on that meet-cute, previously, Stassi opened up about her courtship with Beau during the Vanderpump Rules After Show, above.

They later let viewers in on their adorable romance on Vanderpump Rules, and now we can’t wait to see how this proposal went down on the new season of Vanderpump Rules in the future.

And while Beau has a history with the Vanderpump Rules crew, Stassi previously explained to The Daily Dish what it was like introducing him to SUR boss and den mother, Lisa Vanderpump.

It should be noted, Beau has LVP's seal of approval: "Love me some Beau," she said.

Below, Stassi shares all the details about her future hubby, who she has described as "a really big f—king weirdo."

Everything You Need to Know About Stassi Schroeder's Boyfriend Beau Clark
Life is better as an Insider
Bravo Insider is your VIP pass to never-before-seen content, exclusive giveaways, and so much more!
Sign Up for Free
All Posts About
Lisa Vanderpump
Stassi Schroeder
Vanderpump Rules
Beau Clark
Related