Sign Up for Free to View
Your First Look at Summer House Season 7! 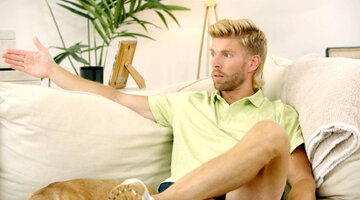 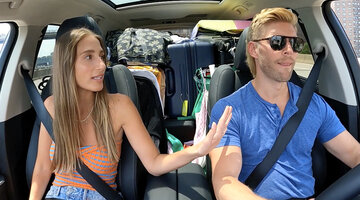 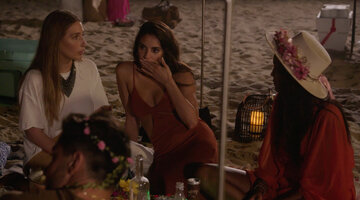 A lot has changed in Andrea Denver’s life since fans met him on the debut season of Winter House.

When Andrea was in Vermont, he shared a romantic connection with Paige DeSorbo that continued once the two went back to New York City. Andrea later joined the Summer House cast for Season 6, and he continued to get to know Paige when they were both in the Hamptons.

However, by the time Labor Day rolled around, Paige decided to pursue exclusivity with Southern Charm’s Craig Conover, while Andrea couldn’t ignore that he still had feelings for his ex-girlfriend, Lexi Sundin.

Fast-forward more than a year and a half later, and both Andrea and Paige are still happy in their relationships with their respective partners, and they’ll both be appearing on the upcoming seventh season of Summer House (which is set to premiere on Monday, February 13).

Before fans see him pop up for some weekend fun on Summer House Season 7, Andrea shared the latest in his personal life and in his career during an appearance on the January 13 episode of Brandi Glanville’s podcast, Brandi Glanville Unfiltered.

Find out what the Italian heartthrob had to say by scrolling below!

Andrea opened up about his relationship with his girlfriend, Lexi Sundin

During the podcast episode, Andrea clarified the timeline of his relationship with his girlfriend, Lexi, a model who appeared on Bravo’s Project Runway.

Here’s Why You Might Recognize Andrea Denver’s New Girlfriend, Lexi

“I met her between Winter House and Summer House,” Andrea explained to Brandi. “I met her, [and] then we broke up right before [the summer]. She decided it; I didn’t break up [with her]. She broke up with me. My reaction, of course, was like, ‘OK, she’s a great person, but whatever, I’m going to the Hamptons. I’m sure I can have a fun time.’”

When Andrea got to the Hamptons, however, he realized that Lexi “was somebody that I really, really was into [and] I loved.”

“I was just really afraid to admit those feelings, and I start[ed] regretting my decision,” he added.

As fans saw on Season 6, Andrea became emotional about Lexi during his Italian-themed dinner party. After that, he said, “a miracle happened,” and Lexi “gave me the chance to explain myself.”

“We’ve been happy and great since then,” Andrea continued.

The pair could soon become engaged

Back in February 2022, Andrea told Page Six that it would be “really nice” to marry Lexi, and it looks like he may soon take the next step with her by popping the question.

Brandi asked Andrea if he had an idea of when he might be getting engaged.

“Maybe this year,” he coyly responded.

Andrea shared an update on his friendship with Craig Conover

During the freshman season of Winter House, Andrea became fast friends with Craig (who was in a relationship with Natalie Hegnauer at the time). Did their dynamic change once Craig and Paige got together?

“The whole Paige thing, it didn’t bother me,” Andrea said on the podcast after confirming that he is still friends with Paige. “I love Craig, he’s a fun guy. At BravoCon, we had such a fun time on a couple panels.”

Andrea wishes Craig and Paige nothing but the best.

“We have some fun, great memories together, and I’m really happy that him and Paige are doing well,” Andrea added.

He revealed the latest in his career and business ventures

In addition to being a booked and busy model, Andrea has also added a few other job titles to his résumé since he made his Winter House debut.

He co-founded a streetwear clothing company, Son of Wind, which he said is “doing really well.”

Andrea is also getting ready to launch his own tequila brand, which he says features a “really good product” with “low sugar.”

“The only alcohol that I like other than wine is tequila, so I really, really needed to be happy with it,” Andrea explained, though he did not say when the tequila will be available to the public.

As if he didn’t have enough on his plate, Andrea is “managing a few properties” in Italy with his dad (his parents both still live in Italy).

Plus, you’ll be able to see him on Season 7 of Summer House.

Summer House Season 7 premieres on Monday, February 13, at 9/8c. Each week the episode will stream the next day on Peacock.

Life is better as an Insider
Bravo Insider is your VIP pass to never-before-seen content, exclusive giveaways, and so much more!
Sign Up for Free
All Posts About
Andrea Denver
Summer House
Related

Here’s Why You Might Recognize Andrea Denver’s New Girlfriend, Lexi