Sign Up for Free to View
Is the Dubrow Chateau Done Yet? 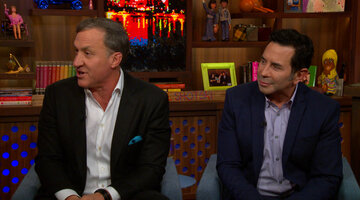 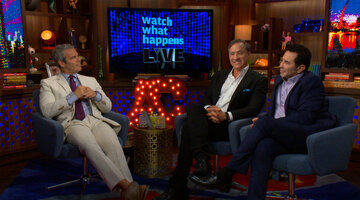 6:18
The Daily Dish
After Show: Plastic Surgery for Men 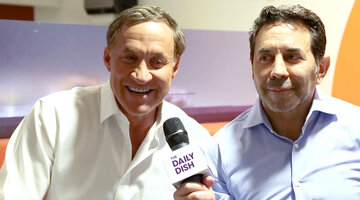 Now Playing
0:47
The Daily Dish
Is the Dubrow Chateau Done Yet?

We've heard a lot about the Dubrow Chateau and that Champagne doorbell, and we've mostly been treated to only small glimpses of the infamous home owned by Heather Dubrow and Terry Dubrow. So, will we ever be treated to a full reveal of the SoCal home designed by The Real Housewives of Orange County alum?

"We're waiting... So the house has been done for two-and-a-half years," Terry explained to The Daily Dish recently. "Heather always says, 'Let's go on vacation.' I go, 'I don't want to go on vacation. My house is like a resort — except my house is bigger.' It's perfection. It's 22,000 square feet. It's got a 22-seat movie theater. It's my haven. Heather has a show called Heather's Closet on YouTube which shows her closet ... We're waiting for the right time and moment to bring the house out. What Heather's done to that house is so interesting and so cool. We do want to share it with everybody. We're just waiting for the right time. The house is ridiculous."

RHOC fans are more than familiar with the Dubrow Chateau. Heather, who spent years working on the massive mansion, took viewers along with her as she went shopping and put the finishing touches on the home. However, she exited the series before it got a proper small-screen debut. And while this home may be perfect (even if we only have Terry's word to take for it), he admits he wouldn't mind another move. Wait, excuse us?!?

Terry Dubrow Already Has a Favorite Room in the Dubrow Chateau

"I want to show the house before we sell it and do a bigger one," he said, laughing. "I've had my eye on a lot. But, you know, Heather can build a house with her eyes closed. She designed every inch of this house by herself, so it's pretty amazing."

#DAYENU What a great Seder/ night with family and friends !

Not bad way to kick off my birthday last night .... I’m SO full ..... my family knows me well @veuveclicquot @petrossianwesthollywood @erinmckennasbakery @vodkabeluga Thank you for the fabulous meal, beautiful cards and all the love ❤️ #maynevereatagain #untillater #vegandessertsrock

My imitation of @drdubrow doing Tae Kwon Do , showing off and pulling his hamstring ... AGAIN !!!@sunrisemartialartscdm.nb

There's no word on whether Heather would be down for another move, but Terry added, "Would I move again? Yes, I like change in my life. I'm a plastic surgeon. I want a before and after."

Below, the RHOC ladies chat about the home a bit more.

Have the OC 'Wives Seen Heather Dubrow's New Home?
Life is better as an Insider
Bravo Insider is your VIP pass to never-before-seen content, exclusive giveaways, and so much more!
Sign Up for Free
All Posts About
Home & Design
Heather Dubrow
Exclusive
Home
Terry Dubrow
Related
The Daily Dish

Heather & Terry's Next Project Will Help You Hack Life

Heather Dubrow "Is Busier Than Ever"

Here’s How Lisa Reacted When James & Ally Moved In Together

Get a Peek Inside James & Ally's Apartment

See the Sweet Gift Paulie Got Dolores for the RHONJ Premiere