The 'RHOC' Stars Gossip About Past Housewives

From Jo De La Rosa to Lauri Waring Peterson to Lynne Curtin, we've seen many stars of The Real Housewives of Orange County come and go. But who do the current Housewives wish had stayed? And better yet, who do they think should stay away?

In a Bravotv.com exclusive video, the ladies reveal the past 'Wives who they wish had never left the show, and which ones they wouldn't welcome back.

Exclusive
Wishing and Hoping on the Former Housewives 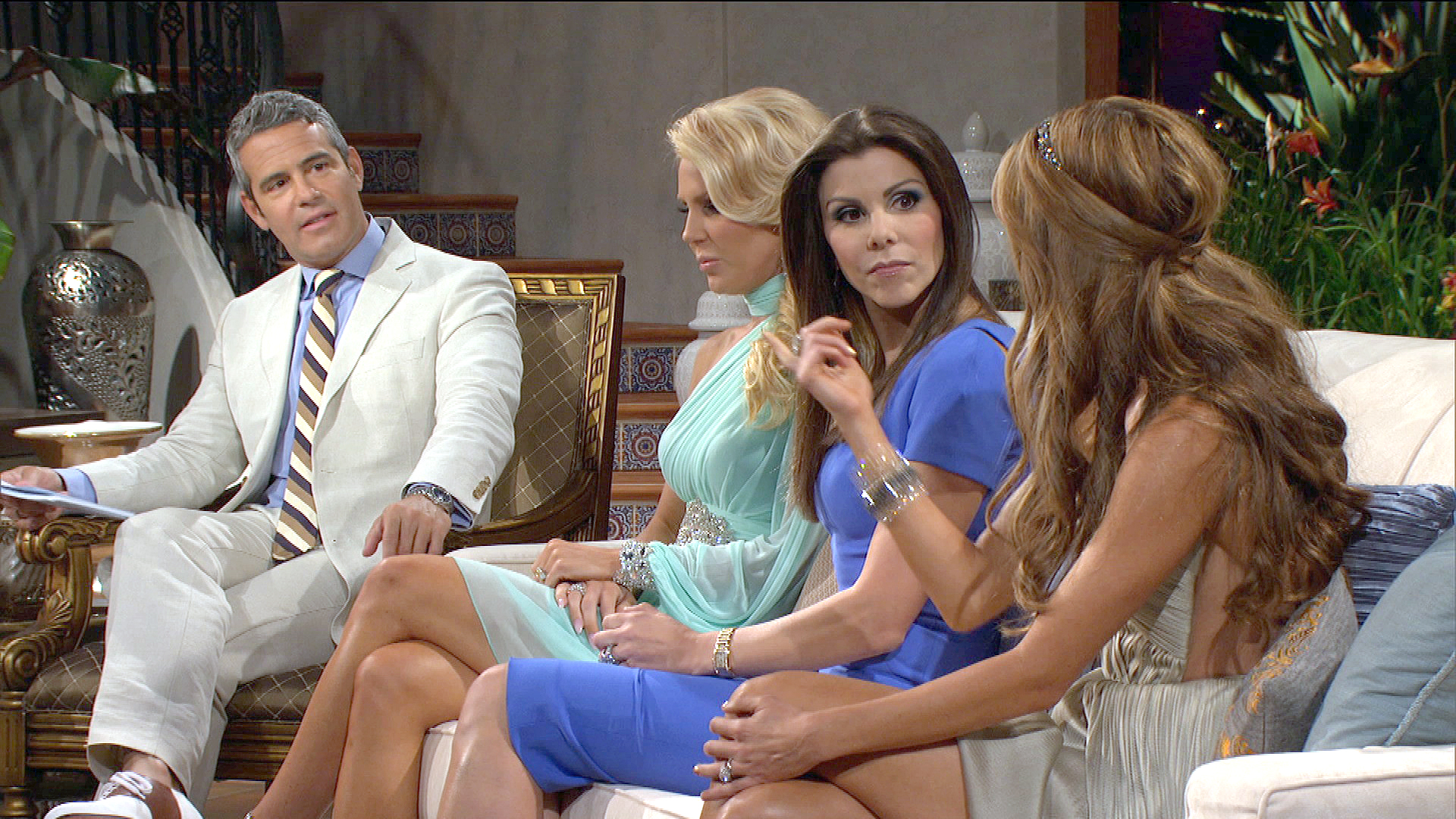 Tamra Barney and Vicki Gunvalson both agree that they would gladly welcome back Tammy to the gang. "Tammy Knickerbocker was a lot of fun," says Vicki. "[That's] easy!" Vicki's other choice Housewife to return? Fellow OG in the OC Jeana Keough. Alexis Bellino and Gretchen Rossi concur: "We're acquaintances, we're friends," Alexis says. "She's the one who got me on the show!"

Even new 'Wife Lydia McLaughlin would welcome back Lynne, whom she met at Tamra's wedding to Eddie Judge. "She's really sweet, so I bet it would be fun to hang out with her."

And now on to the juicier question: Who would they not want to return to the show? Well, the answers certainly aren't surprsing. "I hope Lauri never steps foot near me again," says Vicki. How about Tamra? "Probably Quinn [Fry]. She was the oddball."

As expected, Alexis would not welcome back Peggy Tanous. And Gretchen wouldn't bring back Jo, for obvious reasons. "It would just make sense," Gretchen says.

So where does that leave Heather Dubrow? "I don't think I have anybody, because I didn't watch the show before." Fair enough!