Nene Leakes Is Launching a Line of Streetwear Pajamas

Nene Leakes isn't just the owner of a boutique that has tons of swag. (Actually, make that Swagg.) The Real Housewives of Atlanta fashion expert is also the founder of a new streetwear label — but this brand of silky street duds has a major twist.

If you've been watching Nene's style over the past few weeks, you might have noticed a trend. And if you haven't had your eyes on the larger-than-life Georgia peach, don't worry: We've been watching for you.

Keep scrolling to see some NeNe's latest lewks, which all look like pajamas that were made to be worn out on the town.

Then, when she appeared on Watch What Happens Live with Andy Cohen on March 3, the 'Wife donned this chic look, replete with tuxedo stripes:

At the top of the show, after remarking on Nene's "Farrah"-style beauty look, Andy had to ask her about her outfit. "Are those PJ's you're wearing?" he asked. "Well you know I have a new line coming out, honey," said Nene. "It's streetwear but it's PJs."

Well, that explains it! And don't forget that these PJs were made to be worn out and about, to get all the love and attention they deserve. When an Instagram follower commented on Nene's post: "Love your new line of pjs," the designer was quick to reply with a correction: "It's street wear boo," she wrote.

For more from Nene's clubhouse appearance, keep scrolling. And to catch up with all the Atlanta 'Wives, tune into new episodes of RHOA every Sunday at 8/7c.

After Show
After Show: Did Lisa Vanderpump Mislead Nene Leakes? 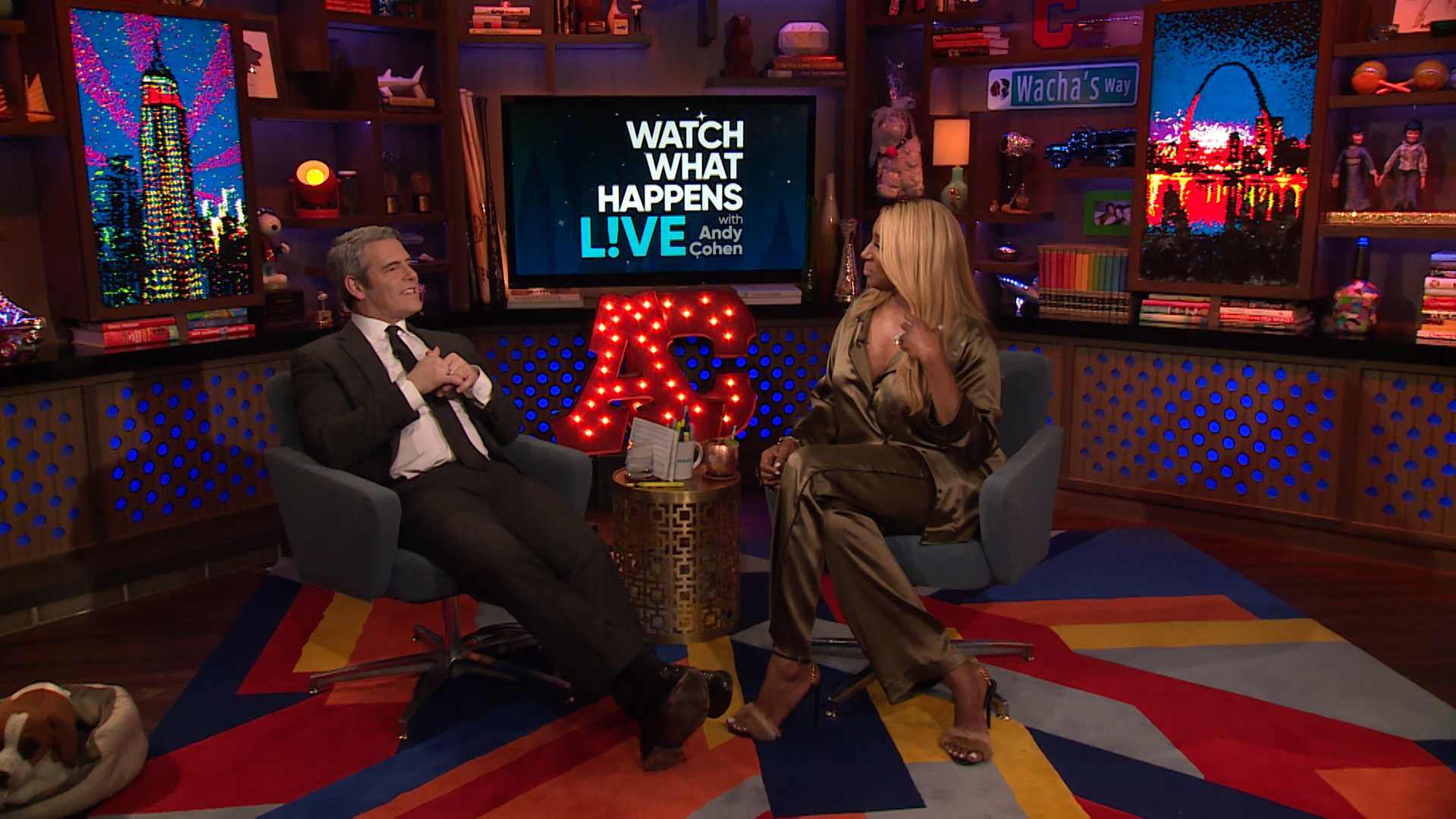