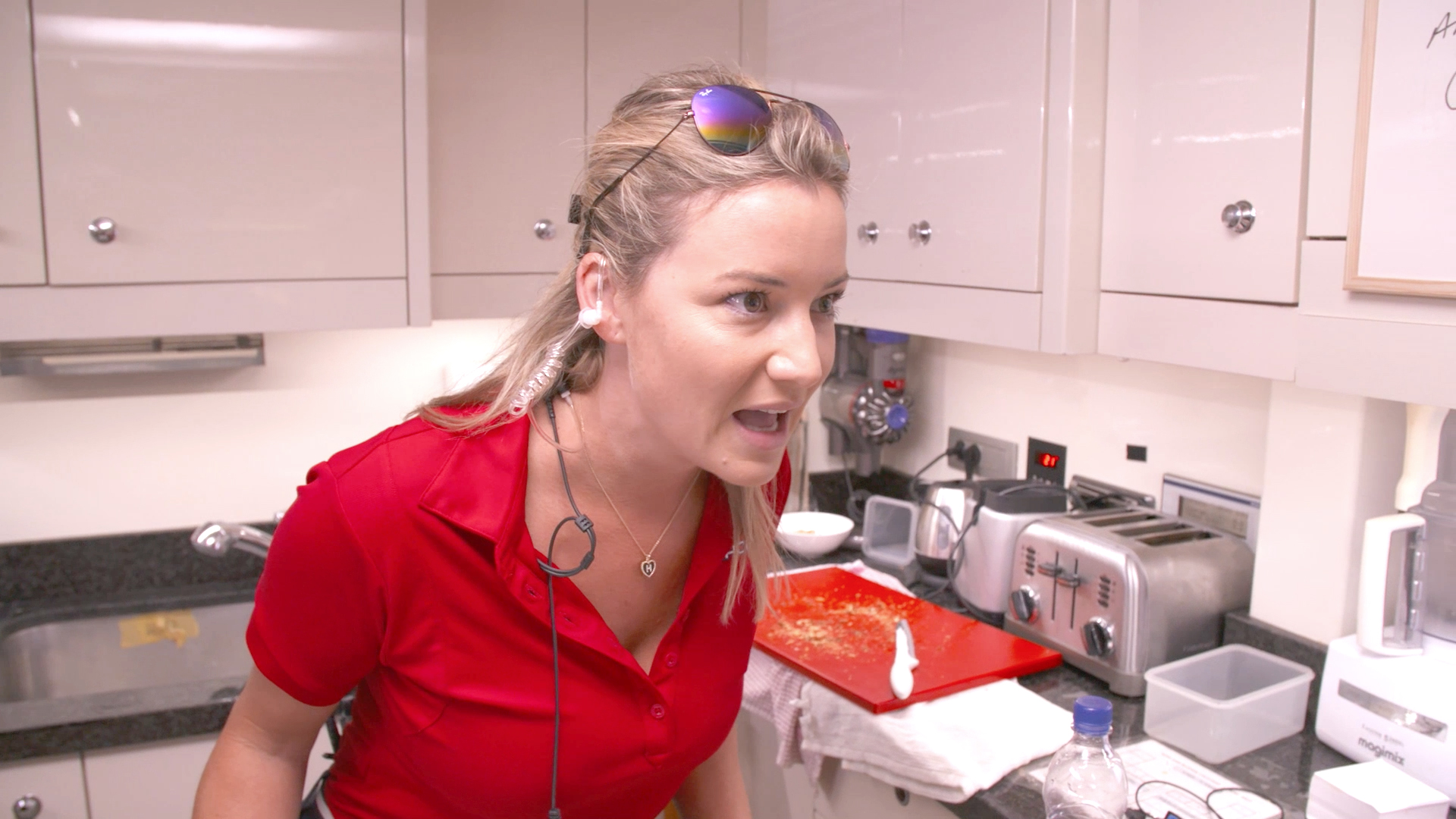 First, there was the infamous taco night. That was followed up by some fishy crab salad — and then, there were the pancakes. (See the clip above.) In short, it hasn't been smooth sailing for the Below Deck Mediterranean crew when it comes to food this season. Let's just say they've been thankful that someone besides Chef Mila Kolomeitseva is able to lend a hand in the galley.

Though Anastasia Surmava came aboard the Sirocco as a third stew, she's quickly proven her prowess in the kitchen. We knew that she had a pastry-chef mom, but it turns out that there's a lot more to her cooking story. And in an interview with Decider, the yacht's most unexpected culinary star shared the exciting new project she's working on now.

Captain Sandy on Her New Crew: "The Chef Is Critical" Because "Food Carries the Charter”

Right after her last yachting season, the intrepid traveler moved to Sri Lanka to open an eco cafe and yoga studio called Ajna. "I met my business partner back in July and he was like, when you’re done with your boat stuff can you move to Sri Lanka, and we built it from the ground up," she told Decider. For this free spirit, it was done and done!

"I’m the executive chef and creative director of this company, Anastasia shared. "I’m gonna be there for a while, I’m still in the process of building everything. The shala was open for about two months, the café was open for about 20 days, just a soft launch. We got great reviews, people loved it, and I’m going back in September to finish building everything and then train my staff on the rest of my menu and staff it with yoga teachers and rock it."

It's official: We now have a yoga shala slash eco cafe on our travel bucket list.

Hannah Ferrier on Why Chef Mila Triggered Her “Red Alarm"

Teddi Just Got Real About Being Sober in Santa Barbara

Erika's Fierce All-Leopard Look Is Exactly What We Need