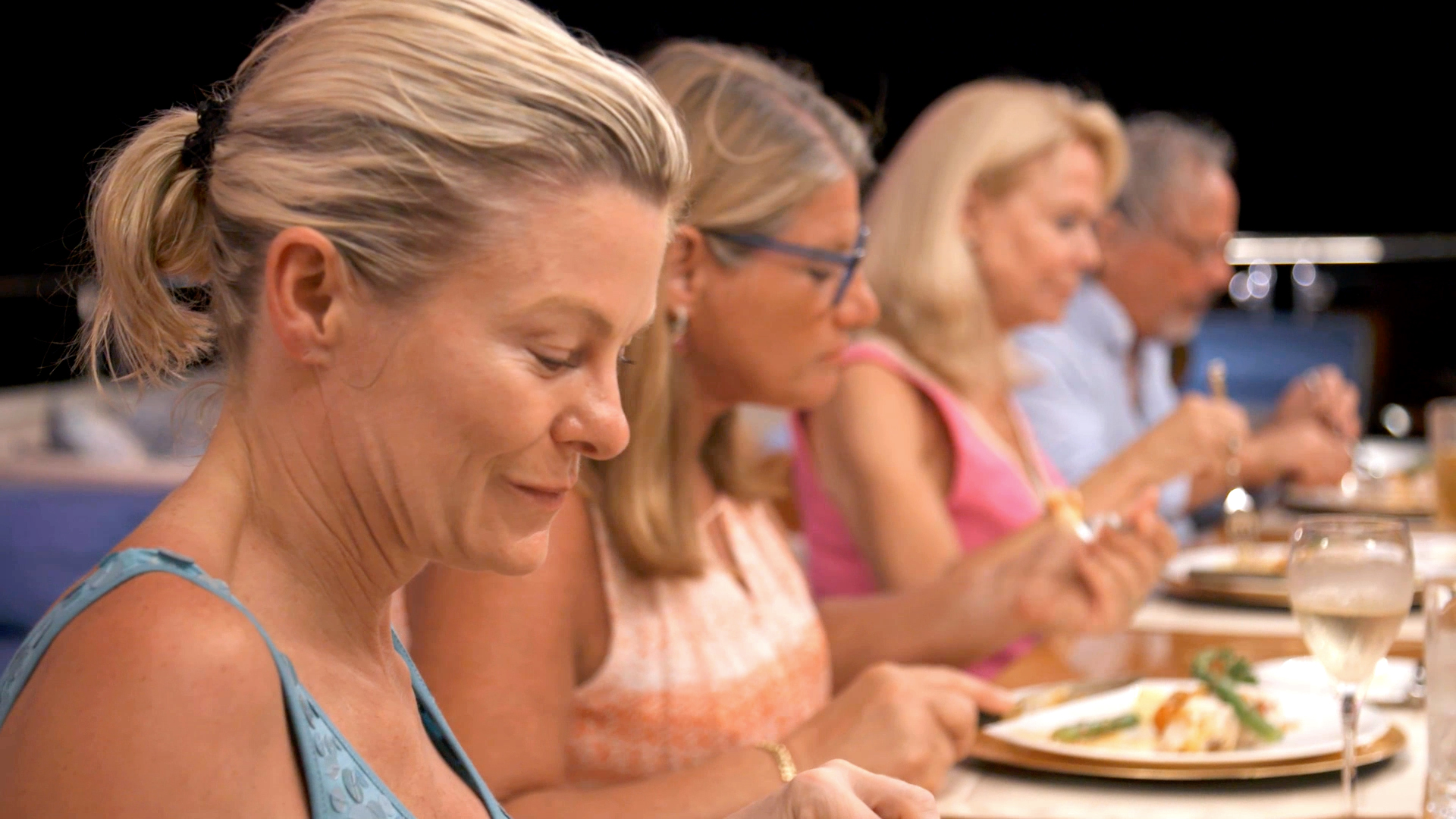 Below Deck Mediterranean Captain Sandy Yawn's new love, Denver-based gospel singer Leah Shafer, is gluten intolerant — and that's the kind of reasonable dietary restriction that Sandy is more than happy to accommodate. But when it comes to guests and their wild preference sheets, the yacht captain has something to say.

"Every preference sheet is hard," Sandy told The Feast, noting that, "People may want fresh truffles flown in that same day from Paris."

"But," she addd, "I want to say this about the preference sheets: The problem we find is that each guest thinks that we have a stash that's in the galley and they can pick each meal."

She continued, "So when they pick their preferences — like they don't eat beef, they don't eat pork, or they're vegan, or they have allergies or whatever it is — you have a group of eight guests or whatever the charter is [and] it's so difficult to provision."

She explained, "Remember we have limited stores on board for that particular type of food. So when you have guests who aren't in the mood that day for that preference sheet they wrote two weeks ago, we've already provisioned — it isn't like they can go in and whip up a different meal."

As much as the crew would love to be able to accommodate every spontaneous request, it can't happen like that. "There's a lot of prep work. And I think the most difficult or crazy thing is when a client goes, 'Oh, I don't really care for this — could you make something else?'"

Hm, where have we heard that before? Oh yes: It was that "chicken is what poor people eat" guest comment that will live in infamy!

Why Captain Sandy Lets Her Girlfriend Choose What They Eat