Sign Up for Free to View
Which Housewives Does Andy Cohen Miss? 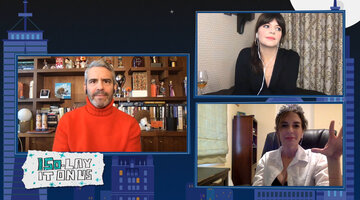 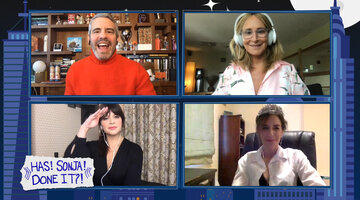 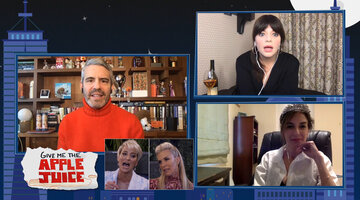 Real Housewives have come and gone over the years, but there are three alums who will always have a special place in Andy Cohen's heart.

During the April 9 episode of Watch What Happens Live with Andy Cohen: @ Home, Bravo superfan and co-host of The Real Housewives podcast Bitch Sesh, Casey Wilson, asked Andy via video chat to name the Real Housewives alums that "you miss the most," which you can view, above.

Andy, who is an executive producer of The Real Housewives, didn't hesitate to answer. "I'm a very nostalgic guy, so I go way back to the beginning to some Lauri Peterson, Lauri from OC. I always miss Shereé [Whitfield]. I love Shereé so much. She always makes me very happy. And Caroline Manzo," he said. "I always go back to the originals."

If you're feeling a little nostalgic like Andy, you can stream some of your favorite shows through the Bravo app, including Season 14 of RHOC, Season 10 of RHONJ, and the full series of Manzo'd with Children. And if you want more RHOA, new episodes air every Sunday at 8/7c or catch up on this season through the Bravo app.

Check out what's coming up on RHOA, below.

Kenya Moore Removes Marc Daly's Belongings from Her Home
Life is better as an Insider
Bravo Insider is your VIP pass to never-before-seen content, exclusive giveaways, and so much more!
Sign Up for Free
All Posts About
Andy Cohen
Caroline Manzo
Lauri Waring Peterson
Shereé Whitfield
Watch What Happens Live with Andy Cohen
Life After Bravo
Casey Wilson
Related