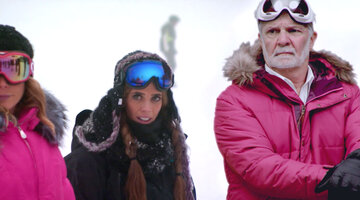 Now Playing
2:00
Below Deck
See Which Bravoleb Was There for Vicki Gunvalson's Whistler Meltdown 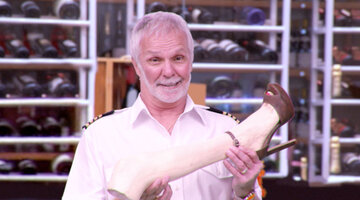 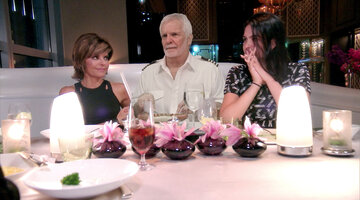 Here at Bravo, we love bringing celebs from different industries together. We mean, have you seen all of the unexpected guest pairings that have popped up on Watch What Happens Live with Andy Cohen over the years? Well, now you'll get to see a wide variety of celebrities from your favorite Bravo shows and beyond in our new slate of original digital series.

Bravo announced that it has given the greenlight to six new original digital series Thursday. This new slate kicks off on Thursday with True Cons: The Tricky Business of Real Life Imposters, an after show for the series Imposters, which is hosted by Georgia Hardstark of the My Favorite Murder podcast and goes behind the cons used in the show. That will be joined by The Weekly Dish Happy Hour launching May 11, which features hosts Angel Laketa Moore and Sharzad Kiadeh breaking down the top pop culture news of the week as seen on The Daily Dish. In addition, Beats and Bites is launching on May 15, which pairs food with music with The Potash Twins as hosts and features special guests, including Wynton Marsalis, Tom Colicchio, Michael Voltaggio, and Robert Glasper.

The fun continues this summer with The First Time I... launching in June. In this new digital series, co-produced by Mashable, celebrity guests like Shep Rose, Shaquille O'Neal, and Russell Brand share stories of first times gone wrong. Adulting by Bravo will also be launching in July, and it follows comedian Chelsea White as she enlists the help of experts, including some Bravolebs, to navigate this thing called growing up. Throwback Bravo will also return in July for another hilarious look back at the most unforgettable moments from Bravo shows, brought to you by Andy Cohen's assistant Daryn Carp.

Rounding out this new lineup of digital series is Ghosted, launching in October, which will feature dumped daters sharing their stories and finding closure with those who ghosted them.

You'll find all of these new digital series on Bravotv.com. Until then, check out one of our latest digital series, What Would Captain Lee Do?, above, and take it back to Throwback Bravo, below.

Throwback Bravo: Remember When We Learned Mama Elsa's a Witch?